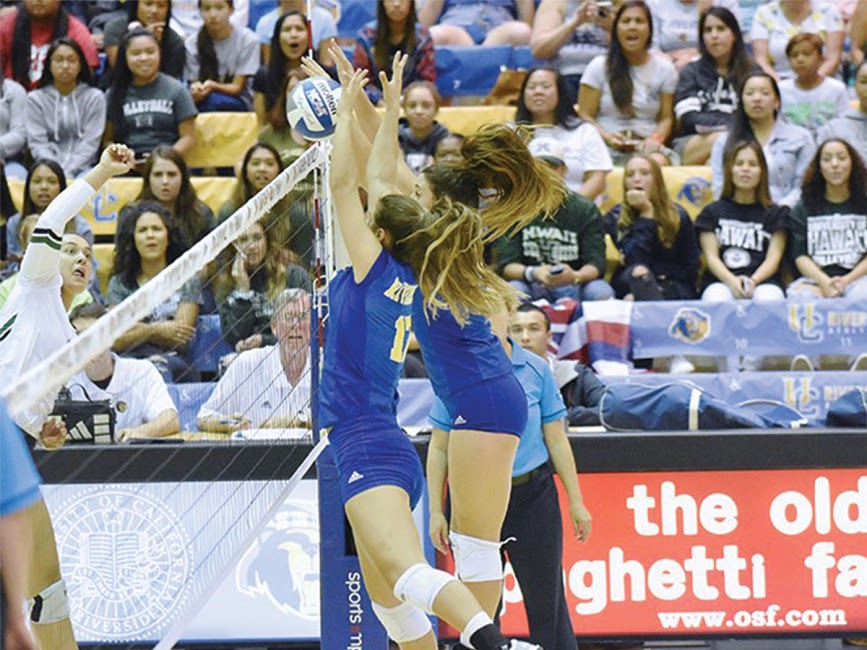 The Highlanders volleyball team finished their season with a 10-18 record while going 2-14 in Big West Conference play. Riverside’s 10 wins were a two-game improvement over their 2016 campaign, but their in-conference win total dropped by one win from a season ago.

The Highlanders’ offseason is now in full swing, but Head Coach Michelle Patton-Coleman isn’t expecting her players to take too much time away from volleyball. Due to NCAA regulations, Patton-Coleman and her coaching staff will be unable to work with the players until January but she’s emphasized that all her players be responsible and continue to work hard over the offseason. After January, the NCAA only allows coaches to work with players two hours per week. “There’s a lot of downtime where they’re going to have to be responsible, staying in shape and touching the ball a little bit. A lot more falls on them,” Patton-Coleman reiterates.

Patton-Coleman’s goal is to eventually return the UC Riverside volleyball program back to its powerhouse status of the 1980s when they won multiple national championships in Division II, but she knows it’s going to take some time. She realizes it takes baby steps to make it back to that level of play, but she’s eager to take the next step, saying, “At the Division I level it’s time we figure out what needs to be done to make that jump into the top half of the conference and that’s our goal for sure to start there.”

The Highlanders will have to improve drastically to finish in the top half of the conference next season after finishing eighth out of nine teams. Patton-Coleman is aware of the needed improvement and says she see’s star potential in a number of her young players. “We have a lot of young talent,” Patton-Coleman says, “being able to develop them into people that are consistent will be a factor. I think we have multiple people who can fill that role.”

Developing is something the team will have to do as a whole if they hope to move up in the standings next year, and it’s something the young Highlander team will have an opportunity to do because the majority of the team will be coming back for at least another year. Redshirt senior outside hitter Brooke Callahan was pretty confident of the potential of the program going forward. “Each year there has been a significant improvement,” explains Callahan, “I feel like each year we’re getting a better group and they’re sticking together so by the time this group’s freshmen are seniors, they’re going to have a really successful season.”

Callahan believes the team can work on maturing. “As a collective I think we can mature in the sense that each individual has to do more in order for the whole entirety of the team to be successful,” Callahan explains, “There was a lot of pressure for our freshman to step up this year and I think that if our freshman can mature and start to play like juniors (and) seniors then they’ll be super successful.”

Patton-Coleman recalls the impact her graduating seniors have had on the program saying, “They’re leaving the program in a better place than it was when they got here,” and she can only hope the current freshman will make a similar impact to help the program recapture past success.