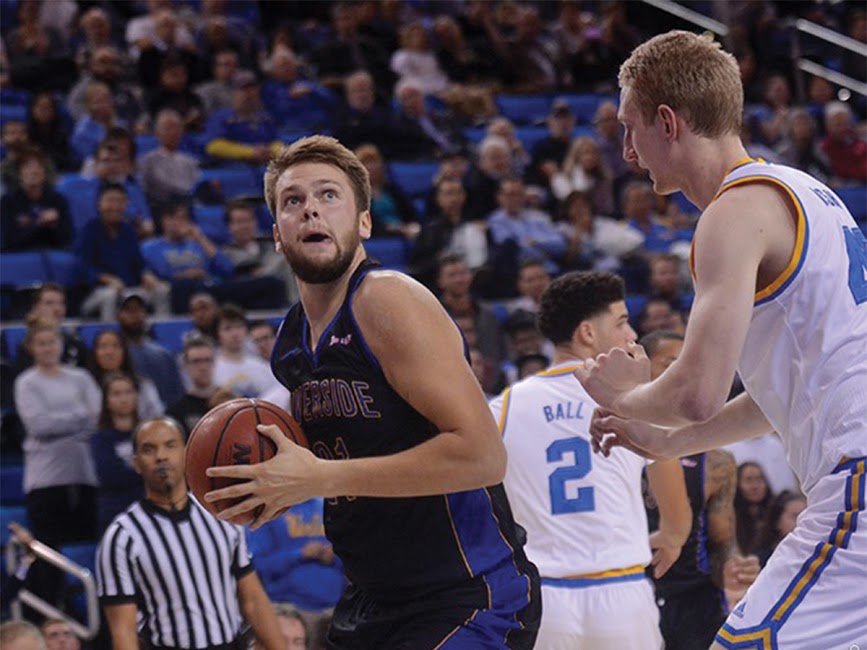 The UCR men’s basketball team (5-11, 0-2) fell to Cal State Fullerton (8-5, 2-0) in its conference opener on Wednesday, Jan. 3. The game went down to the wire, but ultimately went Fullerton’s way when they converted a three-point play to take the 68-65 lead with 7.1 seconds remaining.

The game was Interim Head Coach Jordan Bell’s first game in charge and his first move was to insert redshirt sophomore guard DJ Sylvester into the starting lineup and it made an immediate impact. Sylvester finished with a career-high 24 points in a season-high 37 minutes played. UCR shot only 33 percent from the field while allowing Fullerton to shoot over 50 percent. Although the final score was close, it’s difficult to overcome that bad of a shooting night, especially while failing to hold the opposing team to a similar percentage.

Despite Fullerton’s hot shooting, Riverside was able to hold the Titans scoreless for six minutes in the second half while they went on an 11-0 run to take a 59-54 lead. The Titans would bounce back to hold the Highlanders to 1-8 shooting the rest of the way and earn the victory.

The Highlanders also dropped their second conference game of the week against UCSB (12-4, 1-1) on Saturday, Jan. 6, 65-57. Both teams struggled to convert field goals at a high rate, with both teams shooting under 40 percent, but the catalyst for UCSB was the three-point shooting. While UCR shot a poor 28.6 percent from beyond the arc, the Gauchos shot at a 39 percent clip, making more attempts overall.

The Highlanders next game will be on Thursday, Jan. 11 against in-conference opponent UC Davis in the SRC Arena at 7 p.m. Last season the two sides split the regular season series 1-1.