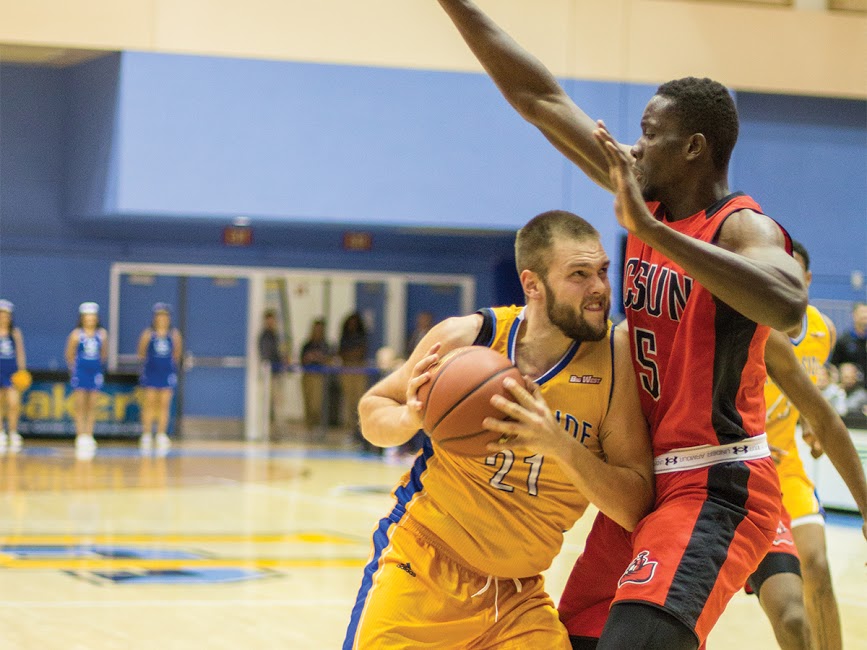 The narrative of UCR men’s basketball playing better at home than on the road, has not held up as of late. After going 4-2 on their floor during non-conference play, UC Riverside (5-14, 0-5) has lost five consecutive conference games, three of which, including last Wednesday’s 66-57 loss to CSU Northridge (4-14, 1-3), have been on their home floor.

UCR trailed for only 50 seconds in the opening half Wednesday as guard DJ Sylvester had the hot hand early on. At halftime, the redshirt sophomore led all players with 15 points on 3-of-5 shooting.

The Highlanders led 31-27 in the opening minute of the second half, but CSUN would respond with a 28-10 run over the next 13 minutes, giving them a 55-41 lead, their largest of the game, as the lead wouldn’t fall under nine points for the rest of regulation.

Redshirt senior guard Chance Murray led the Highlanders in scoring, earning 15 of his 17 total points in the second half while also grabbing eight rebounds.

Sylvester knocked down three triples for only the second time of his career, starting off 3-of-4 from beyond the arc in the first half, and finishing 3-of-6. The sophomore guard only attempted 3 shots in the entire second half and failed to connect on any of them, scoring his game total of 15 points all in the first half.

UC Riverside also had their most efficient game of the season from the free throw line, led by Murray who went 10-for-10. The team made their first 10 attempts from the charity stripe and finished 17-of-19 (89.5 percent) on the night.

This rough patch that the team is going through doesn’t necessarily mean that they can’t compete with the rest of the conference. In fact, four of the five Big West games that the Highlanders have lost in a row have been decided by single digits. In two of those games UC Riverside had the lead after the first half. In this month’s matchup against UC Santa Barbara, the Highlanders were trailing by as many as 24 points at the half but able to cut the Gauchos’ lead all down to a five-point deficit they still lost the game. The Highlanders aren’t getting blown out by their conference foes, they just don’t always seem to play a full 40 minutes of basketball.

UCR’s next game will be on the road at UC Irvine (3-2, 8-13) on Wednesday, Jan. 24 at 7 p.m. This will be the Highlanders’ first matchup of the season against the Anteaters, who they fell to three times last season. The game will be broadcasted on ESPN 3.