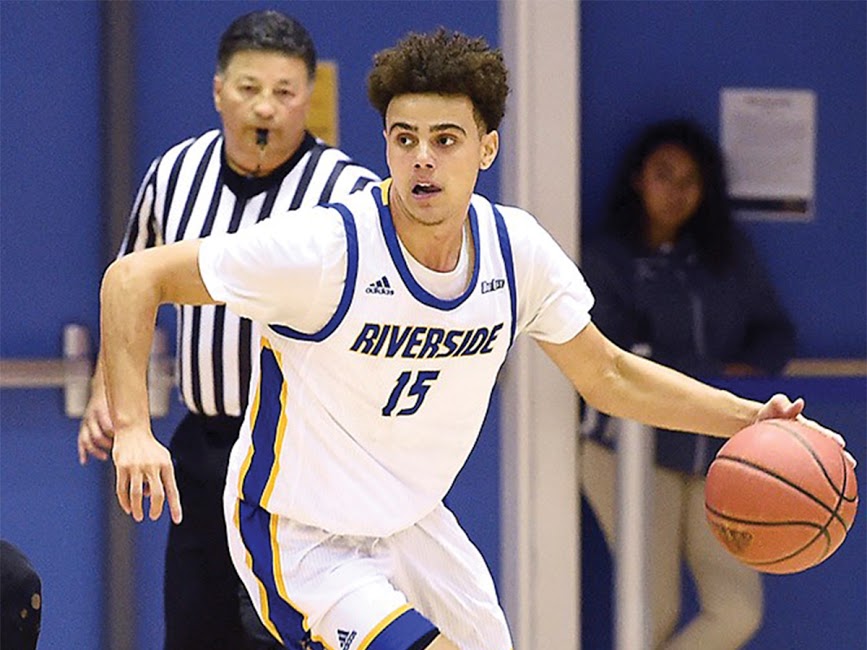 Coming off their first win in 10 games, UC Riverside men’s basketball team (6-18, 1-9) were pushing to get a win streak going last Saturday against UC Irvine (13-14, 8-3). The game started badly for the Highlanders, as they lost guard Alec Hickman to a shoulder injury in the first minute. The game then went UC Irvine’s way, as they took an early 10-5 lead with 15 minutes left in the first half.

In that first half, the Anteaters were led by sophomore forward Tommy Rutherford, and sophomore guard Evan Leonard. The pair scored 15 of the team’s 29 points in the first, with Rutherford grabbing three offensive rebounds which helped them keep the ball away from the Highlanders for most of the half. The Highlanders then answered back, when redshirt senior Chance Murray tied the game at 11 with 13 minutes left in the first. This was followed by a quick basket to give them a 13-11 lead. But the lead was cut short, as Leonard returned with a three to put UC irvine ahead.

Down 25-20 with two minutes left, the Highlanders redshirt sophomore DJ Sylvester hit two free throws to cut the lead down to three. But that quickly faded when Irvine’s junior forward Johnathan Galloway was sent to the line for two, which was then followed by a steal from sophomore Eyassu Worku; this added two more points for the Anteaters, bringing the lead to 29-22.

With four seconds left in the half, UCR had one more opportunity to shorten the lead, but were denied it as junior guard Koh Flippin missed a layup at the buzzer. Despite having a better shooting percentage of 31.8 percent, to Irvine’s 25.8 percent, the Highlanders could not keep up as Irvine was able to out-rebound them offensively with a margin of 13 to 5.

The second half did not start well for UCR, as they fell back on a 9-4 run, which raised the deficit to 38-26. Led by sophomore Dikymbe Martin, who scored a team-high 11 points in the half, a seven-point push shortened the lead to 38-33. When asked about Martin’s impact in the second half, interim coach Justin Bell said, “He’s been out for awhile, so you know trying to get him back in the mix. He did a good job of knocking down some shots, you know that’s what his good at. He’s able to score efficiently, so he kept us in it and he did a good job and we gotta continue to work him back in.” Also making an impact on the second half was Sylvester, as he ended the night with 10 points, second behind Martin.

But that only lasted for a bit, as the Anteaters hit another three to raise their lead to eight. It was in the 12th minute when it looked like the game could be going UCR’s way. It first started when Sylvester was fouled at the three point line, and hitting two of the three free throws he was given.

After an exchange of points, the game slowed to a 44-41 Anteater lead with 10 minutes left. But it was inside six minutes that the game was put away, as the Anteaters went on another 8-3 run to bring them up 56-47 with 3:44 left to play. Unable to close the gap, the Highlander’s comeback was denied as both teams were only able to score four points in the last minute of the game. After a few misses from the three-point line, the Highlanders could not close the gap and lost 62-52.