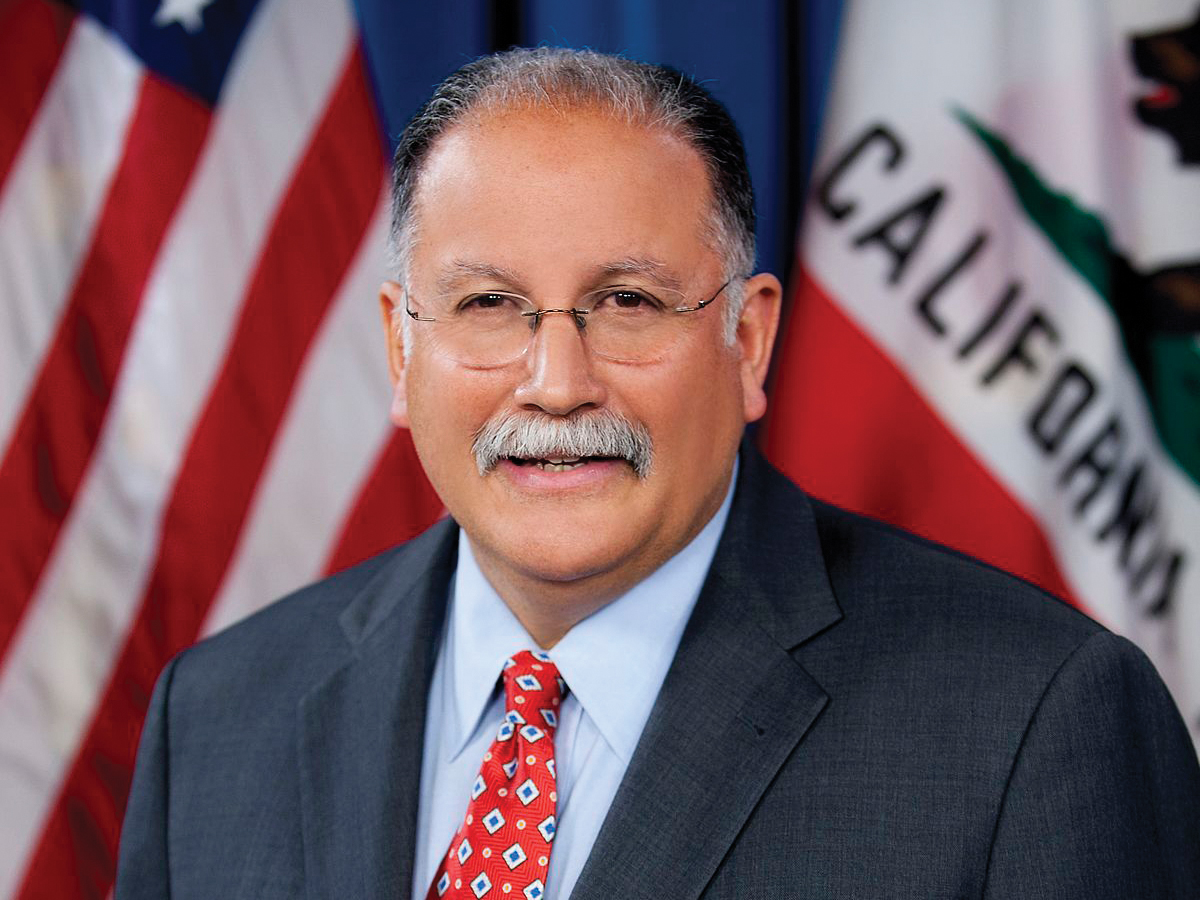 The Highlander spoke with Assemblyman Jose Medina this week about a variety of issues pertaining to the Inland Empire and university students in California. Medina, a Democrat, represents the 61st district which covers parts of Riverside, including UCR, and is serving his third term in the California State Legislature, having been elected to this post for the first time in 2012.

This interview has been lightly edited for clarity.

Andreas Rauch: Did you always aspire to represent the Inland Empire in politics?

Jose Medina: I was elected to the assembly five years ago, I’m in my third term. Before running for the assembly, I was a school board member in the Jurupa Unified School District and after that I was elected to the RCC (Riverside City College) Board of Trustees, where I served for 13 years. I wouldn’t say that I always aspired to represent the Inland Empire in the Assembly, but I did run two times previous to winning my election. I ran for the Assembly first in the year 2000 and then again in 2010. I won in my third attempt in 2012. I’ve been interested and active in politics in the Inland Empire for a long time, going back to the time I was a student at UCR.

How did your background shape your views and your goals for improving people’s lives in the Inland Empire? I think going back to my time in college at UCR, I was active in MEChA (Movimiento Estudiantil Chicanx de Aztlan, a Chicano student nationalist organization), with United Farm Workers, with Cesar Chavez. I participated in the Grape Boycott … also my own involvement against the war in Vietnam as a college student. All those things got me involved in politics early in my life.

Were there certain issues you felt or feel need attention which you thought you in particular could help? Do you see progress on these issues? I’ve been involved in politics in our area for a long time. One of those would be basic representation for all groups. I think that in the time I’ve been active in politics we’ve seen a specific Latino representation improving, at all levels, whether it be the local level, school boards, the county board of supervisors, which got its first Latino supervisor with Manuel Perez in 100 years. There had never been a Latino with the Riverside County Board of Supervisors. There’s still a need for better representation by women, Latinos and African-Americans. You know, in this area I think it’s improving, but there’s still lots of room for improvement.

You’re the chairman of the Assembly Committee on Higher Education, so you’re in a unique place to address several concerns facing students in California and the Inland Empire in particular. What do you see as your priorities and what do you think can realistically be done to improve the lives of students? Well, I see lots of challenges for students today. I hear from college students here in Sacramento and locally that students are having to work more hours, sometimes having to take more than one job to make ends meet. And still, students have a hard time. I know students at UCR organized a pantry because there are students who face not having enough food or sometimes cannot afford a place to live. I know that it is becoming harder to become a college student, whether a community college student, a CSU student, or a UC student. Tuition is a challenge, and I hear about students having to decide between paying for books and paying for food. I know those are challenges students face. Student debt is a challenge, students coming out of college with a lot of student debt, making it more difficult for students when they want to buy a home. Those are all challenges students are meeting.

I’m hearing from students throughout the state that it’s stressful to be a student, so there is a higher demand on campus at all three levels for mental health services and that there’s probably not enough mental health services at any of these segments. That’s something we’ve been working on since I’ve been here in the legislature. So those are some of the challenges that I’m aware of that students face.

Besides the particular challenges that students face, I think the community colleges, CSU and UC have lots of challenges as well. And some of these challenges are just being able to serve all the students that are graduating from California high schools, for example CSU turns away 30,000 qualified students a year. So not having a place, not having room for as many students who would benefit from higher education, is a challenge. For UCR in particular, I know the chancellor wants to grow the campus. I know that in the last couple of years as enrollment grew at UC Riverside there were challenges for space whether it was classroom space or office space for professors — UCR faces lack of space. Some of these tie into financial challenges, not enough state support, and I don’t think the state of California supports higher education enough financially, and it is something that I have been working on in the time that I have been chair of the Higher Education Committee.

We’ve learned recently that the UC system wants to raise tuition by about $300. In a time of increasing costs in education and seemingly diminishing returns for those who are out of college in terms of employment opportunities, what do you hope or think will happen in the future? Do you think spending thousands of dollars, tens of thousands of dollars possibly for an education that may not even get someone a job? Well, I was a high school teacher in the Riverside area for 34 years. And as I mentioned I’m a UC Riverside graduate. So I understand students’ frustration about not being able to find a job, perhaps right out of college, or having to take jobs that don’t require a college education, so having to work at restaurants, jobs like that. I recently met a UCR graduate, she was driving an Uber as a second job. So I understand this frustration. But, to answer your question, I think a college education especially in the long run, does benefit those who graduate financially over their lives, and I think that’s demonstrated. Besides the financial reward of having the college degree, I think that there are a lot of other rewards, personal rewards, that come from a college education, like better quality of life.

As you know there was a protest here on the UCR campus last Thursday, a labor protest. One of the concerns raised by the protesters was that campus is expanding, lots of money is being spent on administrative positions, but not enough money is being spent on service workers, on professional workers, the people who keep UCR running day-to-day. What is your proposal to help remedy these issues? Well I have always supported all the different collective bargaining units at the different segments of education: I did it when I was a trustee at RCC, I continue to do it here in the Assembly. I have respected picket lines, I have joined the picket line at UCR, I have met with cafeteria workers, I have met with maintenance workers, I have met and walked the halls of the dormitories with the people who clean the dorms. I know that we couldn’t have the universities without them, the services they provide are important to the students, whether they be the clerks or maintenance staff, like I mentioned. They all deserve the best wages that we can provide and so I have always supported them, I have picked up the phone and made phone calls to President Napolitano — I remember when I first met President Napolitano, maybe five years ago, she asked me what could she do to make my job easier as a legislator, in regards to the UC. I told her to make sure that labor disputes are handled well and that we can end them as quickly as possible.

You mentioned that it was on your third try that you were elected, what were some significant challenges you faced in the election process? Obviously I faced obstacles, having lost the first two attempts. Some of that had to do with the way the district boundaries were created. These were created by the legislature before, and the legislature created boundaries that would protect incumbents; not necessarily boundary lines that made the most sense, but drawing lines that would protect the people that were already up here in Sacramento. So I think that was the biggest obstacle to me, because the district that I represent, the 61st, had a very much Republican-leaning registration. We were represented by Republicans for 20 years prior to my election. When the voters changed the way the lines were drawn and took the process out of the hands of the legislature, they put it in the hands of a nonpartisan committee. The lines that were drawn made a lot more sense–the district got a little bit smaller, I think the Democratic registration was higher, and it no longer went to the desert. Before, the lines had Moreno Valley with Rancho Mirage, when I ran. I could not see what Moreno Valley, the residents of Moreno Valley, had in common with the residents of Rancho Mirage, one being of low socioeconomic status and the other being affluent. I think that the lines that were drawn after the last census by the nonpartisan commission gave me and now-Congressman Takano and (State) Senator Roth an even playing field, and we were able to be elected.

What challenges do you face in implementing your goals for your constituents? I think that historically the Inland Empire area has not received the resources from the state that it deserves. A lot of the formulas that are used are detrimental to our area of the state of California — whether it be the formulas that are used to allocate judges, they don’t help, they hurt the Inland Empire. The formula used to fund the UC was detrimental to UC Riverside. UCR had in the past gotten much less from the state of California in per-student funding than other campuses like UCLA or UC Berkeley, and we’ve been trying to improve those formulas. That way the Inland Empire gets the resources from the state which it deserves.

Is there anything else you would like to add? Let me just add that I’m proud to be a UCR alum and that I work closely with our Chancellor, Kim Wilcox, and many other alums and that I enjoy hearing from students; as a matter of fact I had a group of UCLA students in my office today. My office is five minutes away from the UCR campus, in the University Village. I’m very happy always to visit campus and to have students visit me.