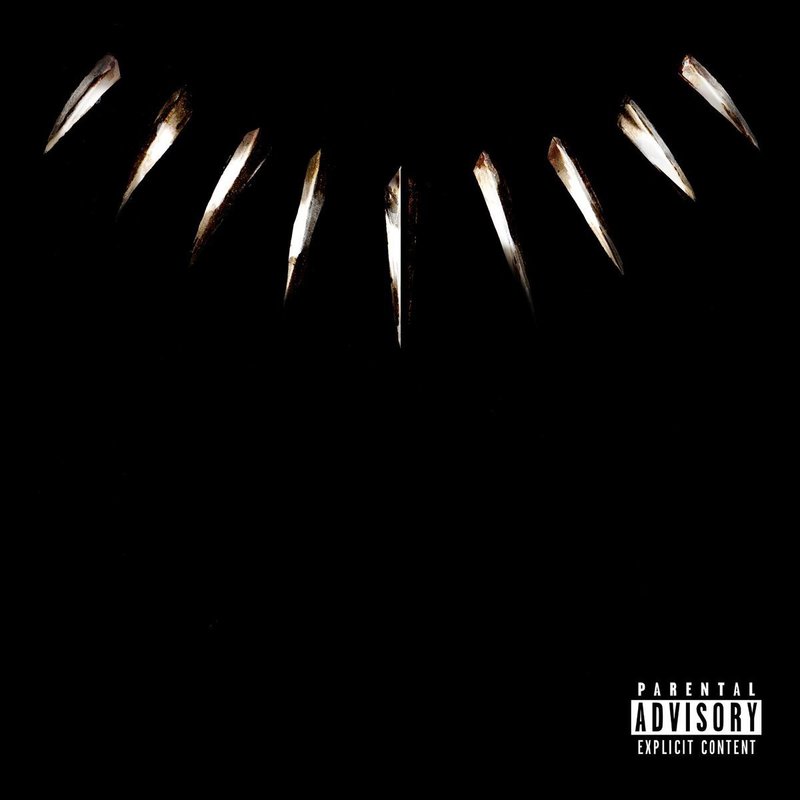 Home Radar Music Reviews The “Black Panther” soundtrack is not revolutionary, but a worthwhile listen
1,018

“Black Panther’”s official soundtrack was released through Top Dawg Entertainment (TDE), Aftermath Entertainment and Interscope records and executively produced by Kendrick Lamar and Anthony “Top Dawg” Tiffith. My initial reaction when the tracklist released was pretty reserved, with artists like Travis Scott and Swae Lee drawing my disinterest. But, there also were plenty of exciting artists such as Vince Staples and 2 Chainz. And while TDE has been slowly killing my dream of a Black Hippy album over the years, this album pretty much buried it in the ground, with all four members appearing on the album but on separate tracks. However, the final product is a tightly packed compilation of tracks whose individual strengths outweigh the album’s overall shortcomings. It’s not revolutionary, nor is it nearly as good as some of the featured artists’ solo albums, but it doesn’t promise anything that impactful.

This album is also something of a landmark for Lamar, who is featured in over half of the album’s tracks. It’s the first non-solo album that he has co-executive produced, the only exception being “Section.80,” which he was executive producer of alongside other TDE luminaries. And while the production owes much of its flair to Top Dawg overseeing the project, some credit is due to Lamar for how this album turned out from a production standpoint. Because while the tracks themselves aren’t amazing, the production consistently delivers. No track ever feels like it overstays its welcome, and for being a compilation album, the tracks actually flow very well.

“Paramedic!” is easily the strongest track. It features rap collective SOB x RBE, an up-and-coming-bay area group that’s been making waves over the last year, holding their own in an album with their more popular and successful contemporaries. The hard-hitting beat is met by exemplary verses and flows from all four members that rival any of Kendrick’s performances on this album. The song’s only shortcoming is its outro, or lack thereof, which hurts what would otherwise be a great track. SOB’s Yhung T.O. doesn’t even finish his last line before the beat cuts off and the track transitions into next one. And while that was probably the intention, it ends up sounding less like dramatic intent and more like someone unplugging your headphones in the middle of listening.

The album’s most disappointing track is “King’s Dead.” It’s not a particularly bad song, mostly courtesy of Jay Rock, but it’s still a tedious one. Jay Rock, who has consistently delivered quality verses in the past, continues to do so on this song, with a really tight flow and braggadocious lyrics to match. Lamar’s verse at the end of the track is passable, but nothing special. Things go a little off the rails when Future hops on the second verse, however. Future’s performance begins promising, but derails midway when he decides to sing-rap in a banshee-like screech on his final moments. It’s so jarring that despite Future’s relatively small presence on the track (roughly 30 seconds), his little escapade left a bad taste in my mouth — and maybe some blood in my ears.

The only other minor complaint is that it doesn’t feel like a “Black Panther” soundtrack. Other than the first track and a few of Lamar’s ad-libs scattered throughout the album reminding you the movie’s name and characters, there’s little beyond that which screams “Black Panther.” And while that doesn’t necessarily take away from any of the tracks here, I can’t help but criticize the lack of creativity in this department. It’s especially egregious that Batman’s Gotham City — and, nearly, villain The Riddler — is referenced on “Opps.” Now call me overly critical, but if I was paying money to create an album whose main purpose would be to advertise a Marvel superhero movie I would find referencing DC Comics’ faces and places to be counterintuitive; it’s the equivalent of a Coca-Cola commercial featuring lyrics from a song describing how great Pepsi is.

Verdict: The “Black Panther” soundtrack is a fun tracklist with some solid singles to add to your playlist. While most of the album isn’t exceptional, the handful of tracks that are demand a listen.