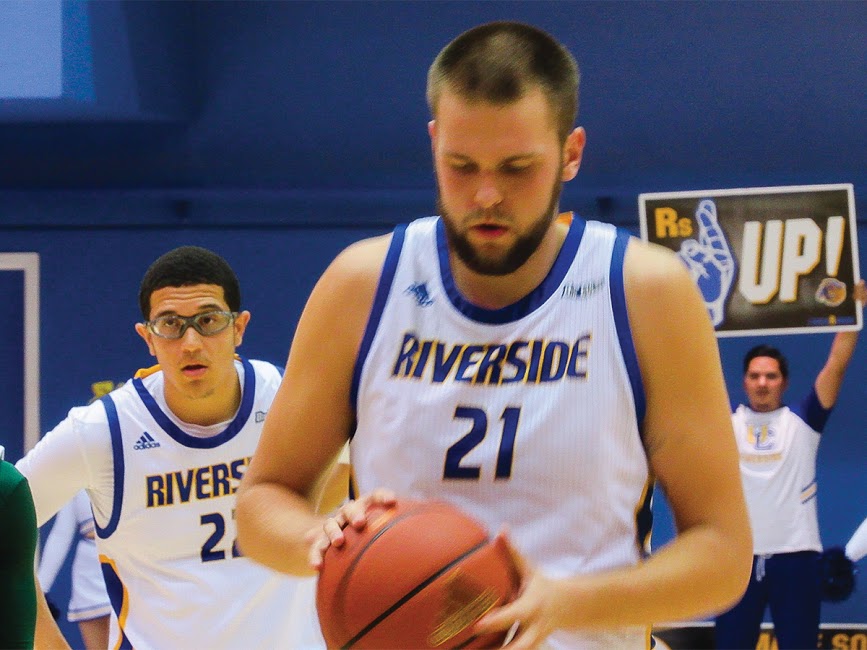 It was only fitting that on the team’s senior night, the Highlanders won their game against Poly behind the effort of seniors Alex Larsson and Chance Murray who scored 16 and 17 points respectively. Not to be outdone by his senior teammates, sophomore Dikymbe Martin added a game-high 20 points in the 72-63 victory.

UCR struggled shooting the ball at a high percentage throughout the game against Poly, and shot a putrid 36 percent from the field.  The team did have a season-low five turnovers which proved to be key. Cal Poly also shot 36 percent from the field but coughed up the ball 13 times, which allowed the Highlanders to get eight more shot attempts than Poly which was vital to the win because both teams shot the same percentage.

The Highlanders did not have the same luck in their final game before the conference tournament which was played at the Walter Pyramid in Long Beach. While Riverside was able to shoot better from the field than they did in their first game of the week, they weren’t able to outshoot Long Beach State (15-17, 9-7) who shot 46 percent and defeated UCR 77-59. Long Beach was able to dominate UCR in just about every aspect of the game, having the advantage in field goal percentage, shot attempts, turnovers, points off turnovers, three point percentage, steals and just about every statistical category you can think of, plus five more.

The leading scorer for the Highlanders was Murray who finished with a game-high 18 points and was one of only two players in double figures for UCR.

Riverside will face first-seeded UC Davis (21-9, 12-4) in the first round of The Big West Conference Tournament, who they lost to in both their matchups this season. The game will take place on Thursday, March 8 at the Honda Center in Anaheim.