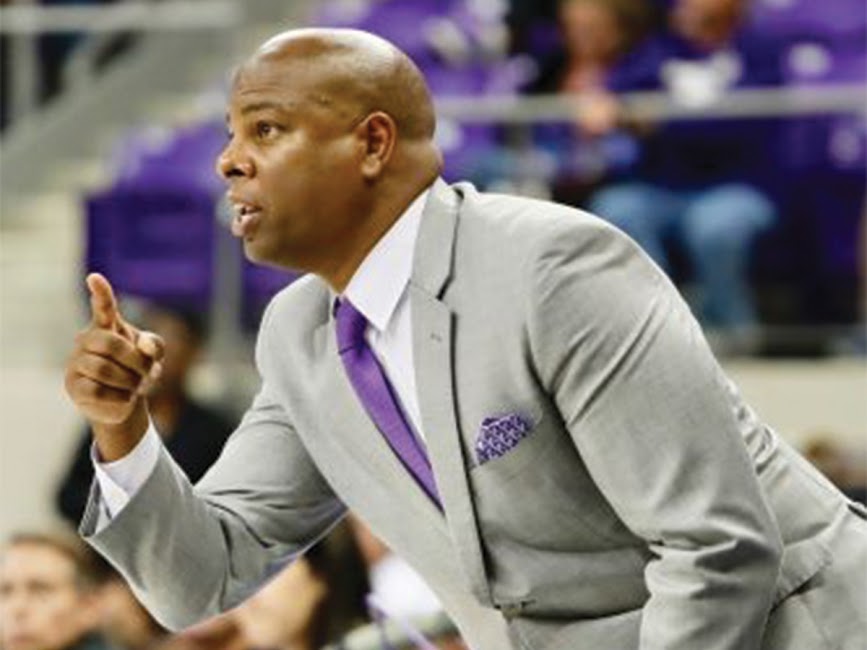 UCR announced the decision to hire David Patrick as the Highlanders’ new men’s basketball head coach on Wednesday, March 14. Patrick inked a five-year contract for $261,000 per year which could be upped if certain benchmarks are met, according to the Press Enterprise. Patrick will be taking over after former Head Coach Dennis Cutts was fired on Jan. 1 after five years at the helm. The first-time head coach has been an assistant coach for multiple Division I basketball programs including, most recently, Texas Christian University (TCU). Patrick is credited with recruiting former number one draft pick and his godson Ben Simmons to Louisiana State University (LSU) and has also coached current NBA players Matthew Dellavedova and Patty Mills.

Patrick, 42,  played one season of college basketball at Syracuse University before transferring to Louisiana-Lafayette to finish his three years of eligibility from 1997-2000. The Highlanders’ new head coach then played four years professionally overseas in Australia, England and Spain before hanging up his sneakers to become an assistant coach. Patrick’s first coaching job was at Nicholls State where he was an assistant for the 2005-06 season, and then coached at St. Mary’s College for four years from 2006-2010. In 2012 Patrick joined LSU’s coaching staff, where he gained a reputation for his recruiting skills. After two seasons at LSU, Patrick went on to be an assistant to TCU Head Coach Jamie Dixon.

Patrick’s coaching accomplishments include helping LSU showcase the nation’s fifth- and third-ranked recruiting classes in 2013 and 2015 respectively, as well as being an assistant on a TCU team that won the 2017 NIT Postseason Championship — the first in school history.

In a statement released at the same time as the announcement of his hiring, Patrick seemed excited to get started. “I am extremely humbled, honored, and privileged to be named the head coach at UC Riverside,” Patrick told UCR Today. “I cannot wait to get to Riverside to start developing our student-athletes on and off the court and for our program to be competing for Big West championships in short order.”

Athletic Director Tamica Smith-Jones and Chancellor Kim Wilcox expressed excitement about Patrick coming to Riverside. Smith-Jones praised her new hire, telling UCR Today, “With Coach Patrick, we are very fortunate to get a rising star whose values, connections and commitment to our program will make an immediate impact, positively change the narrative of UCR basketball for many years to come and make Highlander nation proud.” Chancellor Wilcox also expressed his satisfaction, saying, “To hire someone of David Patrick’s coaching pedigree frankly exceeds all of our expectations.”

The hire has drawn positive comments from not only UCR administrators, but also other coaches, and ESPN analysts.

ESPN’s Jeff Goodman applauded the hire, saying, “David Patrick is, in my opinion, a home run hire for UC Riverside. He’s a guy who has tremendous relationships in the industry, connects with players — and will be able to utilize his overseas connections to bring in kids that Riverside wouldn’t normally be able to get.”

Patrick has clearly earned respect around the basketball world and among his peers. The University of Virginia’s Head Coach Tony Bennett is also a fan of Patrick’s and is excited for UCR students: “He has such a bright mind for the game and his recruiting prowess speaks for itself. What a great day to be a Highlander.”

UCR Athletics will be hosting Patrick’s introductory press conference on Wednesday, April 11 from 4-6 p.m. in the Johnson Family Practice Center.