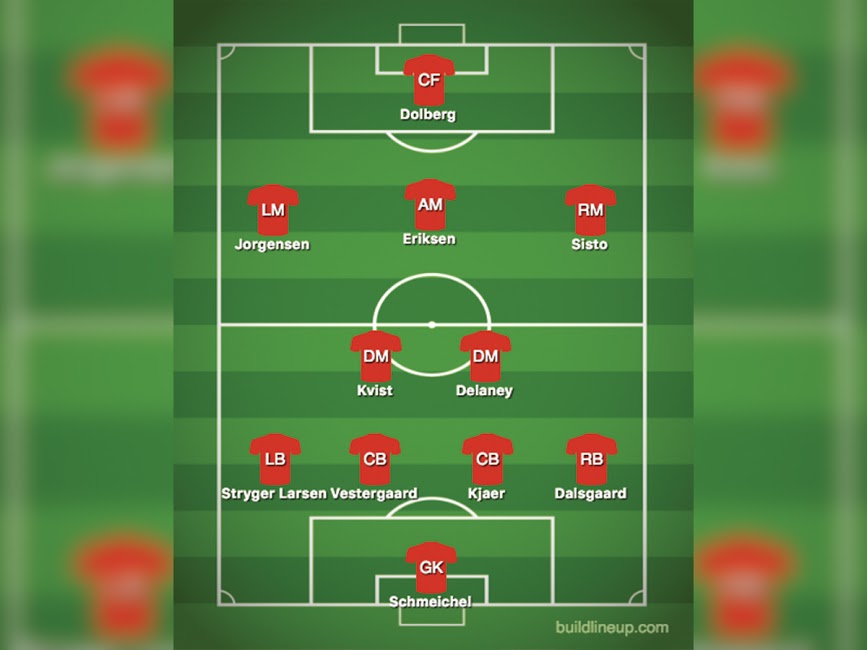 The 26-year-old attacking midfielder has established himself as Denmark’s most valuable player in recent years due to a slew of fantastic performances both with his national side and at the club level, with Tottenham Hotspur FC (England). Standing at six feet tall, Eriksen is a talented passer and invaluable as a creative force in Denmark’s midfield. Eriksen will be looking to add to his tally of 21 goals in 75 appearances in the red and white shirt, and propel Denmark past tough opposition.

The 20-year-old forward plays for Ajax Amsterdam (Netherlands) and attracted the world’s attention with a series of stunning performances during the 2016-2017 season. Dolberg helped his club to the Europa League finals, only narrowly falling to Manchester United. Dolberg will hope to build on this experience and his exploits with the Danish youth teams to break through to the starting lineup. One to keep an eye on.

Prediction: 2nd in Group, Round of 16 Elimination