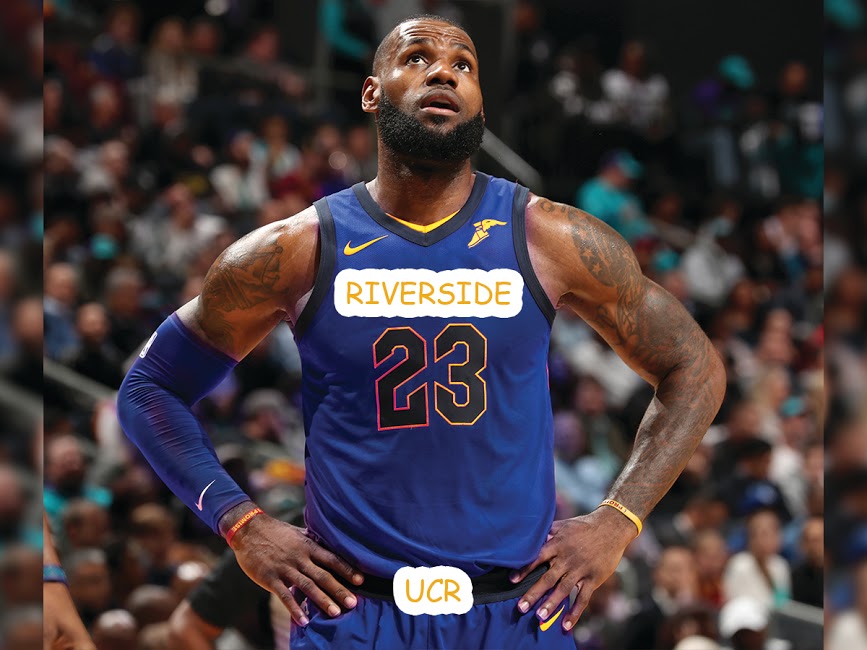 NBA superstar LeBron James is set to become a free agent after the 2017-18 season and has narrowed down his potential suitors to four teams. James has spent the past four seasons playing for his hometown Cleveland Cavaliers, but will most likely be looking for a change of scenery this summer as he enters the twilight years of his career.

It had originally been reported that the list of suitors James was considering included the Houston Rockets, Philadelphia 76ers and the Los Angeles Lakers, but there have been new developments that signify that UC Riverside is actually the front-runner to attract the 14-time NBA All Star. James never used his four years of college eligibility, but is looking to make up for lost time at UCR.

ESPN insider Adrian Wojnarowski reported that James has a strong desire to take his talents to “R’Side” because of his belief that he can still surpass Michael Jordan’s legacy and become the GOAT. Woj added that James believes carrying UCR to not one, not two, not three, but four consecutive NCAA Championships will do the trick since Jordan only won one NCAA Championship with the University of North Carolina in 1982.

Newly appointed Head Coach David Patrick shared with The Highlander that the contract that will be offered to James is for four years and worth $35 million dining dollars per year, the largest contract in UCR’s history. “I wouldn’t even know what to do with that many dining dollars,” Patrick said.

According to Scotty the Highlander, UCR is clearly the most attractive free agent destination out of all possible teams James listed. “Sure the Lakers are based in the entertainment capital of the world, but Riverside is only an hour and a half drive away. And sure James Harden is probably going to win MVP this year, but does he have a statue anywhere in the Houston area? Because I have one sitting in front of the UCR letters on campus and King James could be next in line to get a statue. And Philly? The Process? They’re at least four years away from being as good as our team,” Scotty declared.

Adding James to an already stacked Highlander team would make them title favorites for the foreseeable future which is exactly what Athletic Director Tamica Smith-Jones wants to see, “Adding LeBron would easily make us title contenders for years to come, but what kind of impact would he have on the community as a whole? That’s the real question.”

“Editor’s Note: This article is a part of The Highlander’s annual April Fool’s issue and it’s contents are not to be taken seriously whatsoever. But do have a good laugh.”