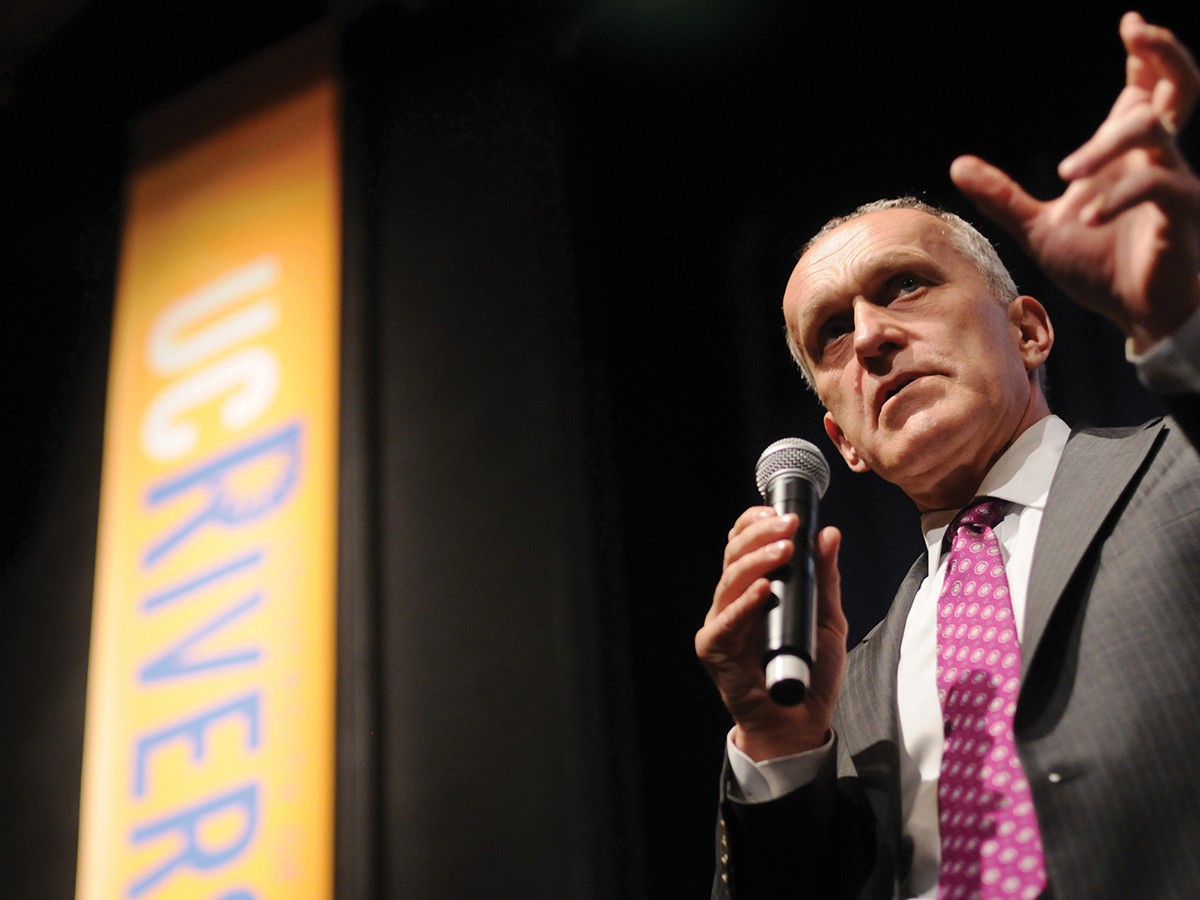 In the last week, multiple sources have told The Highlander that the sudden retirement of former UC Riverside Vice Chancellor of Student Affairs James Sandoval in January stemmed from an extensive Title IX investigation into sexual harassment allegations made against Sandoval in the early summer of 2017.

The sources’ claims come in the wake of a Detroit News report that UCR Chancellor Kim Wilcox may have ignored claims of sexual harassment and abuse against the former College of Osteopathic Medicine Dean William Strampel at Michigan State University (MSU), where Wilcox served as provost from August 2005 to July 2013.

That report suggests that Wilcox was made aware of Strampel’s behavior as early as 2010, when a dean performance review included complaints that Strampel openly commented about women’s bodies and boasted about his sex life. Despite these complaints, Wilcox nonetheless endorsed Strampel, writing, “Our several discussions over the past several months have reinforced my commitment and that of Dean Strampel to advancing the goals of the College within the broad mission of Michigan State University.”

When asked about the report, Wilcox wrote in a statement emailed to The Highlander last Wednesday, “I will not comment on any ongoing investigations or legal proceedings involving Michigan State University at this time. I join MSU in supporting efforts to provide the public and authorities with all documents and records necessary for a full and transparent investigation, including any records that involve my participation.”

But revelations of Wilcox’s alleged misfeasance at MSU have led some sources at UCR to see a pattern in what they claim is a failure to act promptly on complaints made against Sandoval.

According to a source who requested anonymity due to fear of retaliation, an internal investigation into Sandoval’s behavior was conducted by UCR Human Resources beginning in the summer of 2017. Sandoval continued to work at the university while this investigation was ongoing, sources say. This probe eventually absolved Sandoval of wrongdoing which, according to one source, led to complaints from frustrated staff and faculty who believed he was personal friends with the person leading the investigation.

Following these complaints, sources say, the university enlisted UC’s Title IX office to conduct another investigation into Sandoval’s behavior. A source claims that this outside investigation found even more instances of wrongdoing, leading officials to encourage Sandoval to take leave from the university in November.

Emails sent by The Highlander to Wilcox’s office requesting comment on these claims were not directly answered. Instead, campus spokesperson John Warren wrote in an email that he was unable to confirm whether there is an investigation at all: “University personnel matters are confidential under §6254 of the California Government Code. Disclosing any information constitutes an ‘unwarranted invasion of personal privacy.’ Even commenting on whether there is an investigation can be interpreted as a violation of the code.”

For some staff and faculty with knowledge of the matter, allowing Sandoval to remain on payroll while an investigation into his alleged harassment was ongoing is very similar to what former UCR Chief Campus Counsel Michele Coyle described as “an old boys’ club mentality” in her 2013 lawsuit against former Executive Vice Chancellor (EVC) and Provost Dallas M. Rabenstein as well as the UC Regents.

In fall of 2012, Coyle made multiple demands that the UCR administration and UC Regents “make efforts to remedy the hostile work environment and discriminatory culture on UCR’s campus,” per the case pleading. However, she was repeatedly stonewalled by campus administrators, and eventually fired by then-Chancellor Timothy White after requesting funds for data showing UCR’s compliance with affirmative action.

The jury found that the Regents retaliated against Coyle in violation of the California Fair Employment and Housing Act and in violation of Labor Code section 1102.5. She was awarded $2.5 million in damages.

Since the publication of the Detroit News report, some staff and faculty have openly speculated how long Wilcox, 63, will remain in his post. The chancellor is due for his five-year review — a performance evaluation of senior campus administrators that is conducted by a confidential review committee every five years of an administrator’s tenure — by the end of this academic year, and sources believe those conducting the review in the UCR Academic Senate are taking the allegations very seriously. However, no representatives for the senate were available to comment by time of print.

Chancellor Wilcox does still have support from UC officials. In a statement released on Wednesday, UC President Napolitano said that Wilcox had proactively spoken to her about Strampel and “described the situation as best he could recall” before the publication of the Detroit News report. Napolitano also called for a “full and fair evaluation of all the facts as they pertain to Chancellor Wilcox.”