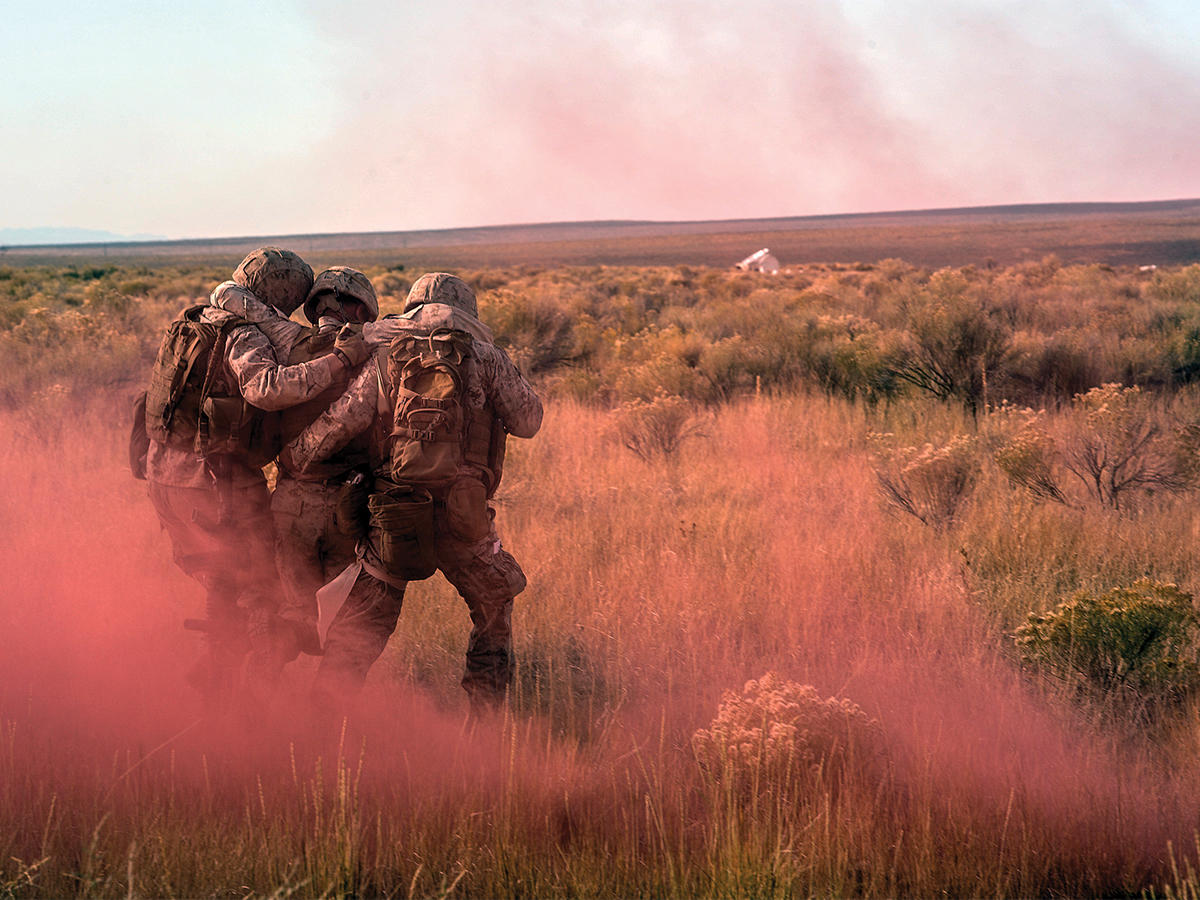 It has always been the case that the enemies of the U.S. are whatever the U.S. is not. This has included Tories, Confederates, Catholics, communists, fascists and terrorists. It begs to invoke an ideological explanation. But, since the start of the Cold War, this too has changed. Following World War II, the Soviet Union did not remain allied to the U.S. for long. Four years after the end of the war, they tested their first nuclear missile. What began as a communist containment program transformed into an arms race with one nucleus — stockpiling weapons of mass destruction. The Berlin Wall fell in 1989, reuniting East Germany with its democratic counterpart. The arms race with the Soviets had ended. Its territories were freed, and it seemed that containment  succeeded. Not only could democracy spread to the East, but communism, under the veil of socialism, could spread westward.

It was not long after that did the Gulf War begin. After Iraq invaded Kuwait, a multilateral force led by the U.S. dispelled Iraqi troops back to their nation. The allies would not appease Iraq as they did during Adolf Hitler’s invasion of Czechoslovakia. A key fixture was Iraq’s capacity to construct weapons of mass destruction (WMDs). The future of their arsenal was halted after a United Nations (UN) decree required they end their program.

In 2003, Operation Iraqi Freedom began under guise that Iraq had ignored the UN mandate. It was not an efficient war, like the one fought a decade earlier. Rather, it dragged on for almost a decade, and the complications surrounding it, including the misleading military intelligence that caused it, fueled growing unpopularity toward the George W. Bush administration.

On Saturday, April 14, President Donald Trump tweeted “Mission Accomplished.” He was referring to the success of the 105 missiles launched against Syria the night before. The missiles crippled the Syrian regime’s ability to further develop its chemical weapons. He was sure not to make the same mistake as his predecessors. Like the Gulf War, the strike was swift and complete. Like the Iraq War, chemical weapons — and the capacity to develop them — would be destroyed.

Words have been thrown around by pundits and civilians alike, including “terrorist,” “Islamic fundamentalist” and “insurgent.” The Bush-era media frenzy regarding terrorist groups like Al-Qaeda played a part in creating this image and it has persisted through coverage of related groups like the Islamic State. Even if Operation Iraqi Freedom was the catalytic domino that set the Arab Spring in motion, people have shown they can and will take control from oppressive regimes if given the chance. Although the U.S. has claimed that it is spreading democracy to nations which do not have it, the common thread in foreign involvement is the disarmament of WMDs. Oppressed citizens alone cannot end what has the potential to become an escalating arms race reminiscent of the Cold War.

Tensions between Israel and the Middle East persist because issues like the legitimate statehood of Palestine and the occupation of Jerusalem remain salient. However, the overarching conversation involves possession and trade of WMDs. Although Israel is an asset to U.S.-Middle East relations, their refusal to disarm has produced divided opinions internationally, hindering adoption of a WMD-free Middle East because the U.N. agreement omits Israeli participation. Even as eyes turned to Iran, which had begun to develop WMDs, no war was ever initiated because they agreed to sanctions regarding their program. Other violating nations could acquiesce, but they have not. The focus has since shifted to North Korea, who have rarely been labeled as “terrorists.” There is conflict simply because they refuse to halt their WMD programs.

Ideology is no longer the keystone in the arch of American policy. The Cold War left a precedent that Americans still heed. The ideological conflicts that spurred American involvement abroad sugarcoats the dangerous issue of international disarmament. Even through all the upheaval, the Vietnam War was outlined by American nuclear threats aimed explicitly at the Soviet Union. Though ideological containment was successful, it remained in the background to WMD threats, of which events such as the Bay of Pigs can contend.

As the threats of communism tapered hand in hand with disarmament, so too will those of terrorism. Behind any border or beneath any iron curtain, the U.S. persistently seeks WMDs as if it were the cheese in a mouse’s maze. Far removed from the Middle East, North Korea finds itself in the same situation today as all the others who have transgressed before it. It is not the form the dynamic U.S. enemy takes, but the common weapon it conceals. Tit-for-tat with weapons of mass destruction is a dangerous game to play. Rather than fueling the fire, nations must lay down their arms together for the sake of peace.