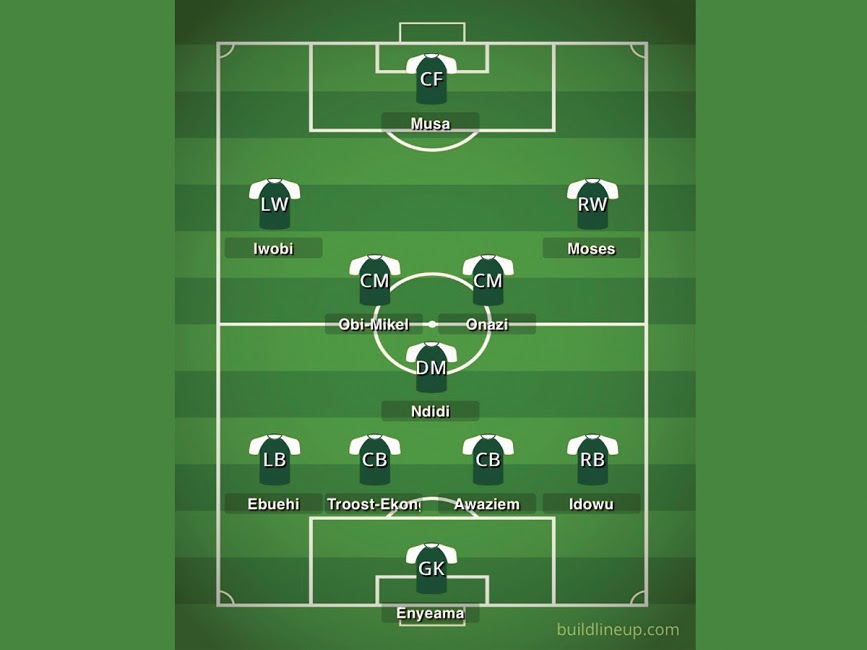 The 21-year-old striker played for the England national team in the U-16, U-17 and U-18 squad before making a one-time switch to the Green Eagles. Iwobi has played in England his whole career which has given him the experience to place himself in the Nigerian national team lineup. Although he isn’t a starter at Arsenal, Iwobi possesses the traits to lead the Eagles to a surprise run in Russia. The left winger can dribble down the left flank and place crosses into the box with ease. Although he is questioned for his consistency on the pitch, Iwobi undeniably has talent that he can display in the World Cup. This can earn him a move to a championship contending team or a spot on Arsenal’s starting lineup.

Just like his compatriot, Alex Iwobi, Victor Moses had played for the England squad before making a permanent switch to the Nigerian team. A regular for Chelsea, Victor Moses is a strong, yet fast right winger who can score goals as well as place great crosses for forwards to finish on the box. Having played in the last World Cup in Brazil, Victor Moses has the experience to lead his team for generations to come. In what will probably be Captain John Obi Mikel’s last World Cup, Victor Moses must demonstrate he can be the leader Nigeria needs to be one of the surprise teams in Russia.