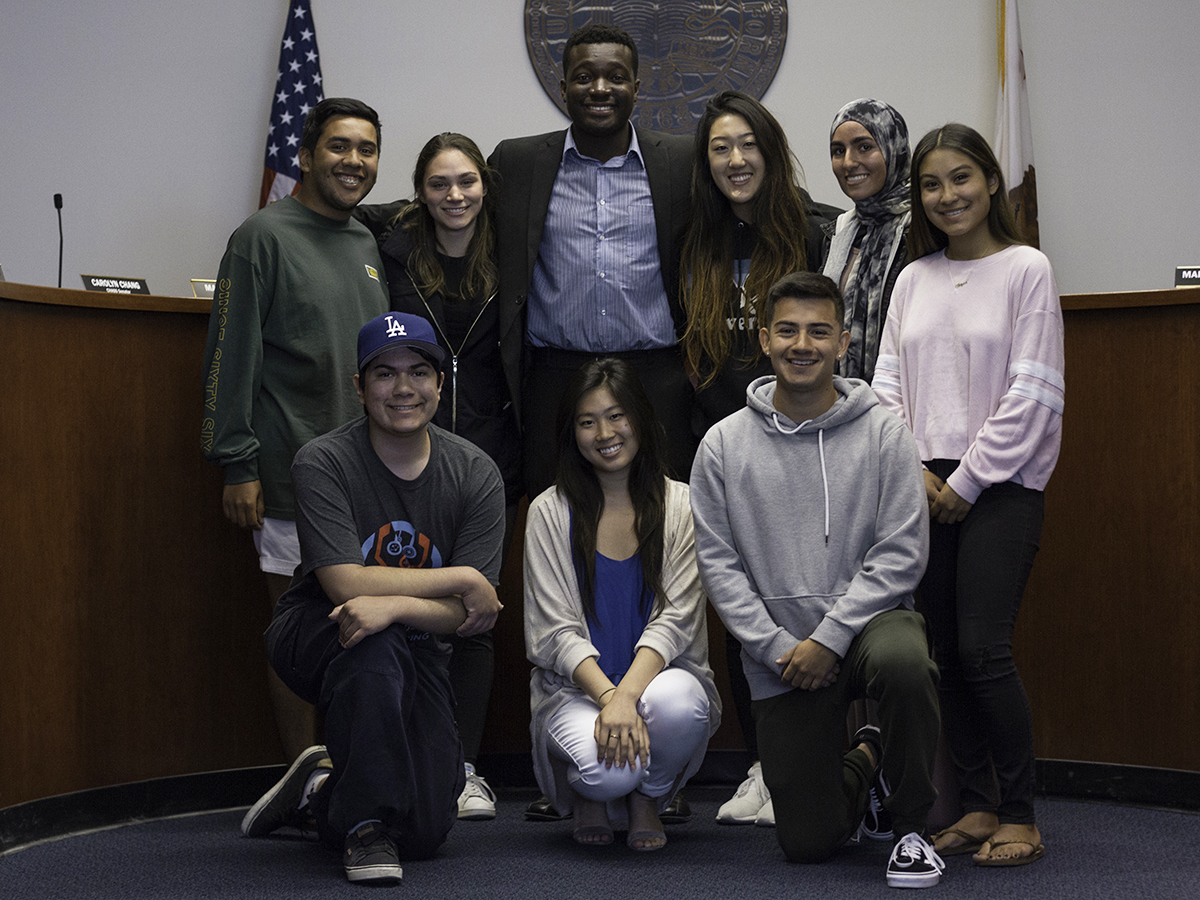 Semi Cole was elected president of the ASUCR for the 2018-19 academic year on Monday in a culmination of a campaign that focused on student engagement, community outreach and improving UCR’s mental health services.

The outcome was a landslide victory, with Cole earning 1,493 votes to runner-up Diana Jekki’s 967. Protest candidate Furry Boi, a student named Timothy Hughes running as a fictional character in a squirrel costume, won 113 votes as a write-in presidential candidate.

This year’s election marked ASUCR’s first paper ballot-only election since 2002. The ASUCR senate had banned laptopping, the practice of soliciting student votes by offering them technology to vote online, in a near-unanimous vote in January. The discussion at the time had focused on the security risks of laptopping, with opponents of the laptopping ban citing lowered turnout as a strong reason for retaining the practice.

The overall turnout for the election was 2818 students, representing 14.39 percent of all undergraduates. This failed to meet the 20 percent threshold required to validate the three referenda on the ballot, meaning that, despite all three gaining large majority approval, none will take effect.

The defeat of the Highlander News Referendum means that the one dollar increase to student fees slated to take effect next quarter will not occur. The referendum received 1873 “yes” votes and 593 “no” votes.

The Highlander Empowerment Student Services Referendum (HESSR), promoted by the ethnic and gender programs at Costo Hall, sought to increase student fees by two dollars, with the extra funding allocated to sustaining the operations of Undocumented Student Programs (USP). The referendum was approved with 1965 “yes” votes and 369 “no” votes, but, as with the newspaper referendum, is void due to an inability to hit the 20 percent turnout threshold.

USP Director Ana Coria was unavailable for comment at the time of publication.

Speaking on behalf of the Middle Eastern Student Center (MESC), director Tina Aoun lamented the failure of the referenda. “It was very sad news for us, a staff and as students, because we saw how much work the students put into it,” Aoun said. “We knew that there was a lot of friction just to get a vote in. I was a bit surprised, but not shocked.”

Aoun commented on the importance of campaigning for the referendum in the 2018-2019 academic year, given that a failure to renew Costo Hall funding before the 2020 approval deadline would result in said budget being cut. “We’ll use this year as a huge learning opportunity. It’s really about making students care about civic engagement.”

The Green Campus Action Plan (GCAP) referendum, which sought to reallocate GCAP’s funding for sustainability programs, received 1934 votes in favor and 426 against the plan.

Rumors circulated over social media near the end of elections week on Friday that the turnout had met and exceeded the 20 percent threshold, a misunderstanding that BCOE Senator Patrick Le, who handled the voting software, apologized for on Monday. “We do apologize for announcing the numbers early, I take full responsibility for all of this,” the senator said during the announcement.

In an interview shortly following the announcement, Le elaborated on what led to the initial miscount. “There was a mistake where when we deployed it (the database to store all the votes), it referenced the wrong excel file … and as a result it pushed in an additional 19,000 students,” explained Le.

These 19,000 students, says Le, were “each matched with a Boolean value to see if you had voted or not and I used that to count how many people received a ballot. So the number that I got was 4,400 and that was because every single time a student got a ballot and the volunteers would mark them as confirmed, the count would increase two times, because there are two SIDs (student ID numbers) of the same student in the database.”

The issues surrounding the incorrect announcement and the failure to reach 20 percent turnout were central in the following Wednesday’s ASUCR meeting, where scores of students affiliated with Costo Hall programs packed the senate chambers to express their grievances. ASUCR senators agreed to increase communication with Costo Hall to ensure a future for ethnic and gender programs. Students with related concerns were invited by Assistant Dean of Students Joe Virata to meet with him on Tuesday, May 8 at 4 p.m. in his office (HUB 381). The location, at the time of publication, is subject to change.

BCOE (in order of votes received):