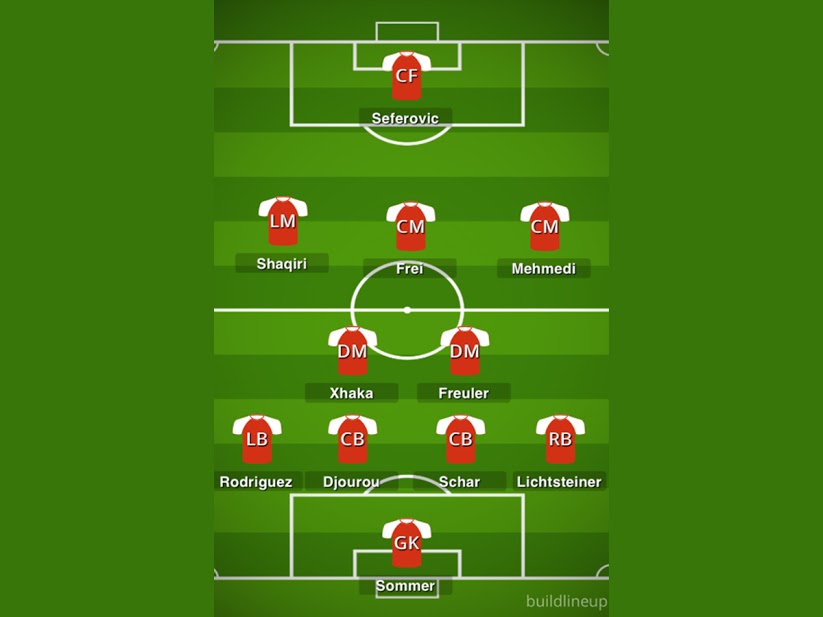 After brief spells with giants Bayern Munich and Inter Milan, Shaqiri finally settled at Stoke in England where he has had quite a silent run. This is not ameliorated when becoming aware of the fact that Shaqiri has only managed to score seven goals in 34 appearances this season. Despite these struggles at the club level, Shaqiri has been consistent on the international stage. In his first World Cup, Shaqiri scored three goals in four games. Therefore, Russia will be Shaqiri’s second World Cup in which he has the opportunity to gain the recognition to place himself in a big club once again and to lead Switzerland to the semifinals for the first time in Swiss history.

As a defensive midfielder, Xhaka has still been able to provide six assists and score one goal this season in the Premier League with Arsenal. Xhaka is vital to both defense and attack. Xhaka possesses great tackling ability, which allows for him to recover the ball from his team’s half and is then able to push it forward and begin an attacking play. This is supported by Xhaka’s tackle success in the Premier League of 74 percent and 453 recoveries. Such stats demonstrate how effective and crucial Xhaka can be for Switzerland. After a great display in Brazil 2014, Xhaka must seek to do the same in Russia if he wants to dream of bigger things with his country.

Prediction: 2nd in group, round of 16 elimination.