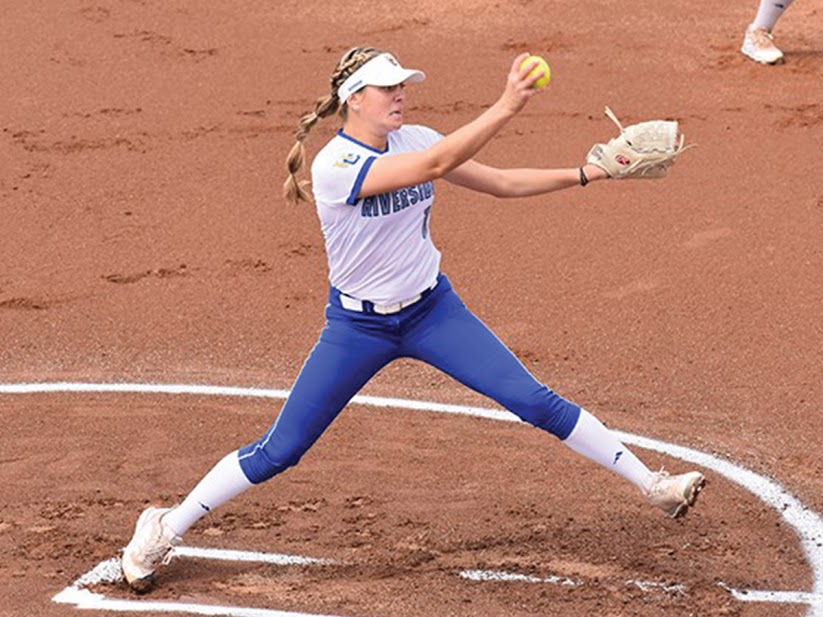 In the Big West Conference opener for the Highlander softball team on Saturday, April 14, freshman Hailey Dolcini had a stellar outing versus the Cal State University Northridge Matadors, throwing her first career no-hitter. This is the first no-hitter for the Highlanders in several seasons, and their 12th shutout this season. In a 6-0 game, it appears on paper that this was not even close; however, with all six runs for the Highlanders being scored in the sixth inning, this game was closer than it appears. The Highlander sat down with Dolcini and Head Coach Nikki Palmer to speak on the historic game.

Before the game, Dolcini felt something was different, and not necessarily in a good way: “In warm-ups, I didn’t have a curveball at all. It was not an overall good warmup, but I was able to improvise and throw a few different pitches.” Dolcini said she isn’t typically very reliant on her curveball, but says it is a “good ‘ahead in the count’ pitch.”

Since both teams were throwing no-hitters all the way until the sixth inning, it was a very defensive game. Dolcini recalls “only throwing four strikeouts. Most of the outs were balls hit straight to the outfield.” This game in particular helped a lot with Dolcini’s confidence in her defense. “It helped my mentality a lot with pitching to contact, trusting your defense and trusting the pitches I throw.”

Dolcini says she “didn’t realize this was happening until about the fifth inning,” and “started to get an adrenaline rush in the seventh inning, since it was so close to happening.”

Head coach Nikki Palmer had lots of good things to say about Dolcini’s performance as well as her potential moving forward: “(Dolcini) did a tremendous job. As a freshman, she has a very mature mentality and a great presence on the mound. She has a very high ceiling and will only get better working with the pitching coaches.”

Like Dolcini, Coach Palmer noted the quietness of the performance: “It was not a super noticeable no-hitter, there wasn’t a lot of strikeouts. The fact there wasn’t many strikeouts is a testament to the whole team and our defense. It was a total team effort.”

Highlanders softball will be playing their next Big West series this Saturday in a double header versus the UC Santa Barbara Gauchos.