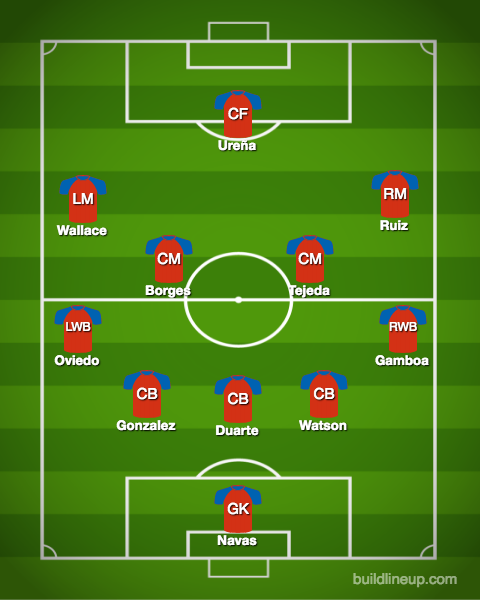 The 31-year-old goalkeeper is the undisputed leader of this Costa Rica side and headed to his third straight UEFA Champions league final with Real Madrid. Navas signed with Real Madrid from Levante in the summer of 2014, after his superior performances helped send Costa Rica to the World Cup quarter finals, the country’s best ever performance in a World Cup. Since that summer, he has been a regular starter at Real Madrid, accumulating a total of 92 appearances in La Liga. Over the last four years, Navas has won a La Liga title, two UEFA Champions Leagues and two CONCACAF Goalkeeper of the Year awards.  His big game experience will make him a vital presence to a Costa Rica side that is looking to build on their strongest ever World Cup showing.

The 32-year-old attacking midfielder is not only the captain of the team, but the most potent attacking player on Costa Rica’s national team.  To date, he has made a total of 101 appearances and played an instrumental role in Costa Rica’s famous quarter final finish in the 2014 World Cup, scoring two goals in their five games. Since his stellar performances in Brazil, Ruiz signed for Sporting Lisbon from Fulham FC in London, where he has scored 12 goals in 81 appearances.  He has quality both on and off the ball, and with his career entering its twilight years, should be motivated to drive his side to another World Cup miracle.