Highlander
Home Sports Highlander Hot Take: Why Real Madrid is the best team in the... 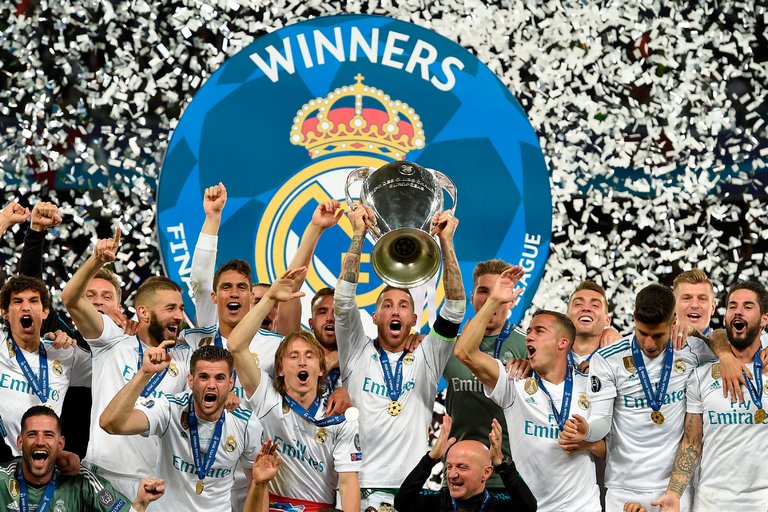 Spanish giants, Real Madrid secured their third consecutive UEFA Champions League title on Saturday, May 26 by defeating English underdogs, Liverpool in Kiev, Ukraine by a score of 3-1. In an unexpected final, the Spaniards once again demonstrated why the club is the best in the world today.

Aside from the injuries of Mohamed Salah and Dani Carvajal, who are both now in doubt for the World Cup, the final left us with one clear message: Real Madrid is the best team in the world today. Now, I know what everyone might be thinking: What about FC Barcelona? While FC Barcelona has dominated the race for winning the league in the last decade, Real Madrid’s focus has clearly been the Champions League.

Real Madrid has been clever in focusing its efforts on the Champions League because winning the tournament gives them bragging rights over any club in Europe as well as automatically qualifying the winner for the UEFA Super Cup and the FIFA Club World Cup. In the last two campaigns for these trophies, Real Madrid has come out on top.

Although FC Barcelona won the treble back in the 2014-2015 season, Real Madrid has won every Champions League after that. The reality is that while winning domestic titles does give a club prestige within its country, the Champions League is internationally acclaimed.

Other than recognition, what makes Real Madrid the best team in the world is that the team responds in the most crucial moments. For example, Real Madrid doesn’t always win El Clasico against FC Barcelona. In fact, in the last 10 league encounters, Real Madrid has only won 2 of these encounters whereas Barcelona has won 6 of them. Real Madrid, however, have won the last two finals against Barcelona, one in 2013/14 in the Copa del Rey final and the other in 2017/18 Spanish Super Cup Final. And one on hand while it is now becoming a shocking tendency that Barcelona has been eliminated from the last three Champions League tournaments by teams such as Roma, Atletico Madrid, and Juventus, Real Madrid has only been eliminated once in the last 4 years.

After its triumph on Saturday, Real Madrid has become the team to beat next season. The simple fact that the team has won the title so many times in the last five years will definitely urge teams like PSG, Barcelona and Bayern Munich to attempt to end this hegemony. And while some may argue Real Madrid isn’t consistent, the club is effective and that is what is necessary to win titles in the modern era of soccer today.