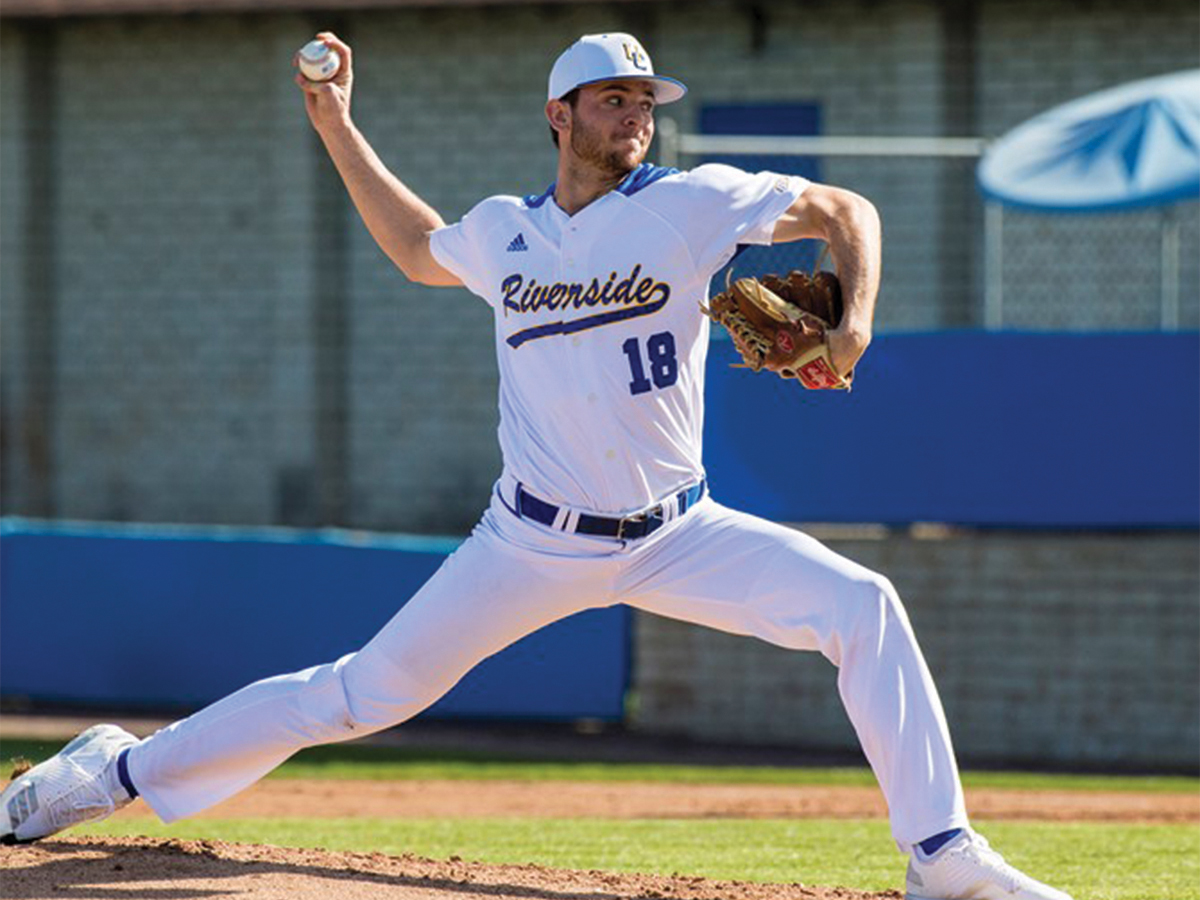 SLO got on the board early, taking the lead in part to a double by Alex McKenna, and an RBI triple from Kyle Marinconz. A pair of hits would give the Mustangs a 3-0 lead by the bottom of the first inning.

Senior shortstop Colby Schultz recorded UCR’s first hit of the day, serving as one of only two UCR players on the night with two hits, going 2-for-4 at bat.

The Highlanders brought in two runs of their own in the bottom of the second inning, with redshirt senior Tony Gudino singling through the right side. Gudino went 2-for-3 at the plate, joining Schultz as the only Highlanders with multiple hits on the night.

Following a pop-up from freshman Nathan Webb, junior Dean Miller smacked a double to right center, putting Gudino on third base. Freshman Cole Pofek then singled to shortstop, but both runners remained in the same spot, loading the bases.

UCR was unable to put up another run for the rest of the night, as a run from Cal Poly’s Elijah Skipps in the top of the third would wrap up the scoring efforts for both teams.

For the second game, the Highlanders took a 1-0 lead in the bottom of the fourth, but Cal Poly would score the final two runs to eke out a 2-1 victory.

Pofek scored his first career triple, continuing his streak of at least one hit in the past four games, as well as in six of his last seven outings.

Junior Matt Hardy’s single through the left side to bring Pofek home proved to be UCR’s only run of the day.

The game remained tied at 1-1 until the eighth inning, when SLO hit a pair of successive singles. Hardy ran well into foul territory to tally the second out, but the sac fly would bring home Cal Poly’s Cole Cabrera to give his team a 2-1 lead.

Sophomore Connor Cannon led the Highlanders going 2-for-3 at bat, and redshirt sophomore Trenton Toplikar gave up just one run and struck out two batters over the five innings.

The team ended the series in a 6-5 defeat that got pushed to 10 innings on Senior Day, but was able to set a new single-season Big West record, on account of three home runs.

Cannon’s shot in the bottom of the third inning marked UCR’s extra-base hit during conference play, breaking the program’s previous all-time record of 82, set in 2010.

Miller went yard in the seventh inning to put his team up 5-2, going a perfect 4-for-4 at the plate for the day.

However, the Mustangs would score four runs total throughout the eighth and tenth innings respectively to secure the 6-5 win.

Schultz, Webb, Hardy and Cannon all ended the day with two hits each. Eight different Highlanders played on the mound as well, totaling eight strikeouts between them.

The Highlanders end the season with admirable statistics, finishing with a .430 slugging percentage and 20 home runs, 57 doubles and 8 triples in conference games.