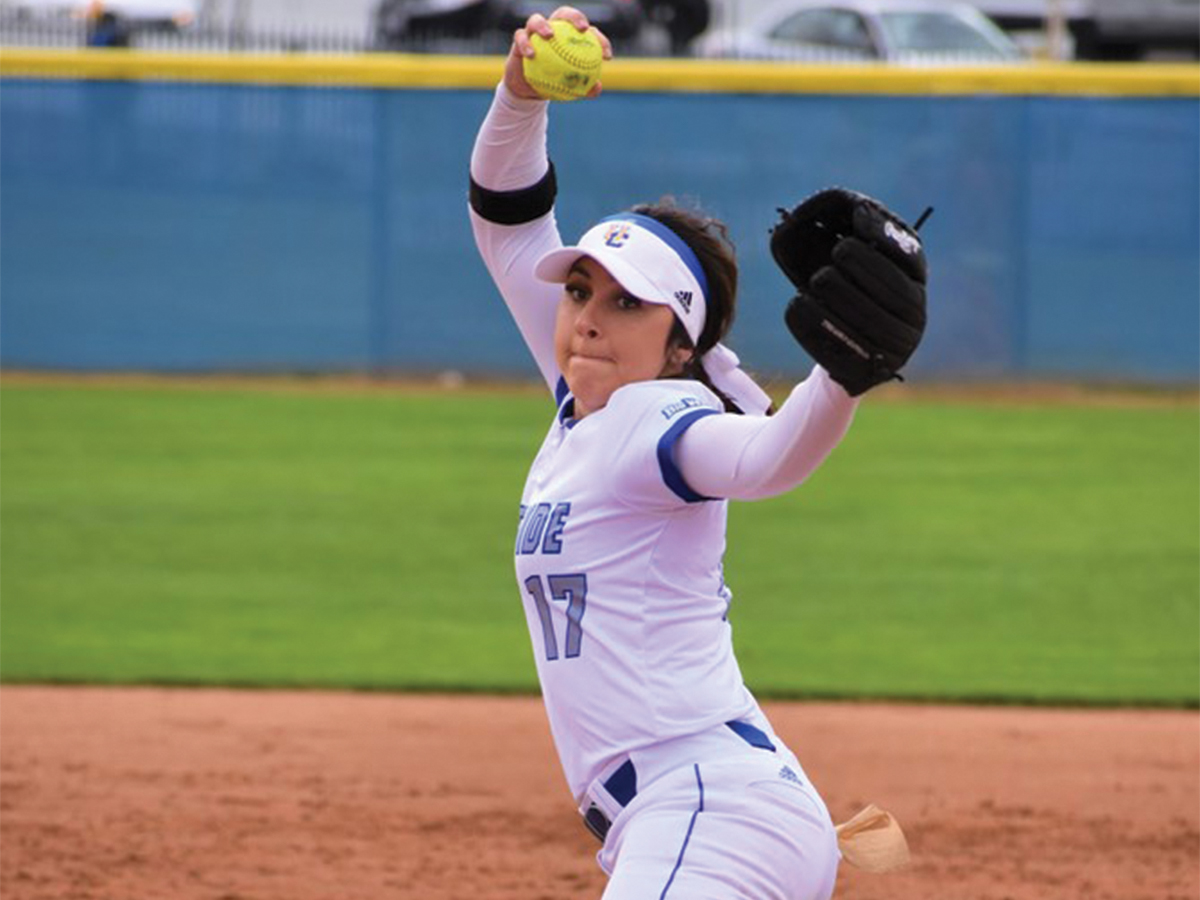 After winning their NISC Regionals on May 18 over UNLV, the UC Riverside softball team (38-24) advanced to compete against the three other regional champs in the NISC Championship round. The final round took the form of a double-elimination format that would be played over four days as UCR opened up the first day against Eastern Kentucky University.

The win continued a four-game winning streak for the Highlanders who collected a total of 12 hits that day. Senior Tayler Misfeldt started on the mound and pitched a complete game, allowing four hits, three runs, zero walks and striking out nine hitters. The team got on the scoreboard first behind a solid six hits and four runs scored in the third inning. UCR then filled the bases off of three straight singles to begin the inning, with junior Amanda Lynch being brought in from the bench to pinch hit. Lynch, both figuratively and literally, stepped up to the plate and knocked an RBI single to right field to give UCR its first run of the game. A pair of RBI singles from senior Jenna Curtan and sophomore Danielle Ortega, as well as a walk from freshman Seanna Garewal, would give the Highlanders a 4-0 lead.

UCR finished their scoring efforts in the seventh inning off another RBI single by Curtan, and a three-run homer to left field by sophomore Emma Ramelot. Eastern Kentucky added five runs in the bottom of the seventh to cut the UCR lead, but the Highlanders held them off to win 9-6.

After going through its first four playoff games without recording a loss, UCR finally dropped a game on Thursday morning to host school Loyola Marymount University. Misfeldt provided another great outing in her fourth straight start, but the Highlander offense only put up a total of two hits for the entire game.

Misfeldt gave up only two runs, two walks and struck out eight batters in her fifth consecutive start. The Highlanders recorded only two hits throughout the entire game, a double from Curtan, and a single from junior Brittney Garcia.

LMU recorded two runs off a homer to right center in the second, as well as by scoring off a wild pitch in the third. This would round out the host school’s scoring efforts, as they handed UCR its first postseason loss with a 2-0 win.

The Highlanders struck first off an EKU error in the second inning, as EKU responded with a run of its own in the fourth. However, the Colonels allowed eight hits and six runs in both the fifth and sixth innings, where UCR did most of its offensive damage.

Lynch pinch-hit for the Highlanders again with the bases loaded in the fifth driving in an RBI single. Garewal then scored an RBI double, ending UCR’s scoring for the game. The freshman went 2-for-3 at the plate, in addition to senior Jenae Lockwood’s own hit, two walks and two runs. Curtan and Garcia both collected RBI singles of their own in the fourth inning.

Misfeldt tied her personal best from her sophomore year by pitching her 21st season win. The fourth-year controlled an offensive EKU by only conceding one run, eight hits and three walks, simultaneously striking out five batters.

In the final game of the season, Misfeldt played her last match-up as a Highlander. She pitched six innings and conceded only two hits and a run throughout the first five innings.

Curtan scored UCR’s only hit of the day and was an offensive force in the team’s seven postseason games, earning a .381 battering average in addition to an on-base percentage of .519. Curtan also collected five runs, two doubles and five RBI. Curtan leaves a record of all-time highest hits, runs and doubles in program history.

The loss marks the close to the Highlanders’ historic season by taking home an NISC regional title and reaching the final day of the tournament in the NISC Championship round, all in the debut of the team’s first postseason appearance. Lockwood, Misfeldt, Curtan and Garewal represented UCR on the All-Tournament team in the championship round.