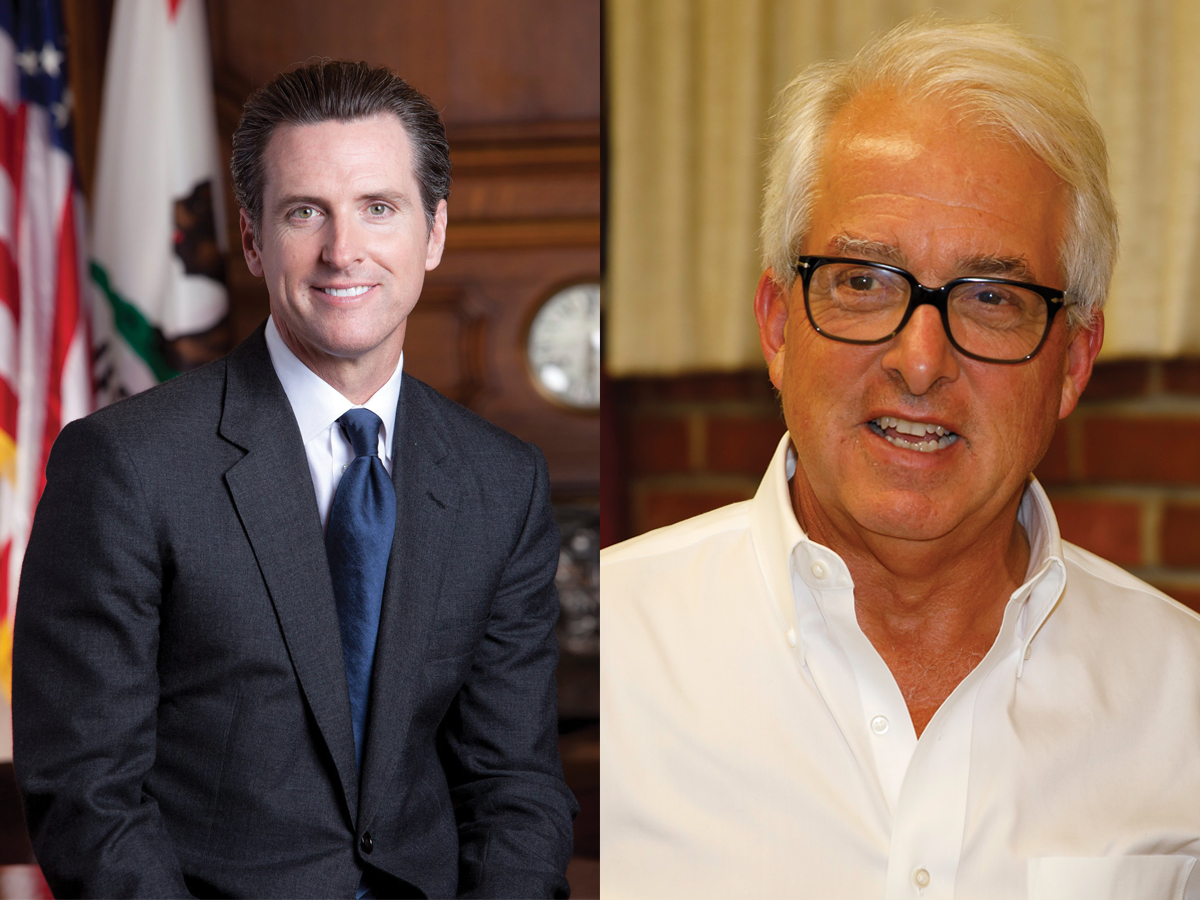 The California primary elections to decide candidates for November’s contests were held Tuesday, June 5. In accordance with the “jungle primary” system in California, the top two candidates for each office, regardless of political party, will contest the general elections on Nov. 6.

The governor’s position will be determined between Democrat and Lieutenant Governor of California Gavin Newsom and Republican businessman John Cox, who won 33.8 percent and 26.2 percent of the popular vote respectively.

Newsom intends to improve the quality of education in California by considering the prospect as a “lifelong pursuit.” He plans to enhance primary education by establishing universal preschool, improving after school programs for grade schools from kindergarten to 12th grade, creating college savings accounts for students starting in kindergarten and providing two free years of community college. Cox’s online platform does not especially focus on education, but he has stated that the state school system ought to be scrutinized for any errors in its functioning and that university course loads be examined in order to cut costs and improve the quality of higher education.

Cox seems especially focused on ensuring economic stability for Californians, citing that the state “ranks dead last in friendliness to business” and has a suffering middle class, in part due to “the highest state sales tax, and sky-high gas taxes, traffic fines, and utility rates.” He believes that repealing the gas tax established by Jerry Brown in April 2017 can help achieve this, which in November aimed to increased the annual budget of CalTrans, the state’s department of transportation, by $5.2 billion. Cox considers CalTrans to be “one of the most corrupt and inefficient bureaucracies on the planet,” receiving money “without building any new roads.”

Some of Cox’s support may be due to President Trump’s endorsement when he tweeted that electing Cox for governor was a “rare opportunity (for California) to turn things around and solve its high crime, high tax, problems – along with so many others [sic]…He’ll (Cox) Make California Great Again!” Cox did not vote for Trump during the 2016 election, opting instead for libertarian Gary Johnson.

Annel Lopez, a third-year political science major at UCR, told the Highlander that she voted for Democrat Delaine Eastin as governor, since she “wanted to have free college tuition and healthcare for all,” the former also featuring prominently in Newsom’s platform. Eastin only ended up winning 3.1 percent of the popular vote, coming in fifth behind the other candidates.

Lopez practiced her “civic duty” of voting because “(she) was pressured from the people around me,” she said. “Guaranteed, if they didn’t remind me about (it) I probably wouldn’t have voted.” She also believes that gubernatorial candidate and former Los Angeles mayor Antonio Villaraigosa “wasn’t as helpful as he should have been.”

However, Marsela Barajas, another third-year political science major, voted for Villaraigosa because “the issues he (focused) on appeal to me and what I am passionate about.” According to Villaraigosa’s campaign page, the former mayor focused on “rebuilding our middle class by investing in our schools and repairing our infrastructure” and also focused on providing a voice for California’s citizens, “making sure the people are heard in Sacramento and their priorities are addressed.” Villaraigosa ended up with the 13.2 percent of the popular vote and the third highest amount of votes overall, narrowly disqualifying him from contesting the November election.

One of California’s seats in the US Senate will be contested between 26-year incumbent Dianne Feinstein and former California Senate  President pro tempore Kevin de León, both Democrats. Feinstein won 44.2 percent of the popular vote while de León won 11.5 percent, barely more than a quarter of what the incumbent received.

In 1994, Feinstein wrote and passed a bill that banned assault weapons. The bill expired in 2004 but she tried to reinstate the bill in 2013 one month after the Sandy Hook Elementary School shooting, which was defeated. In the wake of more recent shootings by assault weapons, such as the Las Vegas shooting of October last year, where 59 people were killed and another 851 were injured, Feinstein has been looking to pass another bill of the same nature since last November.

In regards to health care, De León wishes to instate “Medicare for all,” a single-payer health care system proposed in a bill by Vermont senator Bernie Sanders. Under the system, the federal government would pay for health care for all U.S. citizens, with required costs translating to $1.4 trillion and a requisite rise in taxes. Currently only California senator Kamala Harris supports the bill.

Feinstein aims to let Medicare negotiate the prices of medicine sold by pharmaceutical businesses in an effort to mitigate high drug costs. Republican President Donald Trump supported the policy in his campaign but did not include it in his drug pricing plan proposed in May 2018. Feinstein also wants to lower the eligible age for Medicare from 65 years old to 55.

The position of Secretary of State will go to either Democratic incumbent Alex Padilla or Republican Mark Meuser, respectively winning 51.9 percent and 31.9 percent of the popular vote.

Padilla has been Secretary of State since January of 2015, and has made it a goal to improve voter turnout and voting rights. Currently he wants to establish automatic voter registration, a policy enacted in only eight states thus far, for Californians receiving or renewing their driver’s license or state ID and also wishes to increase transparency in political and campaign spelling.

Meuser is also interested in improving California’s voting turnout by restoring voter confidence in elections, which may partially be due to the 45,000 votes voided last November as a result of unidentifiable and unmatched signatures on ballots. He plans to solve this issue through improving the signature recognition system by associating a PIN with signatures when voting by mail.

The top two candidates for Attorney General are Democratic incumbent Xavier Becerra and former El Dorado County Superior Court Judge Steven Bailey, a Republican. Bailey won 25 percent of the vote while Becerra won nearly twice as much with a total of 45.3 percent.

Becerra promotes affordable health care, the management of climate change, the reformation of immigration laws, and the DREAM Act, which allows undocumented immigrants brought to the U.S. as children and educated in its schools to be legalized.

Bailey supports the death penalty and the Three Strikes law, which doubles the term that an offender serves for a felony if they committed a felony in the past. Jail time will then extend anywhere from 25 years to life if offenders commit a third felony. Bailey also promises to crack down on drug and property crime and to reduce the early release of criminals from prison, specifically sexual offenders that he believes contributed to the 24 percent increase of crime in California over the last year.

According to Essayli’s campaign website, he prioritizes repealing California’s gas and car taxes, improving the police and prison systems and increasing the economic competition of the state. Cervantes’s online biography states that she worked alongside those who developed UCR’s School of Medicine and that “she understands what this institution means for local residents and hopes to continue to expand access to affordable education.” Her “extensive knowledge in the Riverside community” has helped her identify “critical elements that residents need to be successful.”

Essayli is only one of two candidates to have outvoted an incumbent of a district in this election. In an online news release, Essayli attributes Cervantes’ upset to a “loss of support (by) her district because of her unpopular votes, like voting to raise gas taxes and vehicle registration fees.” One presumably unpopular vote from last May made by Cervantes was for the state-mandated installation of solar panels on all newly constructed homes by 2020, a choice that Essayli tweeted was in the favor of “Sacramento special interests instead of what is the best interest of Riverside county residents.”

The general election will take place on Tues., November 6.