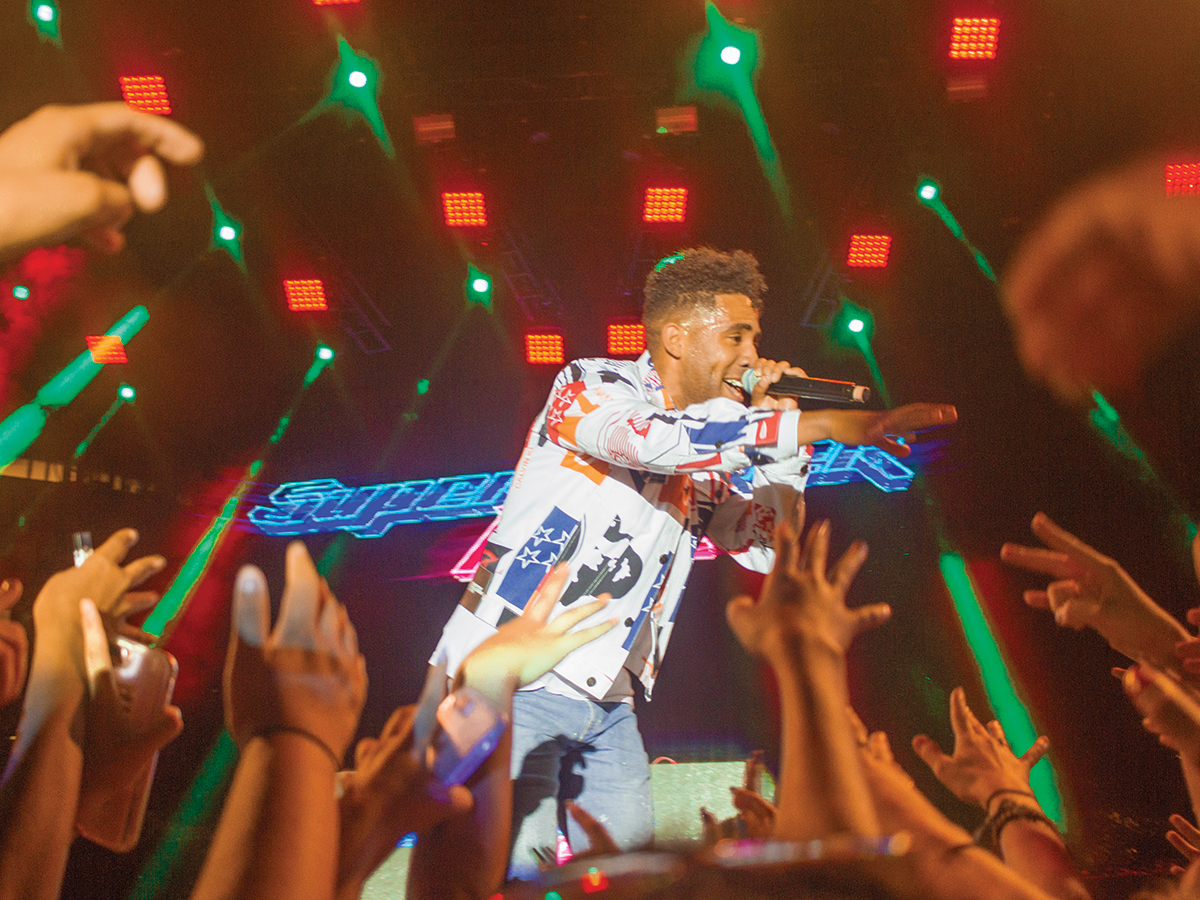 If you’re anything like me and would rather stay in alone than ever think about going to a concert, then it’s probably accurate to say that Block Party never appealed to you in your years at UCR. UCR-funded concerts are notorious for being routinely mediocre for even the most enthusiastic party lover (with most UCR festivities only serving as students’ excuse to get as drunk and/or high as possible before showing up). Because of this kind of behavior, the little enthusiasm any Block Party goer has is usually quickly lowered by an overwhelming amount of drunk students, who end up regurgitating the contents of their stomachs on the sides of the crowd.

However, this year’s Block Party (which also happened to be the 20th anniversary of the event) felt different. In all the time I spent maneuvering around the edge of the crowd throughout the event, I didn’t notice a single vomiting attendee (sure some were a bit tipsy or stoned, but not enough to negatively impact anyone’s good time). I can’t tell if this was due to some increased sobriety rate in UCR students or simply good luck, but anyone attending could immediately feel the change of atmosphere (compared to, say, Spring Splash last year).

Unsurprisingly, the side attractions (which are UCR’s attempt at emulating a music festival) are as boring and unappealing as ever. After about 2 minutes of observing a blow up slide and a very short zipline, (along with the absurdly long lines for both) any slight inclination I felt toward trying either activity quickly dispersed. The food trucks at the event were in a similar situation; with overpriced meals and less-than-ideal proportions for the most part, making a decent meal outside the venue before or after the concert a much better alternative.

However, the biggest plus of this year were the exceptional performances. While I’m unable to attest to the quality of Coin’s set, I can confidently say that the remaining three were at the very least enjoyable, with MadeinTYO standing out by bringing an amazing energy to the entire crowd. I would even dare say that he outperformed hip-hop headliner (or at least the most prominent hip-hop artist on the lineup), Kyle. This isn’t to say that Kyle’s performance was in any way underwhelming, but he was never able to really connect with the crowd and get into his stride. The slower and more cheery songs, combined with a crowd that was left energetic after MadeinTYO, led to Kyle’s set feeling far more laid back than it should have been. Add on to this the disappointing lack of MadeinTYO during his segment of the pair’s latest collaboration “SUPERDUPERKYLE,” and it felt like Kyle’s performance was underappreciated by the crowd (despite it being one of the best performances I’ve ever experienced at a UCR concert).

Proceeding shortly after Kyle and ending the night was Slander, who started off their performance by bringing the hype with a few fast-paced and catchy bangers. I wouldn’t say that they reached the level of excitement during MadeinTYO, but their aforementioned introduction came damn close. Unfortunately, the enjoyability of the set significantly declined at about the 10 minute mark. After a certain point many of the tracks felt less quality and more like unsynchronized noise being blasted from the speakers. I noticed a handful of times where the crowd, expecting a bass drop at just the right moment or a slightly more rhythmic song, was left waiting.

Overall, while I would never recommend the side attractions or condone ever purchasing overpriced food from one of the food trucks, I can say that this year’s Block Party has solidified my faith in ASPB’s ability to gather a solid line-up and put on an enjoyable show. With recognizable names like Post Malone, Lil Uzi Vert, Playboi Carti and now Kyle in recent lineups, there’s definitely more to look forward to in the future. If the university devotes some effort into making a few changes, like possibly selling alcohol at the event to cut down binge drinking and regulate underage drinking far better than the current situation; as well as getting rid of the wasteful side attractions and using those extra resources to continue securing quality performers, Block Party (along with Spring Splash, and even Bonfire) could become something truly special.