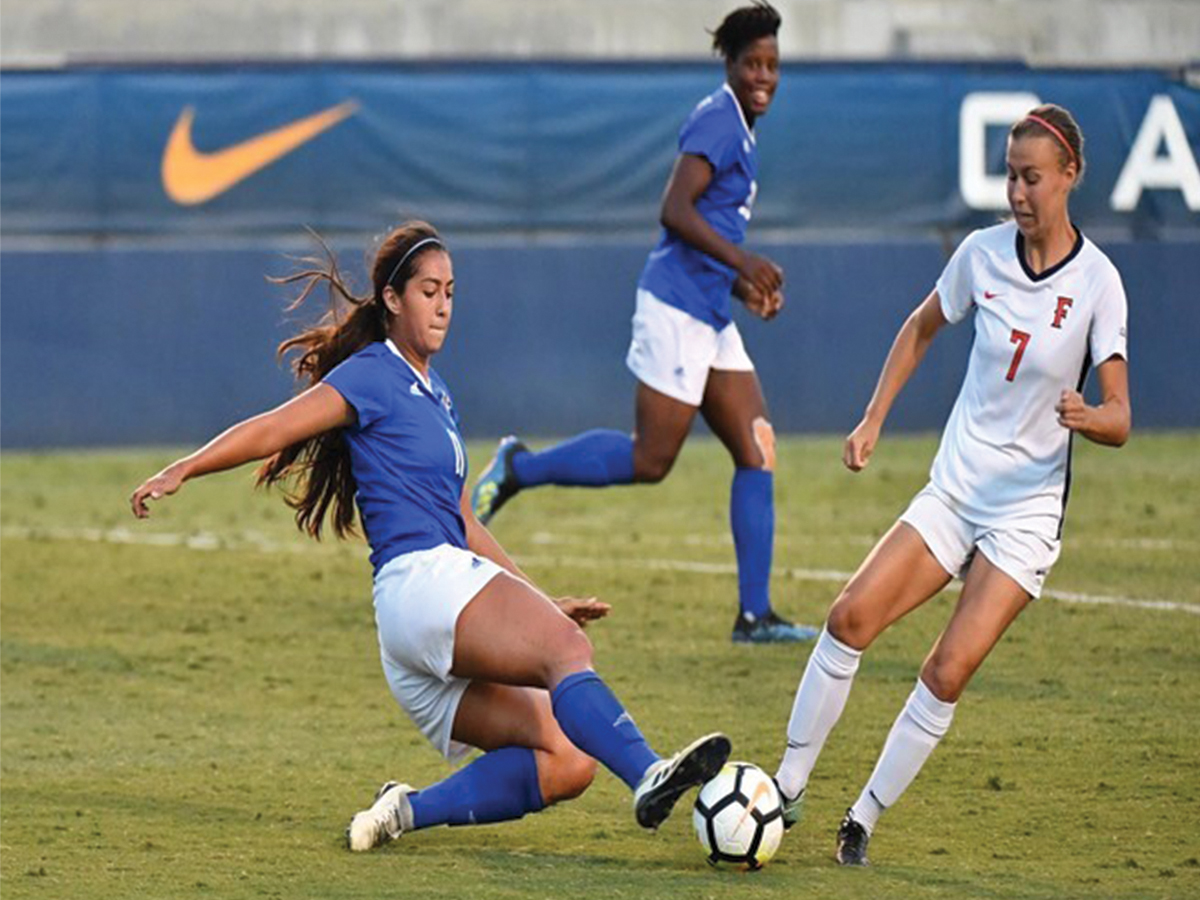 Despite the belief that no excitement lies in a draw, UCR’s (10-0-2, 1-0-1) game on Friday night against Cal Poly San Luis Obispo (1-9-4, 1-1-1) was a notable exception. The Highlanders faced the Broncos in their second match of Big West Conference play, seeking to remain unbeaten after defeating Fullerton the week before.

Although the Highlanders weren’t able to finish any of their opportunities in front of the goal, they demonstrated their tenacity. With 22 shots in the entire match, they had double the amount of attempts against Broncos junior Sophia Brown in goal. Along with plenty of shots, UCR had 7 corner kicks which led to a clear opportunity for senior Allyssa Troy but hit the crossbar.

Once in overtime, UCR continued pressing forward in desperation to take the three points. On more than one occasion, star senior midfielder Madeline Feist was able to shake off defenders and take a shot on goal. Although none of her 9 shots beat the keeper, Feist, like many of her teammates, demonstrated the hunger that the team has had to maintain on their 10-0-2 run this season.

Head Coach Nat Gonzalez expressed how proud he was of the effort his players demonstrated throughout the match. Gonzalez spoke positively of his players, saying that “the girls did everything we asked” and that it was just a matter of “being patient.” Yet, Gonzalez was left room for constructive criticism by suggesting they could work on the “final pass and final execution” during plays.

This could be of use for their upcoming games against UC Santa Barbara on Oct. 7, and against UC Irvine on Oct. 11, both of which will be played at home.