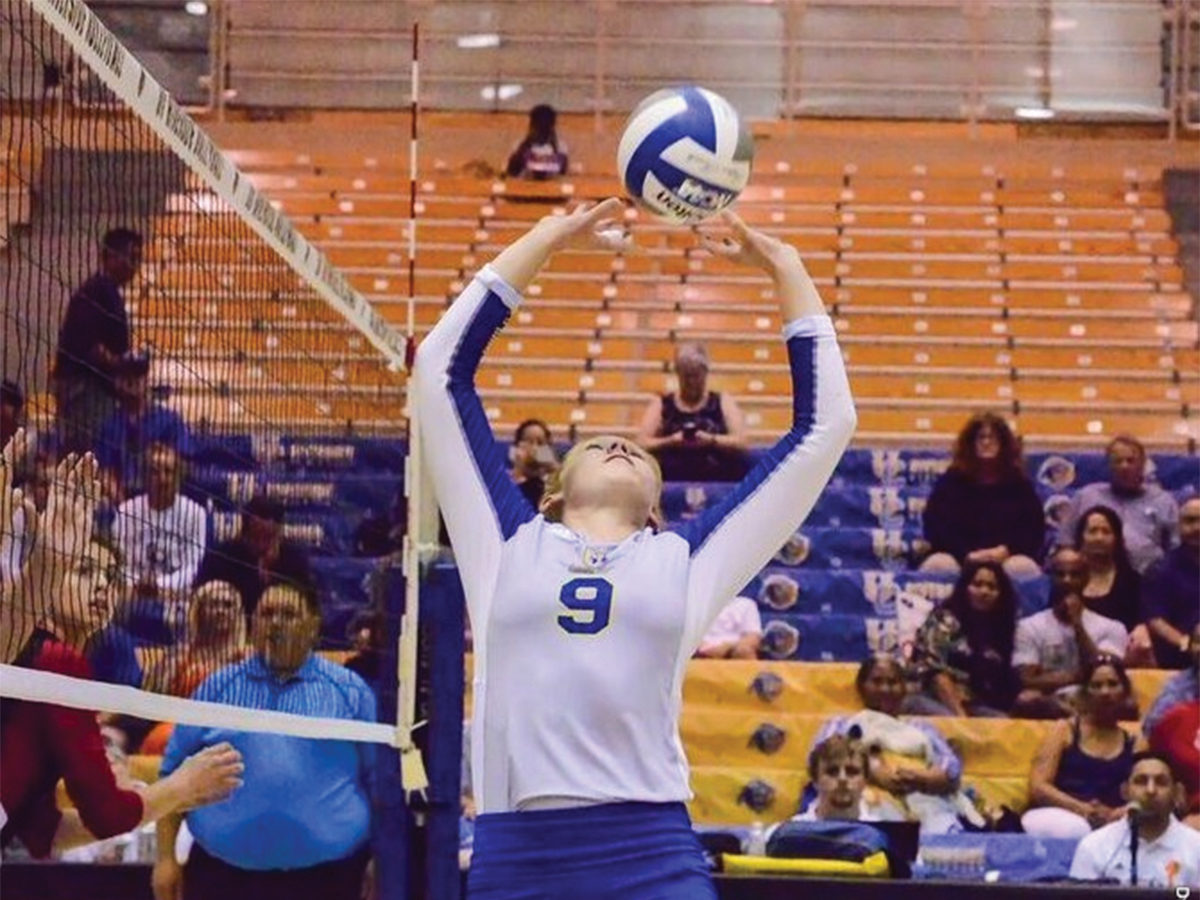 The Highlanders volleyball team (7-15, 2-8) returned to action on the road at Cal State  Northridge (7-17, 3-9) Tuesday, Oct. 30, looking to keep their momentum going following a win against Cal State Fullerton. However, in a season full of inconsistency, UCR soundly fell to the Matadors in four sets.

Senior setter Chelsea Doyle led the Highlanders with a game-high 40 assists, while freshman outside hitter Nailah Jones tied for a game-high 13 kills. Senior outside hitter Aeryn Owens and junior middle blocker Morgan Salone each led the Matadors with 13 kills each, while senior defensive specialist/libero Kristey Markle led all players with 19 digs.

Once again, the Highlanders dominated the beginning of the second set, leading by as many as five early on at 13-8. However, a Matador run brought the score to within one at 15-14. Later on, the Highlanders’ lead slipped, allowing an 18-15 lead to become a 19-18 deficit. Although they recovered to retake a late 23-21 lead, UCR was held scoreless the rest of the set and lost 25-23, falling into a 2-0 hole.

The Highlanders looked to respond with urgency in the third set, but trailed the Matadors 7-5 early on. A big run from Riverside helped them take the lead at 9-7, and they held the lead until the Matadors rallied from down 21-18 to tie the set at 21-21. Looking to avoid another collapse, the Highlanders outscored CSUN 4-1 to force a fourth set.

UCR tried to keep the momentum going after staying alive, but failed to do so despite a 3-2 lead early on. The Matadors began to pull away with a 6-1 run to take command of the set. Although the Highlanders brought the score to within one point at 11-10, they surrendered another massive 8-2 run and ultimately lost the set 25-19 and the match 3-1.

The Highlanders didn’t have long to mull over a tough loss, however, and returned home to welcome the UC Irvine Anteaters (14-10, 8-4)  to town on Friday, Nov. 2.

The Anteaters had won four of their last five games entering the weekend-opening contest and looked for a season sweep of the Highlanders. Right away, it looked like they might do just that.

UCR struggled right out of the gate, trailing 12-6 early on. However, they found their rhythm and used an 8-2 run to tie the game 14-14 midway through the set. Although UCR kept the game close and trailed 18-17 late, they were outscored by a 7-2 UCI run and lost the first set 25-19.

In contrast with the first set, UCR had a solid start in the second, and took a quick 10-5 lead. The Highlanders continued to build on their lead, and pushed it to as high as eight. The home team dominated the set and won 25-17, and tied the game at 1-1. The Highlanders once again took UCI by surprise in the third set, building yet another large lead at 13-6. However, the Anteaters did not go down quietly, cutting the lead to two at 20-18. UCR was able to hold off the comeback attempt, and escaped the set with a score of 25-22.

With the match score sitting at 2-1 in their favor, the Highlanders were closing in on an upset win in four sets. However, the team did not play the fourth set with the same intensity they had in the previous two sets. Although they trailed 7-6 early on, they only managed to score seven more points and lost the set 25-13, sending the game to a decisive fifth set.

The fifth set was tightly contested, with the Highlanders leading early on 8-4. Looking for their second win in three games, the Highlanders surged to a 15-11 upset win, putting a dent in UC Irvine’s Big West Tournament hopes. This also marks the first time the team has beat UCI in six years.

The Highlanders split both their games this week, and will welcome UC Davis (15-9, 7-5) to the SRC Arena Saturday, Nov. 10 at 7 PM. The Aggies have won six straight games within the Big West.