Highlander
Home Radar Movie Reviews “Spider-Man: Into the Spider-Verse” is a shining hope for the future of... 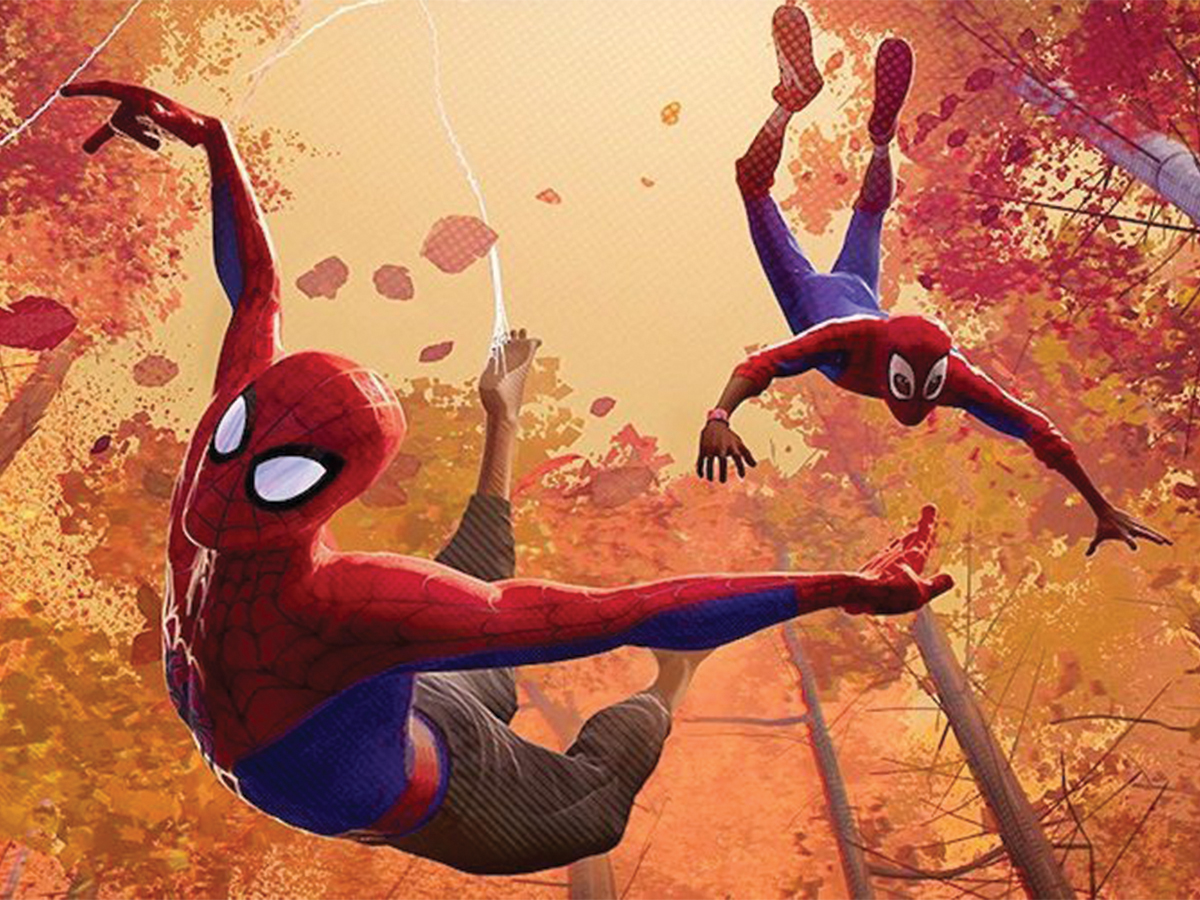 “Spider-Man: Into the Spider Verse” shares its name with the six part comic book epic “Spider-verse”. Much like the comic, the movie’s elements of featuring multiple Spider-people are prevalent throughout the story with a focus on Miles Morales (Shameik Moore). The plot takes our six protagonists through a run-of-the-mill comic book story of stopping the bad guys from destroying the world.

The movie does start slow, focusing on Morales and his story until the main conflict starts to move the plot along. Over the course of the plot we get to know our characters more and more. Morales is an energetic 13-year-old struggling with the reality of being Spider-Man. Alongside him is an ensemble of other Spider-people including Spider-Woman, Spider-Man Noir, Peni Parker, and Spider-Ham. The antagonists of the film are quite a cast as well, featuring some big names like the Kingpin and Prowler taking up a majority of the conflicts. Some characters do get less development than others, with some of the villains being introduced too late into the story. However, I didn’t feel like this was as big of an issue when watching the film as it was well paced with great humor to break up the monotony of action.

The movie as a whole is very faithful to the comic original, with many different easter eggs that will really appeal to fans of Spider-Man’s 55-year legacy. Things like Stan Lee’s cameo and the different Spider suit appearances are great touches that add to the film’s charm.

The movie features a unique style that flows pleasantly with characters and objects seemingly popping out against the background they are placed in. Some scenes feature thought bubbles or panel lines that make the film’s originality stand out compared to other movies using a similar animation style.

Some characters, like Spider-Ham, have a more cartoonish style that clashes with the comic book aesthetic, but blends well and causes certain scenes to feel unique and memorable. The music tracks played in the film all fit the theme the movie tries to push in specific moments. The soundtrack works wonders to engross viewers with it’s hip-hop and R&B feeling. Giving the movie a very appropriate tone to the gritty Brooklyn setting. The sound design was excellent and brings out the best in the movie.

Verdict: “Spider-Man: Into the Spider-Verse” shows the best Spider-Man has to offer in terms of storytelling, characters and especially animation. The film truly raises the bar for the franchise.