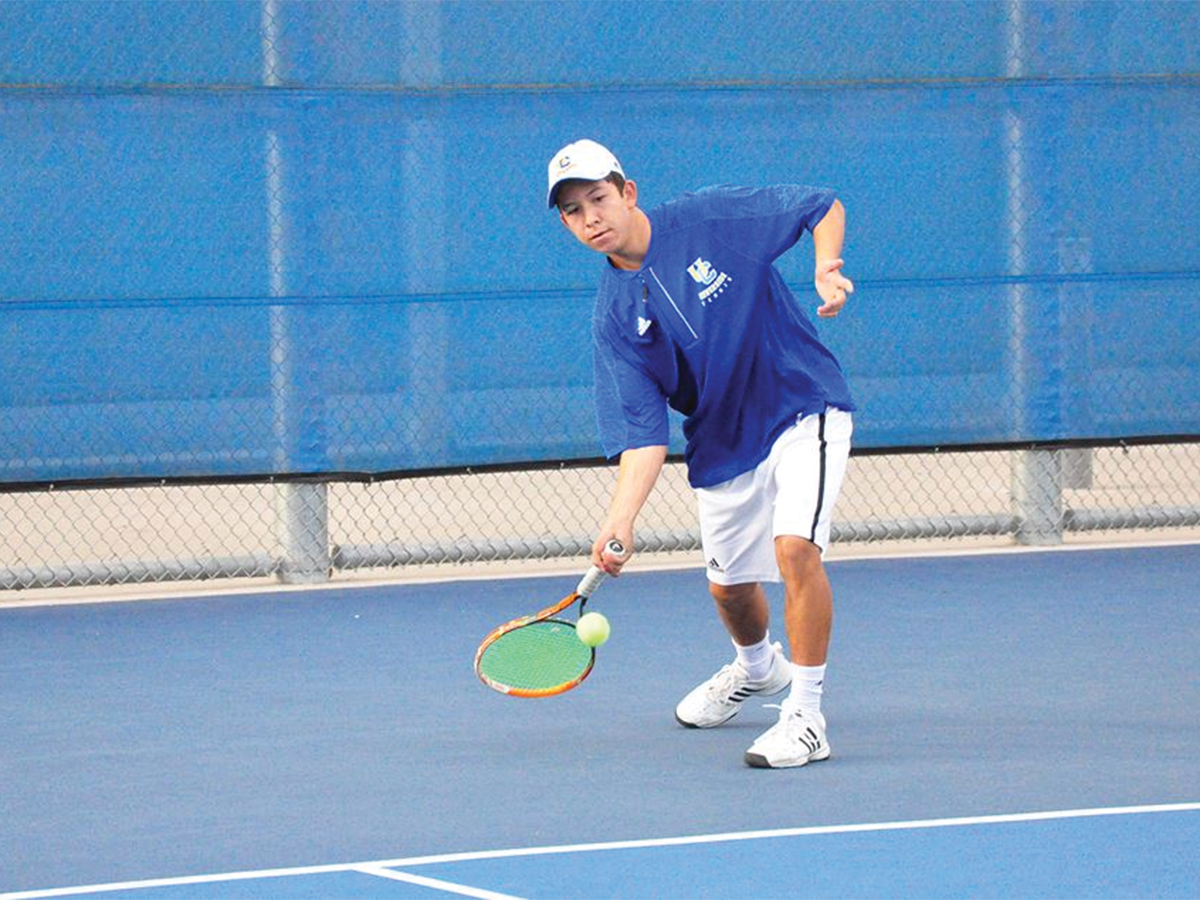 After ending the 2017-2018 tennis season with a record-breaking 16-19 record, the Highlanders looked to improve even more, especially since they had no seniors last year. With a large underclassmen group intact, the team looked to build momentum going into the new season with their road trip to Arizona.

“It’s been raining a lot for the past couple of days,” Head Coach Mattias Johansson said. “We would like to have a few more days of practice. But the guys have played for a long time so a few days off won’t make a big difference. I think the mentality is to have a good trip and get a few ins to start off the season.”

According to Johansson the beginning of the season is a time of anticipation and excitement. “There is anticipation how well we will do and where everybody stands and how the lineup will be and how we will match in doubles together,” the fourth-year coach said.

The Highlander have already gotten off to a good start on their Arizona road trip as they defeated Ottawa-Arizona handily by a final score of 7-0. Senior Kyle McCann and Sophomore Filip Engstrom won their doubles sets against the Couto brothers from Brazil with a score of 7-6. McCann also won in his single set against Eduardo Couto.

This is only the beginning for Johansson and his squad. The fourth-year head coach told The Highlander he has big goals for himself and for his team, saying, “From the day I was hired, my goal was to make the tournament and to get much deeper in the Big West standings. I’m not gonna be satisfied with only 18 or 19 wins. I want a run at the tournament at the end of the of the year.”

The Highlanders will look to continue playing their game and build on the momentum for the duration of the Arizona trip and the remainder of the season. Their ultimate goal is to make the Big West Tournament and winning the first game of the season was a start in the right direction.

They next play Friday, Jan. 25 versus the Air Force at the SRC Tennis Courts at 3 p.m.