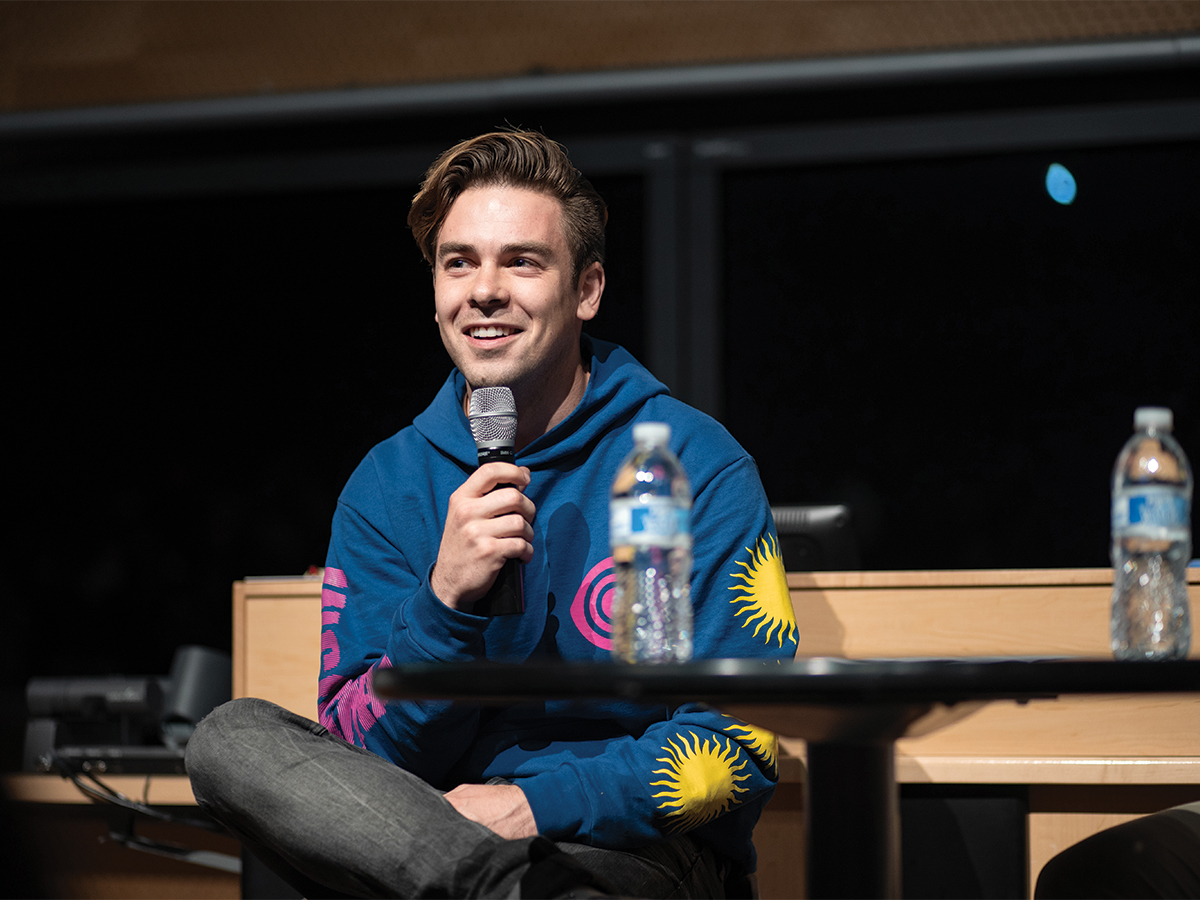 On April 13, from 8:30-9:30 p.m., the UC Riverside Associated Student Programs Board (ASPB) invited YouTuber Cody Ko for a one-hour hangout with ecstatic UC Riverside students in a packed UNLH 1000. ASPB alumnus Oscar Gaxiola moderated the event and Leah Duque and Muhammad Shamim hosted a Q&A where students asked about his previous videos and podcast collaborations.

Ko started his career as a software engineer performing comedy on the side before he switched full-time to Vine. He collaborated quite frequently with Noel Miller, who was also on Vine, whom Ko was hesitant to work with at first. Ko jokes, “(Noel) had hit me up because he knew I lived in LA … and I was like, yeah I’m going to be sick that day.” Coincidentally, on his first day as a software engineer, “(Ko’s) boss lead (him) to his desk and (Noel) was literally sitting at the desk combined to (his).” Eventually, Ko warmed up to his coworker and they began making sketches and starting a podcast.

Initially, Ko didn’t see himself in the entertainment industry. He commented, “the thing with making videos and with editing is that it is pretty similar to programming, as nerdy as that sounds … being able to edit and create a piece of entertainment with my computer was a good segue in terms of patterns and stuff like that.” And it appeared that Ko’s editing did well for him considering the packed crowd of fans.

For students inspired to pursue a YouTube career, Ko detailed the process of making three vlogs a week, scrolling through YouTube “for hours and hours” until he found the “the right weird” for his cringe videos, and using clickbait terms like the trending “Old Town Road” to attract fans. Despite the intense pressure to make every cringe video better than the last, he still quite enjoys the process. Ko also explained his desire to jumpstart his acting career and how he met Kelsi over “wholefoods,” which is a YouTube reference about an overly dramatic couple that romantically obsessed over celery and rose wine. Jokes aside, the “first time (Ko and Kelsi) met, (Ko’s) friend was dating (Kelsi’s) roommate … and (Ko  and Kelsi) met by Kelsi’s spice rack and they did the cinnamon challenge together … classic love story.”

Aside from his YouTube career, Ko is also part of his comedic podcast “Tiny Meat Gang” and his TV show “Real Bros of Simi Valley.” He described his inspirations for his past “latest cringe” videos such as “Vape Hotbox” or “You” and the positive DM responses from his previous roasts like fan-favorites Matty Smokes and Dre-Drexler. He also described his volleyball and surfing moments, drinking out with Post Malone and accidentally walking in on Elon Musk and Grimes’ passionate wet kisses.

Overall, the event was filled with laughter and the excitement of Ko’s devoted fans. Although Ko declined students’ requests to go back to the dorm halls and play Smash Ultimate, the audience was still enthusiastic and engaged.

Information about upcoming ASPB events is available on their website.