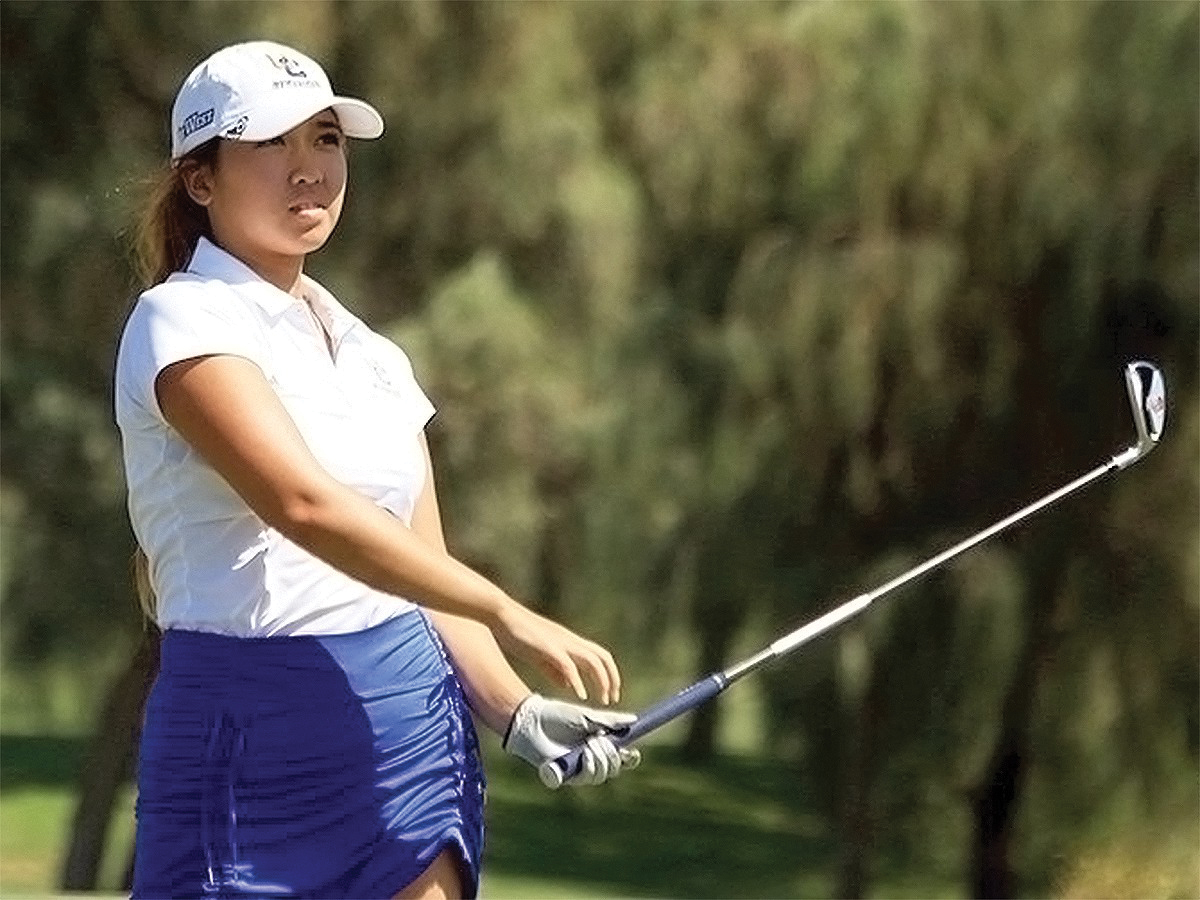 Senior Jakeishya Le will leave behind one of the most decorated resumes in UC Riverside history.

Le was named the Co-Freshman of the year and First Team All-Conference in 2015-16. She was UC Riverside’s top finisher at the Stanford NCAA Regional, placing 15th overall. She was a key contributor in the 2016 Big West tournament where she scored a tournament-low two-under par 70, leading the Highlanders to the conference title.

Her sophomore season was even more impressive than her freshman year. Le demolished the golf program’s single season scoring average mark, with 73.59 over the span of 12 events. She was selected to compete in the Lubbock NCAA Regional as an individual, marking only the second such selection in UCR history. Le was not only named to the First Team All-Conference but also earned a spot to the Big West All-Academic Team Honors.

UCR Women’s golf coach Mary Ritchie had very high praise for Le, applauding her as one of the best talents that she has ever coached, as well as one of the most hardworking and dedicated players in her sport.

“She has accomplished so much here. Two college wins. She was on our winning conference team in 2016. She advanced in NCAA regionals in 2017. Her scoring average was the lowest we have ever had in our college program,” Ritchie said. “Jakeishya has meant a tremendous amount to the golf program. She is responsible for a ton of new records for the program in the past four years. She was the first student-athlete I ever recruited since I’ve been here.”

Jakeishya Le has also established many lasting memories during her time at UCR. It hasn’t always been an easy journey to accomplish all that she has, though. When she first arrived in Riverside, she was not expecting to make the golf team; her love for the sport nevertheless drove her to strive for success on the golf course. Nonetheless, her passion for golf didn’t take time away from her accomplishments in the classroom as she had one of the highest GPAs and achieved multiple All-Academic honors too.

“It means a lot to me that I’ve been able to leave my mark here at UCR,” Le said. “I came into this program just wanting to make the travel team not knowing what to expect. But as the years passed, I started breaking some records and it has made me and everyone else proud. Winning the conference championship my first year in Hawaii and going to regionals my sophomore year by myself are two of my biggest accomplishments.”

Ritchie and Le have developed a strong bond both on and off the golf course. As a mentor, Ritchie has had a positive impact in shaping the person Le is today.

“I learned how to really work hard. Coach really pushed us and instilled in us the mentality that the harder you work, the more it will pay off,” Le said.

It remains to be seen whether or not Le will pursue a career in professional golf. She has the drive and determination to succeed as a golfer if she decides to seek a career in the pros or she can also take her talents into the coaching world, and learn from her own coach. “I really want to try to try to play golf professionally because I don’t know anything else. It has always been a goal of mine ever since I was little. And I don’t want to not give it a shot because I don’t want to look back and have regrets. I’ll give it everything I can and see where it takes me,” Le said. But if golf doesn’t work out, maybe I’ll go back to school, maybe I’ll try coaching or maybe I’ll get a big girl job. We’ll have to see what the future holds and I’m ready for any challenge.”