Modernity has given birth to the “college experience,” a notion that an undergraduate degree encompasses more than just tedious coursework. It is an idea that college students receive an experience that allows them to discover their interests and sets them on a path of discovery. College is now viewed as a place made up of many different people, clubs and organizations which all foster a sense of community while altogether embracing individualism. UCR touts its own diversity of people and ideas as a foundational element of the student experience it claims to offer. In fact, this diversity is one of the first things many people hear about the school. However, there are those who point to a noticeable disconnect at UCR between students and their community.

There are many contributing factors to the lack of student engagement at UCR. Before anyone sets foot on campus, UCR is often considered the UC reject school, a fictional ranking borne out of UCR’s lack of premier status. Many feel as though this is the easiest or one of the easiest UC schools to get into and succeed at. This reputation alone may cause incoming freshman to feel justifiably reluctant to engage with a place that they feel represents their lack of academic strength or achievement. Fortunately, there are many who view the school in terms of national rankings, and all things considered, this is still a UC campus which contributes substantially in certain fields of research such as entomology and agricultural science.

Even after students accept admission to UCR, a large percentage of them commute to school. The distance people live away from campus may reflect the distance they feel from the UCR community. This status as a commuter school makes it hard for students to get involved in various organizations and clubs because of the time commitment, which for many includes travel and gas, is just too much. A commuter, especially if they have to maintain a job, may not find it easy to participate in school activities when they simply cannot afford to spend that time on campus.

There are also problems for those who do live on, or very close to, campus and visibility is one such issue. Despite Wednesday tabling efforts and various fairs or expositions like those typically occurring during orientation, outreach from clubs and organizations is limited. Email lists are rarely utilized, and unless a student already has a particular interest represented by those entities, they will likely be avoidant. It is difficult to know what the right kind of advertising should be for organizations on campus, but databases — perhaps linked in R’Web — could be a start.

Another finger of blame is pointed at the Associated Students of UCR (ASUCR), the student body government, as part of the senate’s responsibility is to represent and advocate for the UCR community, including all of its clubs and organizations. This is not just to foster this community, though that should be a primary responsibility of theirs, but also to provide students with that knowledge so that they may take advantage of potential opportunities offered by those organizations such as scholarships or internships. Students have pointed to a lackluster social media presence and an all-talk-no-action attitude on ASUCR’s part.

Another group responsible for encouraging student engagement is the administration itself, who are the primary promoters of this school. While their efforts are understandably focused outwards, they need to also maintain the sense of community they sell to others within the school once students they have attracted arrive. It falls upon the administration to properly fund and effectively market opportunities for community engagement to students in ways that accommodate both live-in and commuter students.

Riverside itself is not the most lively city. It is distant, often viewed as the outlands to the much more trendy and popular Los Angeles and does not necessarily embrace the university as much as it should. Students point to a lack of student discounts in the city, and combined with the fact that many students commute home for weekends, this makes the area unattractive to students as a primary physical representation of their community. If on-campus organizations could partner with local businesses to offer improved student experiences within the city, more students might opt to stay in town and ultimately bolster that sense of community that many feel is lacking.

It is difficult to only blame the people who make up the community, however. Technology is a major concern, as both social media and entertainment media consume greater and greater portions of people’s time and energy. Without prior knowledge of a club or interest in a campus issue, it is easy for students to walk by clubs they may enjoy while their heads remain buried in their smartphones. Combined with a lackluster social media presence on the part of ASUCR and various organizations on campus, this disconnect keeps students in their own bubble of friends and not engagement with the community on a larger scale.

At a certain point, however, a large part of the onus falls on the students themselves. There is only so much the administration, ASUCR, clubs and organizations can do before it falls on the student’s shoulders to seek out these opportunities and fan the flames of the highlander community. While there may be concerns with visibility and marketing, there are resources like the UCR website, flyers around campus and the tabling efforts from clubs. There is only so much marketing, tabling and emailing that ASUCR, the administration, clubs and organizations can do before they need to rely on discovery by everyday students. At a certain point students should want to be Highlanders, foster that sense of pride and community and not wait for the community to come to them. 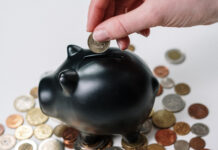 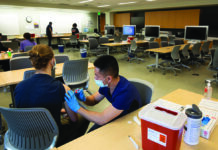