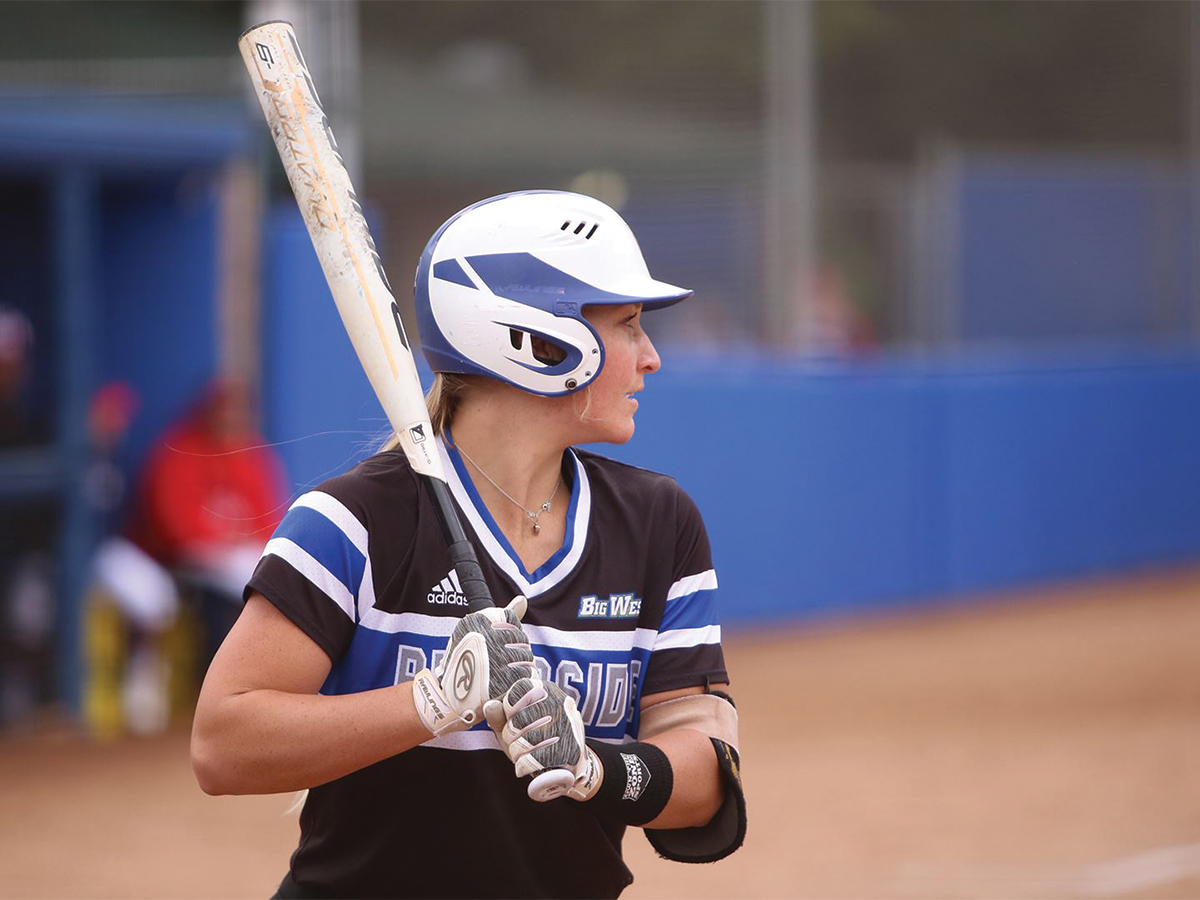 Last weekend was a tough one for the Highlander Softball team (23-22, 5-10), having been outscored 23-7 in a three-game sweep at home against UC Davis. Looking to bounce back, they travelled to Hawaii to take on the third place Rainbow Wahine (28-13, 9-4).

The game began as a pitcher’s duel, with no team scoring within the first inning, despite getting a runner on base.

The Highlanders failed to get runners on base in the second and third innings, as Hawaii starter     redshirt senior Brittany Hitchcock induced groundouts on five of those six outs.

UCR starting pitcher Melanie Olmos navigated her way through an early scoring threat in the bottom of the third inning. After loading the bases after hitting junior first baseman Callee Heen, she induced a groundout off the bat of junior shortstop Cheeks Ramos to get out of the jam and keep the game scoreless.

In the top of the fourth, the Highlanders looked to turn the tables against Hitchcock, as they put two runners on base. However, Hitchcock forced senior first basemen Amanda Lynch to ground into a double play to end the inning.

It was in the fifth inning that the Rainbow Wahine were able to break through, as sophomore center fielder Brittnee Rossi homered to left field of Olmos to give Hawaii a 1-0 lead. They added one more with a senior second baseman Alyssa Sojka single that scored Nicole Lopez for a 2-0 lead. They looked poised to break the game open as they loaded the bases with two outs, but junior reliever Jacy Boles struck out left fielder senior Jennifer Iseri to end the inning.

The Highlanders had their next chance to score in the top of the sixth inning, when they had runners at the corners with one out. However, junior third baseman Emma Ramelot fouled into a double play to kill the UCR rally.

UCR had one last chance in the top of the seventh inning, as they put two runners on with the go-ahead run at the plate. Hitchcock buckled down and induced a groundout from senior pinch hitter Rebecca Faulkner to end the game 2-0, and earned her 15th win of the season.

For UCR, Olmos took the loss to fall to (5-10) on the season, allowing two earned runs on five hits and a walk. Senior second baseman Brittany Garcia was three-for-three and those three hits accounted for all but one of the Highlanders hits in the entire game.

For Hawaii, Rossi was two-for-four with a home run, and Lopez finished two-for-three with a run scored.

Up next, the Highlanders conclude their weekend-trip at Hawaii and travel to UC Santa Barbara to take on the Gauchos in next weekend’s series.