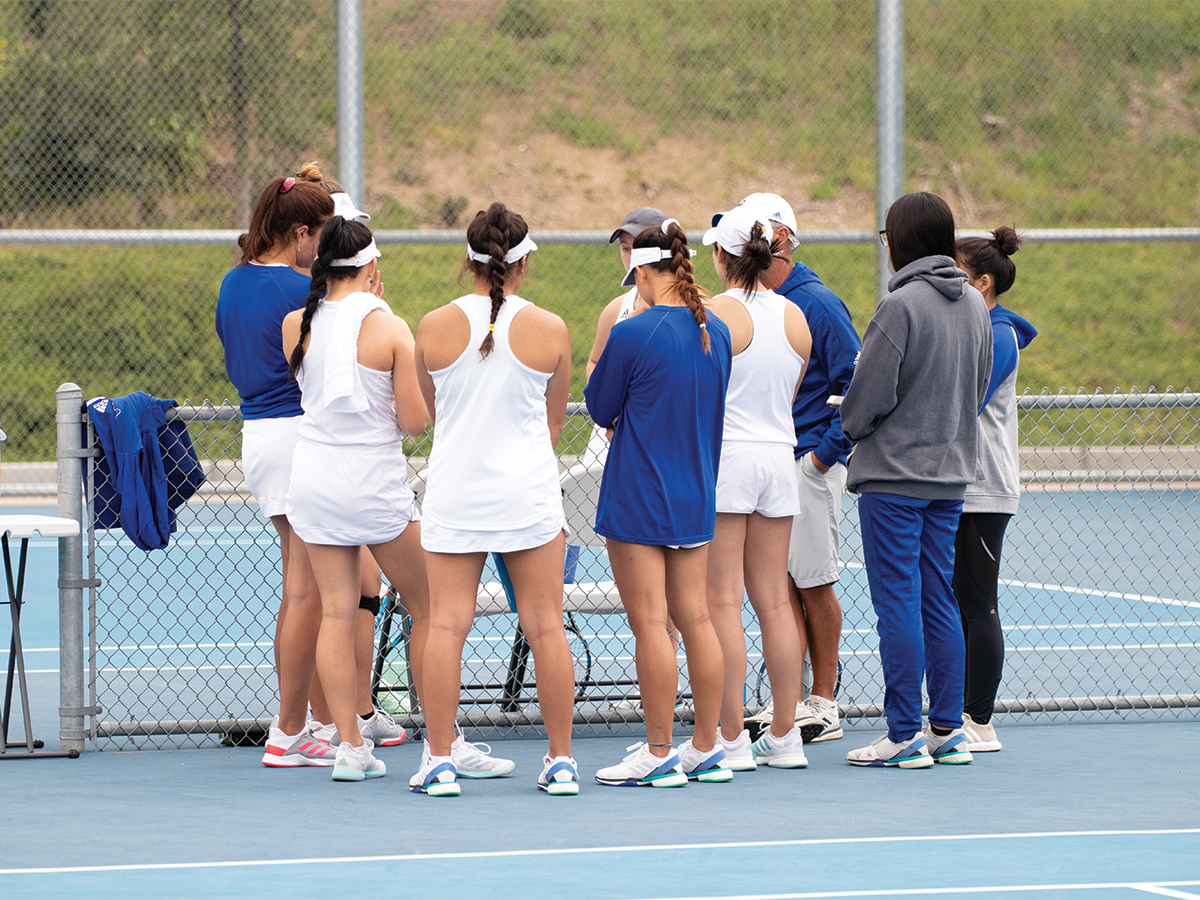 It was a season full of trials and tribulations for the women’s tennis team.

The Highlanders, a team comprised of mostly freshman, battled their way to a 7-13 overall record on the season. This may not inspire confidence to many, but for Head Coach Mark Henry it was not the number of wins and losses that counted the most.

“Overall, I think it was a good season,” Henry said. “We had a lot of freshmen that were big contributors to the season. We won some matches, and we had a lot of close matches that we didn’t win, but I think the group learned a lot and I think there is a lot of good things in the future for the group.”

For many teams, having a lot of freshmen doesn’t immediately translate into results as the players learn how to play through the grind of a full season at the college level.

“A lot of the growth was just learning to get through a season of college tennis and learning how competitive it is,” Henry said. “I think the biggest change for next year is that they will know what to expect and be ready for it.”

The Highlanders finished the past two seasons winless in conference play. However, Henry has seen some improvements in the Highlanders’ competitiveness in matches this season.

“We won one more match, but some of the matches that we lost, we had a lot more chances to win individual matches, and we were closer to winning the whole match,” he said.

Despite defeating the UC Irvine Anteaters in the play-in first round game at the Big West Tournament, Henry isn’t settling.

“We know we are getting closer, it’s possible (to win in conference play). It really is more of that mental focus of ‘we can do it,’ but sticking with the things we need to do to do it,” he said.

Even though their playoff finish, a loss to top-seed UC Santa Barbara, was disappointing, Henry still views the net result as successful.

“These are things we hadn’t done for a few years before, and those were big,” he said. “We haven’t been winning conference matches during the season, but to win them at the tournament should be motivation for the group, and shows we’re moving in the right direction, but we can still get a lot better.”

With the end of every season, there is always some bittersweet goodbyes to make. This season, seniors Tracy Van and Arabella Valera played their final season for UCR. Despite how their playing time was affected with the arrival of new players, Henry commended them on how they made a positive impact for the team this season.

“Without them, we wouldn’t have been able to continue to make the progress that we made. They’re hard workers and they’re people that are really supportive,” Henry shared.

Despite the losses, Henry sees a bright future for the team.

“The whole group has improved, and there are people with so much potential that weren’t in high places on the team,” Henry said. “If they have a good summer, it could rearrange everything.”