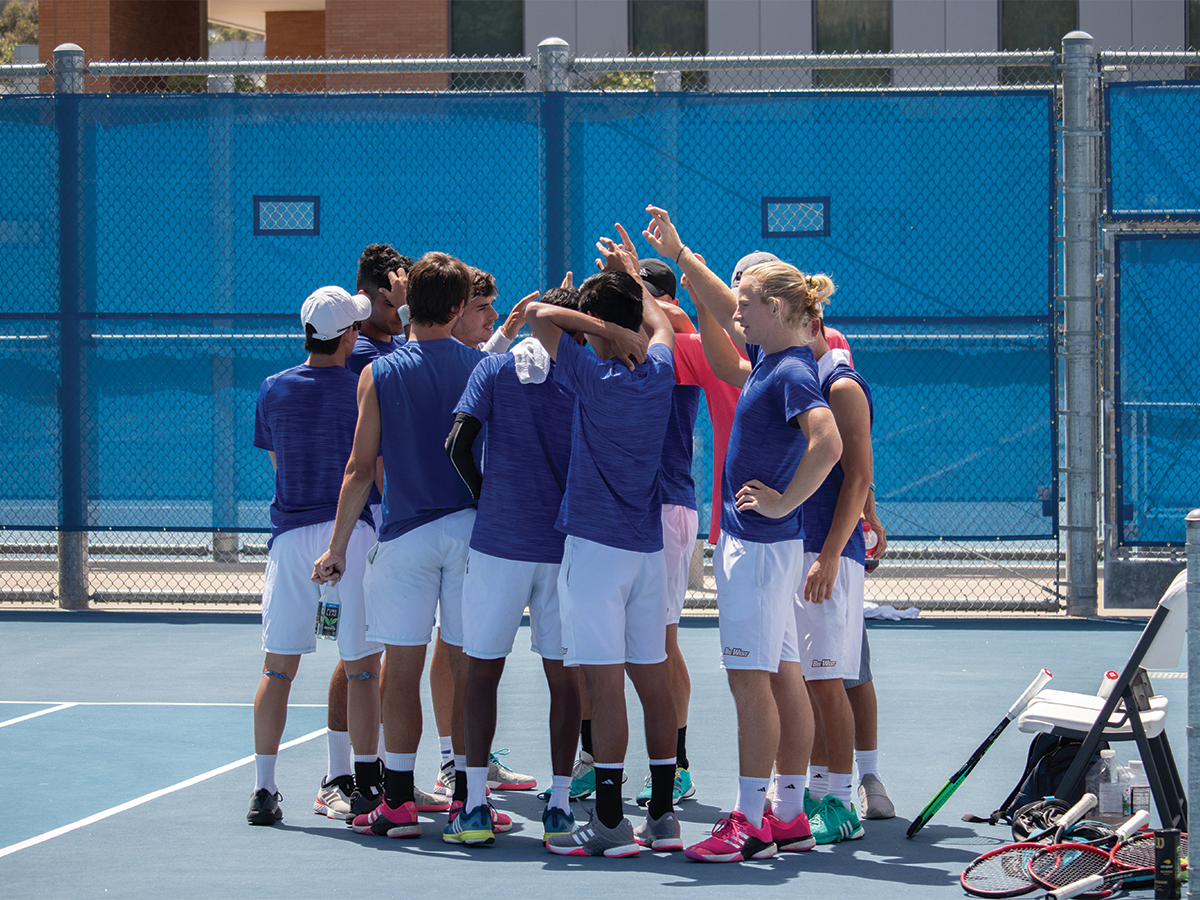 UC Riverside finished the season with a 20-16 record, breaking the program record for wins. The Highlanders also tied the Big West Conference record for wins as well, but they fell short in the playoffs, losing to UC Davis in the Big West Tournament quarterfinals by a score of 4-1.

“This is the fourth straight year we have broken the records for wins,” Coach Mattias Johansson said. “It means that we are getting better year by year and that’s what I am here to try to do. Other than that, it is just a number really because the record is meant to be broken. But there are always other aspects we can improve on and we will continue to work in the right direction.”

UCR suffered the same fate against UC Davis in the playoffs that they suffered in the regular season when they faced the Aggies on April 19. During the regular season matchup, UCR lost 4-1. In the playoffs, UCR had a few opportunities to win the tournament matchup as they won the number three doubles set. Juniors Gilbert Chung and Nabil Abdallah won the number three doubles match with a 7-5 score against Aggies’ sophomores Dariush Jalali and Chethan Swanson. However, losing the number one and two doubles sets cost Riverside the doubles point. The Highlanders had an uphill battle they had to climb after the conclusion of the doubles matches and they were unable to lift themselves out of the deficit.

Coach Johansson said that he would evaluate the season with his players and make a few changes for next season, but overall he plans to keep things mostly the same. His goal for next season is to keep improving and advance further into the Big West Tournament.

“You always evaluate yourself as a coach. We play a lot of matches and we have a tough schedule sometimes. There might be small adjustments made next year but overall, things will remain the same. You can’t really have regrets, just have to move forward and take one match at a time,” Coach Johansson said.

“First of all, we had the win against Hawaii (on April 7) and we have closed the gap against other teams. We used to be the pushover team, but now, we are not the pushover team anymore. Other teams have to start respecting us and the guys should be proud of themselves,” Coach Johansson said. “They are putting in a lot of hours and working really hard. Hopefully, they will be rewarded for their efforts to advance further into the playoffs next season.”

Next season, the Highlanders will be without seniors Kyle McCann and Anderson Ju who will be leaving the program due to graduation. They will both leave the program in the top-10 all-time wins list.