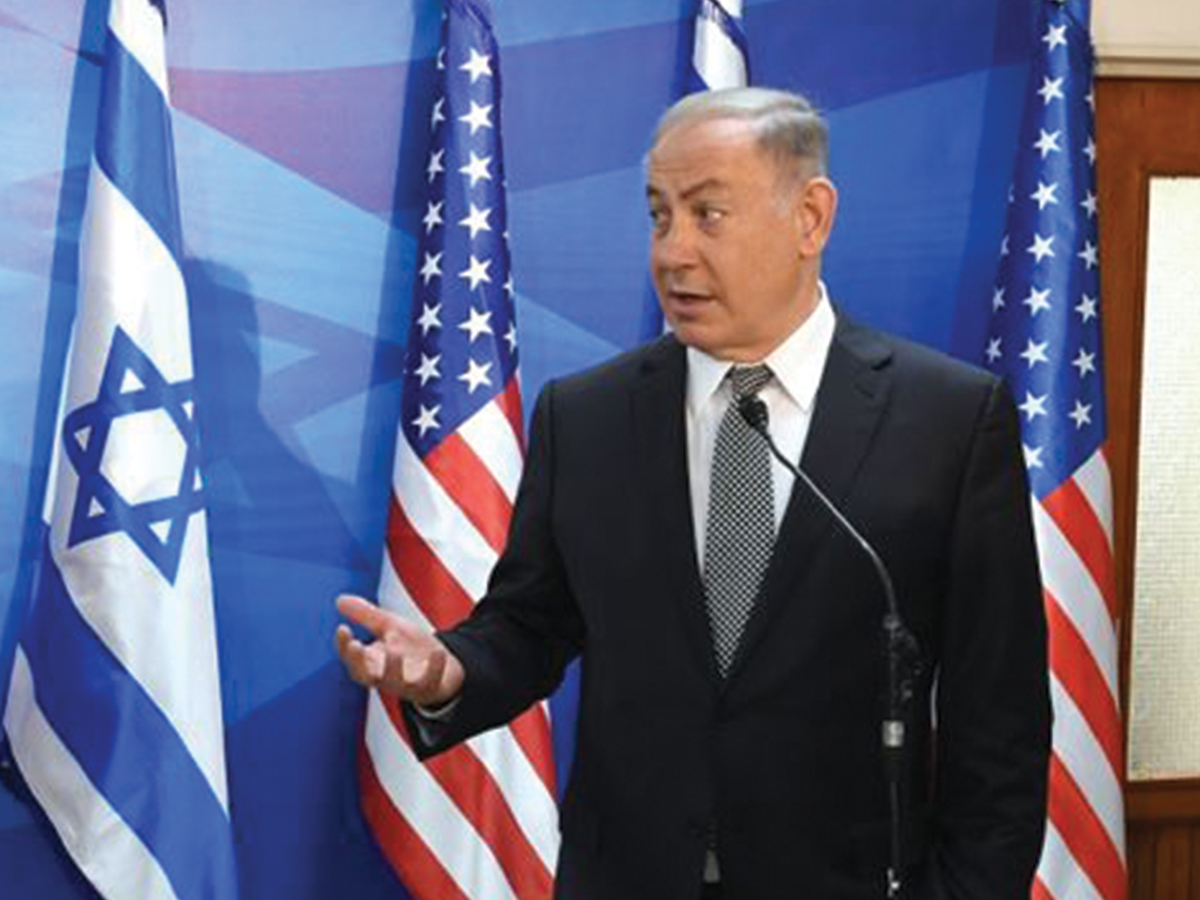 On April 9, over four million Israeli citizens went to the polls and re-elected the current right-wing coalition led by incumbent Prime Minister Binyamin Netanyahu. His reelection, despite facing severe legal indictments from Attorney General Avichai Mandelblit on three separate corruption charges, as well as his administration’s continued policies of disenfranchising the almost five million Palestinians living in the occupied West Bank of basic civil liberties, represents a bold repudiation of liberal democratic values and an open embrace of Trumpian disregard for basic international norms and the rule of law.

Israel remains by far the largest recipient of U.S. taxpayer aid, having received over $38 billion just last year. Additionally, Israel has been accused by the UN High Commissioner for Human Rights of violence against Palestinians in the Gaza Strip and the West Bank, where American-made weapons from large defense contractors such as Raytheon and Lockheed Martin are used by the Israeli military. According to the United Nations, Israel is currently violating international law by militarily occupying the West Bank, which has been deemed the rightful territory of the Palestinian people, whom, despite living under Israeli occupation for the last 52 years, have been deprived of their ability to vote in a single Israeli election. The worsening living standards in both the West Bank and Gaza have been commonly compared to apartheid in South Africa in the 1980s.

In order for American values to flourish abroad, and for our foreign policy to continue to promote American ideals, it is time for the United States to end all military and taxpayer aid to Israel in the wake of Netanyahu’s reelection. Bibi represents the naked cynicism of extreme politics, as he had the audacity to court the far-right Kahane Party, which is recognized as a terrorist organization by the FBI, to win the national election. The Kahane Party’s stated goal is to exterminate the Palestinian population from Israel and to violently expand Israel’s borders into Lebanon, Syria, Jordan and Egypt. Netanyahu also has a history of hurling racist abuse against the Palestinian people, once warning his Jewish base that the “Arabs are marching to the polls in droves.” His administration has seen a massive increase in the killing of unarmed civilians, the normalization of diplomatic ties with the brutal despotic regime of Saudi Arabia (which murdered a Washington Post journalist in cold blood) and an arrogant refusal to even engage in peace talks with the Palestinians. If the United States continues to offer unconditional and blind support for the Israeli government despite Netanyahu’s callous behavior on the world stage, America’s credibility as a formerly neutral arbiter for peace will be permanently tarnished, and our influence will be totally rejected even by close allies as former friends look to Russia and China as alternative global leaders.

Additionally, Netanyahu’s administration has repeatedly interfered in American elections, openly advocating for Republican Mitt Romney in 2012, which worsened relations once President Obama was reelected. Netanyahu himself has repeatedly invented falsehoods about the threat of Iran and is one of the loudest advocates for regime change against the Iranian government, despite the fact that every single nation that signed the Iran Nuclear Deal has certified their continued compliance with the agreement, even the United States.

Netanyahu’s allies in Congress have attempted to pass shocking legislation meant to criminalize private participation in the Boycott, Divestment, and Sanctions movement, which seeks to push for better human rights conditions for the Palestinian people with economic pressure on Israel. Boycott is a constitutionally enshrined right that was proudly used by civil rights activists including Dr. Martin Luther King Jr. to push for needed change. The fact that members of Congress would sell out American values and subject American citizens to foreign allegiance is a cruel and treacherous attack on the First Amendment.

However, perhaps the most chilling and unsettling aspect of the recent Israeli election is the fact that Israelis just re-elected a politician who is currently undergoing a criminal investigation and is facing a formal indictment, unseen before in Israeli history. Netanyahu is poised to illegally annex all of the Israeli settlements on Palestinian land in the West Bank in a duplicitous attempt to curry favor with his ultra-religious right-wing coalition — promising more land in return for legal immunity from AG Mandelblit’s indictment. At this point, it has become obvious that Netanyahu will do absolutely anything to stay in power, including destroying the precedent set by Israel’s legal institutions and nakedly violating international law and human rights standards.

Netanyahu’s reelection represents a dark era in Israel’s modern history, just as Trump’s election in 2016 was also an ugly stain on American history. However, as President Obama famously said in his Farewell Address, “progress rarely moves in straight lines — it zigzags and curves along the way before reaching its final destination.” While the forces of oppression, racism and violence may have scored yet another win in Israel, it will not break the determined will of the Palestinian people. As Americans, we should proudly stand beside them in the fight for equality, liberty and justice for all, just as we successfully won our independence from British tyranny 243 years ago.