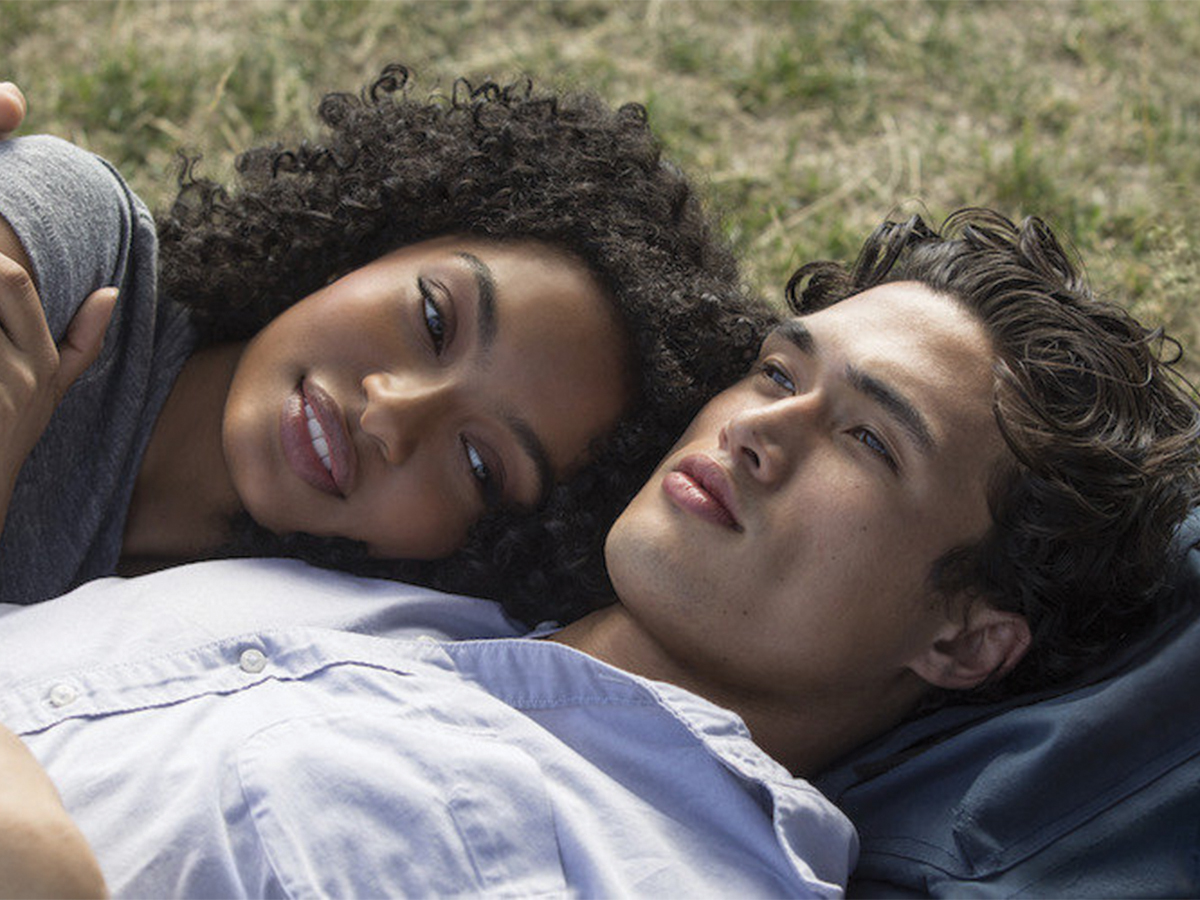 “The Sun is Also a Star,” the movie adaptation of the young adult (YA) novel by the same name, features “Grown-ish” star Yara Shahidi and newcomer Charles Melton in a nauseating romantic drama. The film follows Natasha (Shahidi) and Daniel (Melton) through a visually stunning, if hasty, day in New York City as they go from strangers to lovers. The cinematography is fantastic as it splits from impressive shots of the city to beautifully edited snaps, but that’s about the one and only redeeming quality of the movie. Despite a timeless story at its core and some interesting contemporary elements, the subpar acting performances and cheesy writing make the film only tolerable.

The film begins similarly to the YA novel and remains pretty faithful throughout. Natasha is desperately searching for a way to keep her family from being deported when she meets Daniel, a charming aspiring poet, by chance. The way they meet is cute (if a tad too dramatic), but it almost immediately veers into being awkward. Sure, Daniel is smitten with Natasha right away, but that doesn’t seem like an excuse for his overly forward, cheesy lines. Shahidi, for her part, can’t seem to work with the script either, delivering her lines in such a stilted, unconvincing way that their connection seems weak. It’s not that the actors are lacking chemistry, as they share both intimate and intense scenes where they demonstrate how well they can work together. Instead, tt seems like the script leans so much into the unrealistically romantic dialogue of YA novels that even the actors are unable to pull it off.

The incredible cinematography allows enough of a distraction for the actors and the writing to settle in. As Natasha and Daniel walk through the streets of Manhattan, their casual admiration of famous landmarks and ordinary townhomes highlights the dazzling color of city lights and beautiful landscape shots. Each shot is an ode to New York City: the trash on the streets is nonexistent, the colors are brightened and saturated and the sunlight glitters. The captivating, nearly magical background accentuates the budding love story between the costars and manages to keep the audience’s attention during the drawn-out scenes of romantic bliss. While the cinematography is nearly perfect, the editing and camerawork have its flaws. Sometimes the shaky camerawork distracts from the scene, and Natasha’s narration over edited photos of the stars, her parents or the city start to feel excessive and unnecessary halfway into the movie.

The film’s established premise is made more interesting by its contemporary characters and their politically pertinent story arcs. Natasha is an undocumented Jamaican immigrant who spends a significant portion of the movie dashing from office to office for a solution to her family’s deportation. Daniel is a first-generation Korean American who longs to be a poet— a goal that his parents destroyed with their own hope that their son becomes a doctor. As their love story unfolds, the two bond over their shared obstacles. The movie doesn’t give itself a pat on the back for representing people and issues that are prevalent in the United States; instead, it highlights the three-dimensionality of its characters and allows the unique circumstances to shape what turns out to be an ill-timed love story.

The plotline of “The Sun is Also a Star” is fairly interesting, but the writing is done so poorly that even the actors have a hard time making the corny script feel realistic. The cinematography pulls most of the weight of the film, contrasting the lackluster performances with a remarkable city backdrop. While the modern issues and small details add another layer of potential to the film, it falls flat overall due to a poorly written script.

Verdict: “The Sun is Also a Star” is not great but does offer a romantic, if unrealistic, reprieve from the action movies that have been recently dominating theaters. Its cheesy love story, modern issues and incredible cinematography are sure to draw audiences in, even if the writing falls flat.