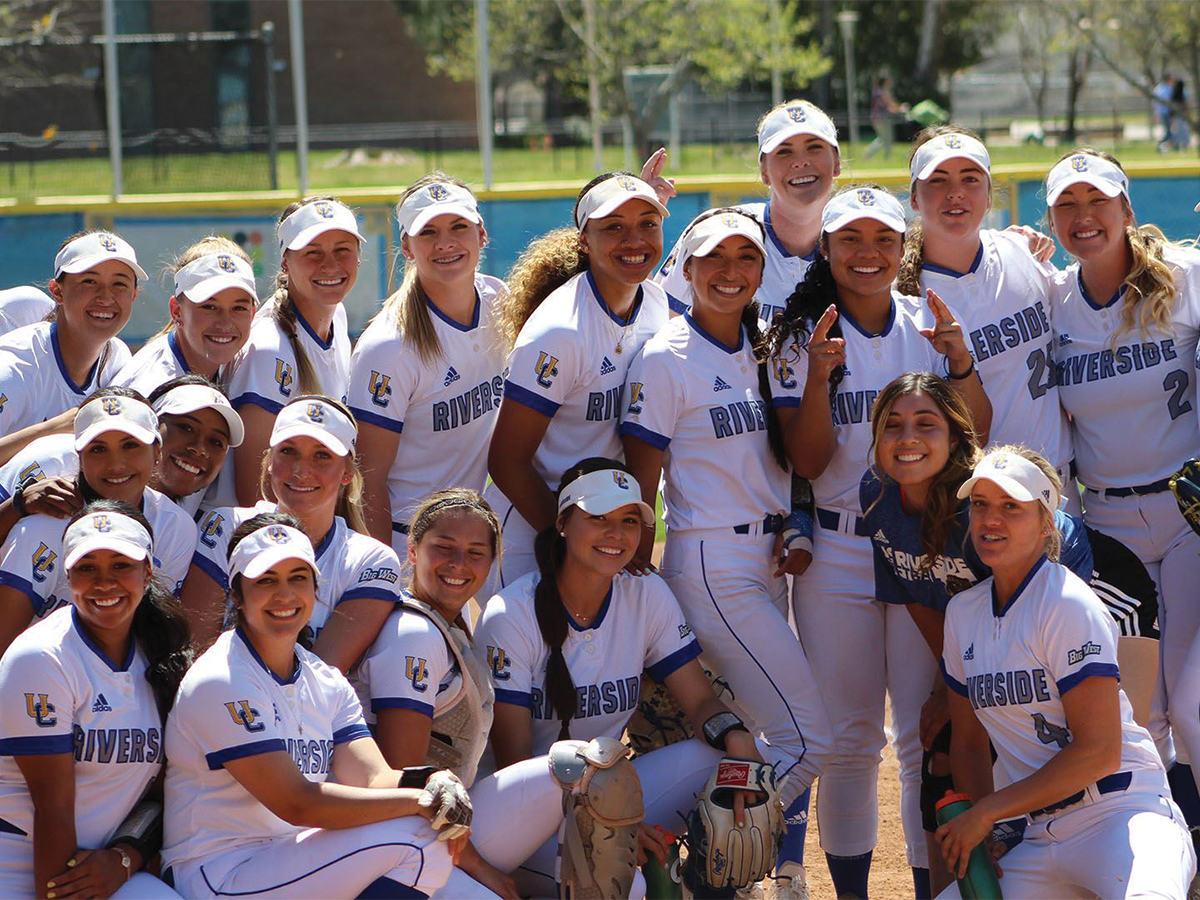 This wasn’t the ending the Highlander softball team had in mind to conclude the season.

After finishing the regular season with a 26-25, 8-13 record, the Highlanders competed in the NISC Championship tournament in Reno, Nevada.

Their first game was Thursday, May 16 against Fresno State (36-18, 14-10), their second meeting of the season against the Bulldogs following a 12-0 six-inning shortened loss in February at the Stacy Winsberg Tournament in Los Angeles.

This time around, the Highlanders scored first to take a 2-0 lead in the top of the first inning. The Bulldogs quickly rallied in the bottom of the first inning, as they batted around and rocked junior starting pitcher Jacy Boles for nine runs. However, the blame could not be solely saddled on her pitching, as the defense committed three errors to extend the inning.

UCR wasn’t willing to wither quietly, as junior shortstop Emma Ramelot’s three-run homer in the top of the second inning brought the Highlanders back to within 9-5.

In the bottom half of the inning, Boles wasn’t able to quell the Bulldogs’ bats for long, as she allowed back-to-back solo shots from senior center fielder Vanessa Hernandez and junior third baseman Schuylar Broussard to push Fresno State’s lead back up to six. Another home run, a two-run blast courtesy of freshman shortstop Vanessa M. Hernandez, pushed the lead up to eight and put the Highlanders in danger of losing by the mercy rule.

UC Riverside, however, willed their way back to within three runs after a five-run top of the third inning. After Bulldog freshman starter Danielle Lung loaded the bases, a walk by freshman outfielder Nadia Witt and two-run single by junior first baseman Melanie Olmos pulled UCR to within 13-9. A passed ball by sophomore reliever Danielle East brought in another run to cut the Bulldog lead to 13-10.

Fresno State quickly rallied to push the lead back up to seven, after another error-filled inning by the Highlanders. Both teams were held scoreless until the bottom of the fifth inning, when junior outfielder Kaitlyn Jennings homered to left field to secure a mercy-rule win for the Bulldogs, 18-10.

For Fresno State, reliever East earned the win after 2.1 shutout innings on two hits and one walk. Shortstop Hernandez finished two-for-three with three RBI and a run scored.

Looking to avoid elimination the next morning, the Highlanders faced the Loyola Marymount Lions (37-19, 11-4), who lost to the Nevada Wolfpack in their first game of the tournament.

The Highlanders tasked Olmos with the start, as she looked to save the season.

After scoring 10 runs in a slugfest, UCR’s bats were held in check all game long, en route to a 10-0 shortened loss to end the season.

After the Lions scored first in the top of the first, the Highlanders found their best chance to tie the game in the bottom of the second inning as they put two runners against LMU senior starter Hannah Bandimere. However, junior right fielder Kayla Curtan struck out to end the Highlander’s threat.

The game quickly slipped away in the top of the fourth inning, as LMU scored four times to take a 5-0 lead.

After adding a run in the top of the fifth, the Lions scored another four times, capped off by home runs by sophomore first baseman Delanie Wisz and sophomore pinch hitter Megan Martin to push the Highlanders to the brink.

Sophomore reliever Linnay Wilson induced a double-play by senior second baseman Brittany Garcia to end the 10-0 beatdown, and the Highlanders were eliminated from the NISC tournament. It was the second consecutive year UCR was knocked out by LMU following a runner-up finish in last season’s tournament.

For UCR, Olmos suffered the loss to end the season (6-12), allowing an earned run on three hits. Ramelot, senior first baseman, designated player Amanda Lynch and senior shortstop Hannah Rodriguez collected all three of the Highlander’s hits for the game with one apiece.

For the Lions, Bandimere earned her 17th win of the season with five scoreless innings, allowing two hits and a walk.