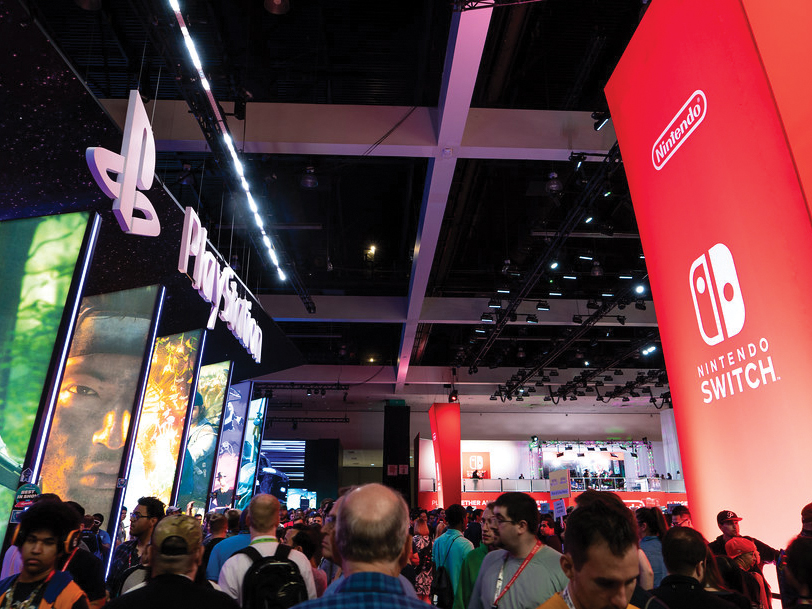 Every June, the Electronic Entertainment Expo (E3) is held at the Los Angeles Convention Center. It’s here where most major video gaming companies come together to show off upcoming titles, announce new projects and give attendees a chance to play demos of these titles. This year, there are many familiar faces with Microsoft and Nintendo being frontrunners for the event. However, one notable absence this year is Sony Playstation who has appeared at all previous E3 events. Despite this, the event is still shaping up to be quite satisfying with many teasers and guaranteed appearances already being announced. Analyzing current and past trends, we can correctly identify what each company will show this year at the event.

This year’s E3 opens on Sunday, June 9 with Microsoft’s showcase. They are famous for having dense conferences that show quite a lot of upcoming titles for their platforms. It’s safe to say that the new “Halo Infinite” will more than likely be shown seeing how it made quite a stir last year with its teaser trailer. Seeing how there was no other news on the title since, we can expect to see Master Chief back and hopefully returning to his former glory. Microsoft will be showing “Gears of War 5” as the next big installment in the fan-favorite franchise. I hope to see lots of news about the title seeing how it will hopefully tie the series up and give it the conclusion fans have been waiting for. Additionally, Microsoft is also showing various third-party titles giving other developers a stage to showcase their work. Although EA will not have their conference this year, EA’s “Star Wars: Jedi Fallen Order” will likely have a place during Microsoft’s showcase. With a confirmed release date of Nov. 15, expect to see lots of news as this new title hopes to expand the world of Star Wars and deliver a satisfying experience. With EA involved in development, the game could still fall victim to the same traps DICE’s Star Wars Battlefront series did. It wouldn’t surprise me if we got to see teasers for a next generation console reveal, as Microsoft likes to stay ahead of the competition. With Playstation being absent, it might just be Xbox’s best opportunity to be the trailblazer and thrust gaming forward into a new generation of consoles.

Later that same day, we can expect Bethesda to show certain clips of their various upcoming projects that have already been announced. As always, Bethesda likes to stay quiet about what they may be announcing or revealing at the yearly E3 event. Despite this, director Todd Howard stated both “Elder Scrolls 6” and “Starfield” will not be shown. This is most likely due to Bethesda’s decision to start developing for the next generation as they prepare for new consoles to be released either late this year or next year. At E3 2018, it was announced that a sequel to 2017’s “DOOM” remake was in the works for 2019. With 2016’s “DOOM” reinvigorating hype for the series, “Doom Eternal” will be a much more verbose experience. Id Software has been teasing the game with some trailers and teasers that show a true hell on earth experience that fans have been asking for since “Doom 2” in 1994. We can expect “Doom Eternal” to take center stage at Bethesda’s conference seeing how it is their most anticipated project slated for release later this year. Another Id Software title is expected to be at E3 as well. With “Elder Scrolls 6” not making an appearance, we can expect announcements for their new mobile game, “Elder Scrolls Blades”, as nothing has been shown since last year. This could be foretelling a delay even though the early access beta version garnered very positive reviews. Riding the hype train of last year’s E3, I hope to see Bethesda come prepared to deliver on some much awaited promises for their releases later in 2019.

Second to last this year is Square Enix who’ll have a few projects to show off. Starting with the obvious, it’s clear that Square is taking their time with the “Final Fantasy VII” remake as they showed a new trailer in March. In that trailer, they announced that the game will take the main stage at their conference as it is their most ambitious project yet. The title has been in development since 2015 and has had nothing shown until this past March. With such a long development cycle, I hope to see a fleshed out, playable version at E3 that fully recreates one of the best RPG’s of all time. Another obvious pick for their conference is the much anticipated “Dying Light 2.” The success of the original re-illuminated the interest many have for the zombie survival genre. Announced at E3 2018, the sequel will look to take the concept further and give it a unique style not seen in modern zombie games. Seeing how Square Enix loves to capitalize on sequels, “Dying Light 2” has a great chance at being showcased this year even if it’s possibly being held back for a 2020 release. Finally, the recently announced Avengers game will also be showcased this year. Not much is known about the title other than a logo; despite that, I have high hopes for what Eidos Montreal can produce. This year Square is not pulling any punches with three very big games releasing on current generation hardware.

Last but certainly not least, Nintendo holds their conference after Square Enix. With possibly the most mysterious lineup, this years Nintendo Direct will give us a closer look at what the company has been developing under wraps since last year’s E3. I have major hopes for “Metroid Prime 4” as it was announced that development for the game had to be redone and will take more time to produce. Hopefully, E3 can really show us what Prime 4 will look and play like as the title is one of their most anticipated yet. I have some doubts as to whether or not “Pokemon Sword and Shield” will be showcased considering Nintendo is hosting a separate event a week prior to E3 that is dedicated to showcasing the new titles. Any news that would come from E3 will more than likely be minor as the Pokemon focused event will have more substance. Animal Crossing for Switch is also a huge contender for being showcased as it has a release date for fall/winter 2019. Because Animal Crossing is one of their bigger franchises, Nintendo will likely show it off with possibly a playable demo on the showfloor. With many having high hopes for the cute social life simulator, Nintendo is sure to impress by bringing the franchise into the next generation. Besides that, Nintendo could really show anything as the company is very old school and doesn’t like to tease upcoming projects. Whether that means a new Mario or Zelda game, I’m sure Nintendo will have an ace up their sleeve come E3 week.

With the current gaming climate being in between console generations, it’s surprising to see the support companies creating new content for their consoles that are relatively close to being replaced. E3 is such a great time for all kinds of gaming as the representation for all platforms has been enormous in recent years. Despite Playstation’s absence, this year is still shaping up to be a great event with lots of news packed into the schedule. The days inch ever closer to the best showcase of gaming’s future and it has never looked brighter.