In an interview with the Highlander, Julian Gonzalez, the newly elected ASUCR president for the 2019-2020 school year discussed his hopes for his future as ASUCR president.

Gonzalez is currently a third-year political science major. He is 20 years old and is from San Jose, California. After college, Gonzalez hopes to go to law school and become involved in state and federal politics.

Being elected ASUCR president “is the greatest thing that has happened to me here at UCR,” stated Gonzalez. Gonzalez stated that he ran for president with the goal of uplifting students voices. “I believed in student power so much that I molded my campaign around it. I feel honored that my peers believed in that vision I had for not only ASUCR but UCR as a whole,” stated Gonzalez. He noted that he has yet to fully process his win, adding, “All I can say is thank you and that I’m really excited to put in the work. It is time for all of us to come together and make strides in what we want the future of UCR to be.”

During elections, candidates were asked to describe their campaign in three words. Gonzalez chose the words: united, action and transformation. In regards to his goals as president, Gonzalez stated that he will stay true to his campaign promises. In his interview with the Highlander, Gonzalez emphasized how as president, he hopes to work on unity at UCR. He stated, “I want to mend the various disconnections ASUCR has on campus.” He noted that these disconnects occur with the student body, Costo Hall, administrators and more. “There is so much mending that needs to be done,” added Gonzalez.

Gonzalez also expanded on his campaign promise of action. He stated, “It is time for us students to fight for ourselves. My time as a Senator this year has shown me how much us students are directed in the wrong direction when trying to stand up for what we want,” stated Gonzalez. He emphasized how he wants to make sure those at the top of the ladder at UCR know that students will not be silenced and will be taken seriously when fighting for what they are passionate about.

His third promise was transformation. Gonzalez told the Highlander that he wants to transform ASUCR in many ways. He stated, “The lack of transparency needs to be fixed. The accountability needs to improve. Furthermore, the impact needs to grow.” He went on to state that “there is so much ASUCR is lacking.” He stated that he hopes to help lead the new members of ASUCR “in a new direction. A direction that has been needed for way too long.”

Gonzalez also highlighted the lasting impact he hopes to have on ASUCR and UCR as president. Gonzalez stated that he hopes to improve the strength of student voices at UCR and that his presidency will transform ASUCR for the betterment of the student body. “I hope to cultivate and leave behind a permanent precedent of transparency, accountability, and student power,” stated Gonzalez. Improving transparency, stated Gonzalez, is one of his biggest goals as ASUCR president. He stated that he will try his “absolute best to fix this issue within ASUCR.”

“I hope to be a president that the student body is proud of. A president that is relatable,” stated Gonzalez. Gonzalez hopes to be a president students can count on. He wants himself and the student body to have a relationship where they can rely on each other when the other needs help or something needs to be addressed. Gonzalez stated that while he may be president he “will always be a student first, so I look forward to addressing all the issues/experiences we encounter together.”

“I want to be a leader that can help ASUCR find their passions and interests,” stated Gonzalez. He wants to help in students’ endeavors, projects, programs and more. He stated, “I also hope all of ASUCR knows that I am going to keep them accountable when need be … through this relationship, I will always push ASUCR to do whatever is best for the student body and UC Riverside.” 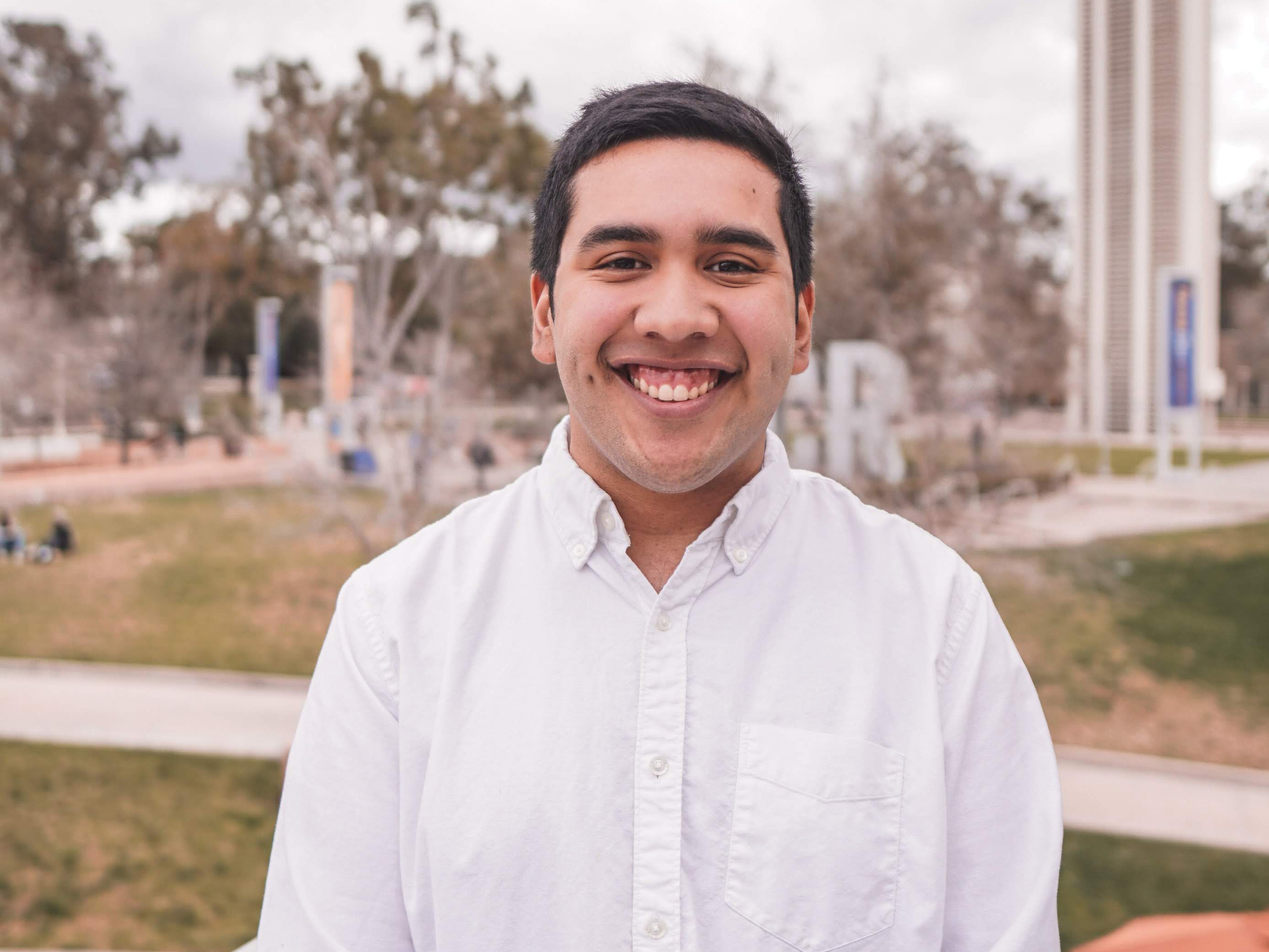