On May 29, the ninth ASUCR senate meeting of the quarter began at 6:35 p.m. This was the last meeting for senators who served in the 2018-2019 school year. The new senate-elect officially sat on the horseshoe after the conclusion of the meeting.

CNAS Senator Abigail Cortes invited Associate Professor of History Juliette Levy to discuss the plan to establish a program for high school students who are interested in science, technology, engineering and mathematics. During public comment, Levy emphasized that the high school will not impact UC Riverside college students. Levy added, “You are not going to be in competition with high schoolers over faculty time and resources.”

ASUCR senators questioned the plan’s effectiveness. CNAS Senator Kenneth Thai asked about possible cons of this plan. Levy said that an inability to properly communicate about the plan would be the con. However, CHASS Senator Chelsea Davenport followed up and asked Levy if that is the only con about this plan. Levy listed gym access and faculty issues as cons, but Levy stated that the faculty issues have been resolved. Parking was addressed as another concern during public comment, yet Levy believes that UCR’s parking issue is a separate issue from the STEM high school program.

The Riverside Unified School District (RUSD) STEM High School Town Hall will be on June 6 from 12-1 p.m. in HUB 302.

Approximately 12 bills and resolutions total were passed on issues ranging from campus safety to tabling. SR-S19-003 addressed campus safety at UC Riverside. CHASS Senator Alyssa Tocker pointed out the campus shooting threat notified to the UCPD on May 10 as a primary reason for creating this resolution. Tocker stated that students should not feel obligated to go to class after a shooting threat. Instead, Tocker believes that students going to class after a threat can pose a security risk for students on campus. The SR-S19-003 resolution was approved with a 12-0-0 vote.

ASUCR senators also passed SB-S19-011 with a 13-0-0 vote. According to the senate meeting minutes, ASUCR senators will have to attend one tabling event per academic quarter. The bill stated that the marketing and promotions director would table along with senators. In past meetings, students have expressed their concerns with tabling issues extending beyond SB-S19-011. ASUCR has not met its own chapter 20 bylaw guidelines. The bylaw states that each senator should table at least once per quarter. The chapter 20 bylaw also states that ASUCR must table every Wednesday at the Bell Tower.

Other bills and resolutions discussed during the meeting passed as well. Issues such as solidarity with women’s reproductive rights to a student voice committee bylaw update were all passed with a majority vote. 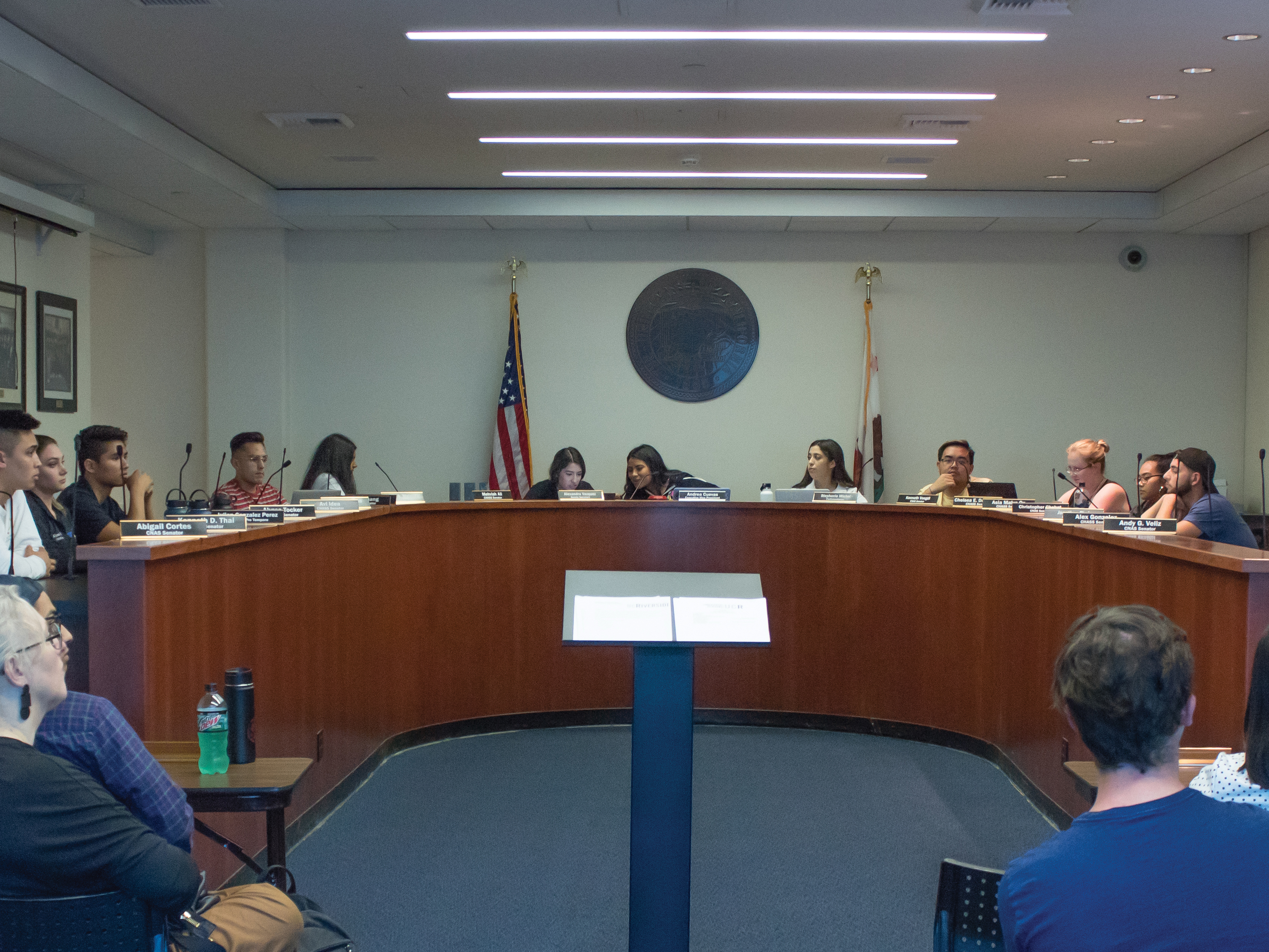