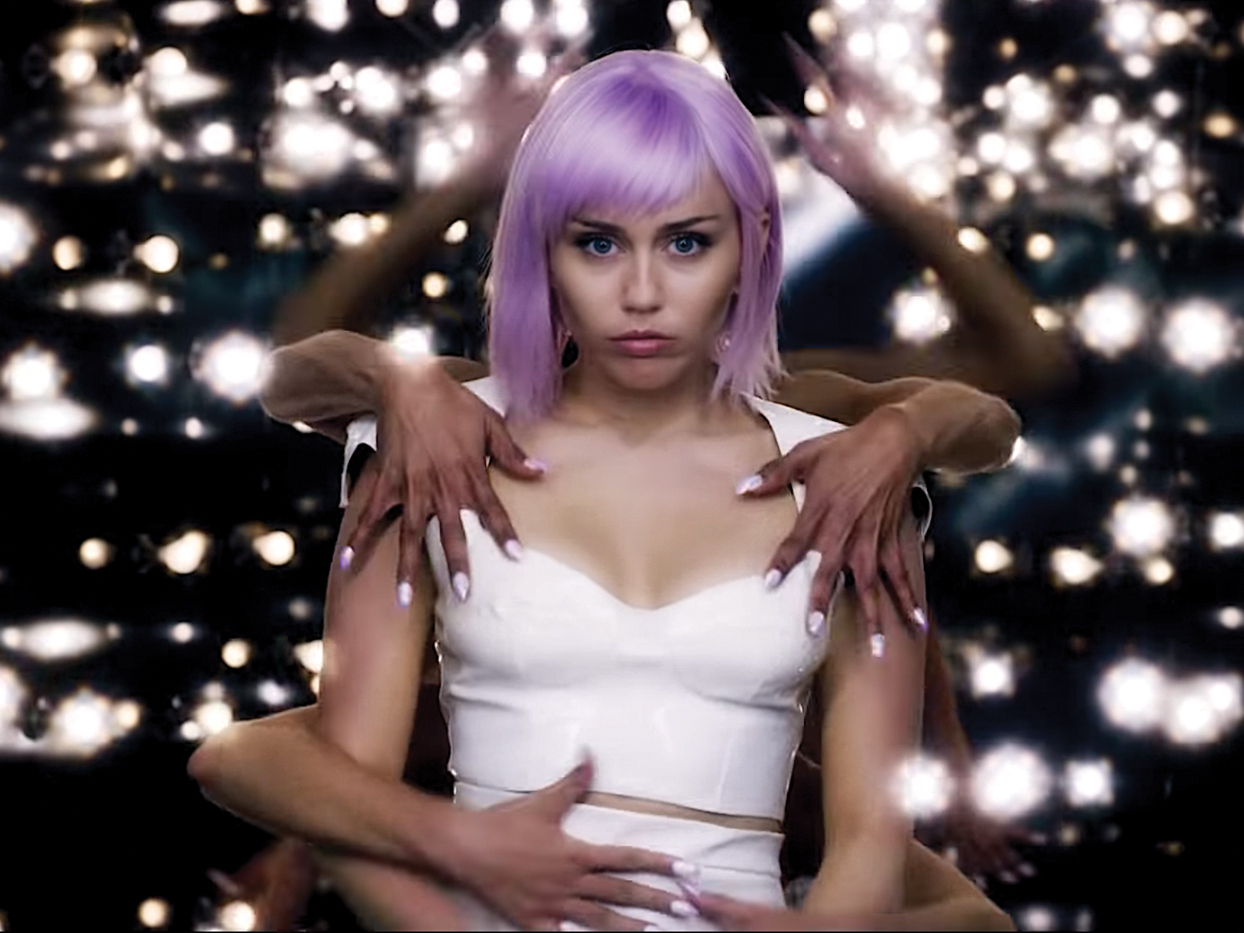 After eight seasons of political backstabbing and complex character development, “Game of Thrones” has finally reached its conclusion. Beginning in 2011, “Game of Thrones” became a cultural phenomenon as it delivered on complex and captivating stories coupled with top notch set and costume design. Each episode succeeded in transporting the audience to Westeros as they argued over who would eventually end up on the Iron Throne. The show quickly informed the audience that it was unafraid to test the viewers resolve as the showrunners never shied away from killing main characters or providing gruesome deaths meant for mature audiences. As each season progressed, the show’s quality managed to stay high even though many felt the final season failed to live up to expectations. Despite this, it by no means ruined the shows magnificent run. “Game of Thrones” has been a staple of television since its debut in 2011 and now that it’s finally concluded it is readily available to binge on HBO.

Following the harrowing events that unfolded as a result of the Chernobyl nuclear disaster in April 1986, HBO’s “Chernobyl” delivers on expert storytelling and captivating performances.  The show follows several perspectives that range from the Soviet political bureaucracy to the common soldier tasked with rounding up locals for relocation all set to the background of the nuclear disaster. However, the main appeal of the show is the efforts of Valery Legasov, the primary focus of the series, as he tries to beat the clock and avert Chernobyl’s radiation from spreading further despite efforts from the Soviet government to cover up the explosion. “Chernobyl” captures audience interests as it provides great performances with genuinely interesting historical moments. Though the roles of Russians are played by British actors, none of whom attempt a Russian accent, their performances still work and are never phoned in. Furthermore, lesser known aspects of the nuclear disaster are put on display as viewers will learn how the event unfolded and how it could have been much worse. The miniseries includes five hour-long episodes that tell the unbelievable story of Chernobyl and can be streamed now in full through HBO.

Based on the book by Neil Gaiman and Terry Pratchett, “Good Omens” follows an angel and a demon who have each spent their entire lives on Earth ever since they first met at the Garden of Eden. However, the two have grown to enjoy their lives on Earth and must work together to stop Armageddon from beginning after one of them accidentally misplaces the antichrist. As this description implies, the show is humorously absurd and wildly fun. A parody through and through, “Good Omens” is reminiscent of several classic pieces of British comedies such as “Monty Python” and “Hitchhiker’s Guide to the Galaxy.” The show offers a faithful adaptation of the source material and is coupled with great performances throughout, especially from its two leads played by Micheal Sheen and David Tennant. Audiences will immediately fall in love with Sheen’s fussy angel Aziraphale and Tennant’s bad-boy demon Crowley. More importantly, viewers will undoubtedly be entertained by the duo’s hilarious chemistry as the two constantly clash despite a mutual admiration for each other. This latest Amazon original miniseries consists of six hour-long episodes and makes for a fun and worthwhile binge.

This British action thriller follows war veteran William Budd as he is assigned to protect the controversial British Home Secretary. Budd is then tasked to protect her as she becomes the target of several assasination attempts due to her political positions as he himself becomes compromised by his views towards the Home Secretary. “Bodyguard” is a thrilling Netflix miniseries that is guaranteed to keep viewers at the edge of their seats throughout the shows six hour-long episodes. Filled with political intrigue as conspiracies unravel as well as several intense assassination attempts and terrorist attacks throughout. Even more so, this show does not hesitate to introduce the audience to the intensity of the show as the opening scene involves a stressful event that forces Budd to talk down a suicide bomber. The series contains several impressive performances, such as its lead Richard Madden. Each episode will leave viewers dying to see what happens next as “Bodyguard” makes for the perfect binging experience as the entire series can be found on Netflix.

“One Punch Man Season 2” is a great addition to the already great anime series by J.C. Staff. The action comedy is an amazing pick for any anime fan and is sure to impress viewers with its creative storytelling. Season two follows Saitama and his gaggle of followers as he defends Japan from daily destruction. Saitama is a hero for fun and sees his job as a chore that he is delegated to because of the sheer strength of his punches. Season two explores new and exciting elements that season one had failed to capture. With a new exciting cast for fans to enjoy, the show shakes up the original formula which adds some well deserved flavor to the new season. As always, Saitama’s robotic sidekick Genos returns with his creator Doctor Kuseno. Now with the introduction of the hero association, more heroes join Saitamas following such as the S class hero Tatsumaki and her younger sister Fubuki. As they battle their way through both constant monster attacks and the minutiae of life, the show is sure to give a laugh and deliver on epic fights. Overall the series is a great pick for any summer binging and can be streamed in its entirety on Hulu.

“Attack on Titan”’s first season was a breakthrough in 2013 for the American anime group with its shocking visuals and enthralling storyline. Over the next few years, Wit Studio would work hard on producing the next few seasons alongside animating new series. Now Wit Studio has committed to the production of “Attack on Titan” and it shows with their newest season. Much like the show’s previous seasons, we follow the 104th Survey Corps class as they constantly struggle with the titan threat. S3P.2 delivers on the show’s history of gore and nonstop action by cranking it up to its maximum and widening the world of the show. Bringing together the most ludicrous events that ties the best visuals and best story the show has covered before. Following Eren Yeager’s journey to discover the secrets of the titans and lead the survey corps to victory. As all returning characters get their time to shine, we get to understand key characters like Levi and Mikasa Ackerman. As “Attack on Titan” reaches its climax, the impressive visuals and stunning story is sure to impress fans and non fans alike. The plot and characters still manage to deliver a satisfying experience that fits well tonally and narratively as the show moves towards bigger and better things. It’s no better time to jump back into this series with much more content since the initial blow up in 2013 and available on Crunchyroll.

Based on the 1961 novel by the same name, “Catch-22” follows Yossarian, a roguish young man who finds himself fighting as a bombardier in the Second World War — a war he has long since stopped caring about. Despite the conflict clearly reaching its conclusion, every time Yossarian nears the end of his mission count, his colonel raises it by another five missions, trapping him in an insurmountable cycle of risking his life for no reason. It is from this loop that the show derives most of its humor, as the absurdity of Yossarian’s situation leaves the audience unable to do much else but laugh. When you do find yourself laughing at the absurdity of it all, tragedy strikes and Yosarian is forced to watch as his fellow bombardiers are shot down in combat. For as much of a joke as “Catch-22” makes the bureaucracy of war out to be, it is quick to remind the viewer that war itself can be a very scary and very sad affair. To top it all off, the show itself looks fantastic with an aged, tannish color pallette that can only be described as “handsome.” This Hulu original provides a fantastic viewing experience for anyone interested in tragicomedy.

The hit Netflix show “Black Mirror” is now in its fifth season, released June 5, 2019. The three-episode season hosts impressive and compelling episodes that break away from the typical tech dystopia and explores the weaknesses of the human will. The first episode, “Striking Vipers,” chronicles Danny Parker who finds a respite from his dull family-oriented life in an affair with a friend in a hyper-sexualized virtual reality game. In the second episode “Smithereens,” a ride-share driver kidnaps an unsuspecting intern in order to avenge a death he blames on the eponymous social media site. The third and final episode, “Rachel, Jack and Ashley Too” follows the life of pop sensation Ashley O, her aunt’s monetization of her personality in a robot for lonely teens and her dedicated fan Rachel. The three-episode season spans a wide spectrum of emotional and psychological questions that make it a compelling and entertaining watch for the summer.