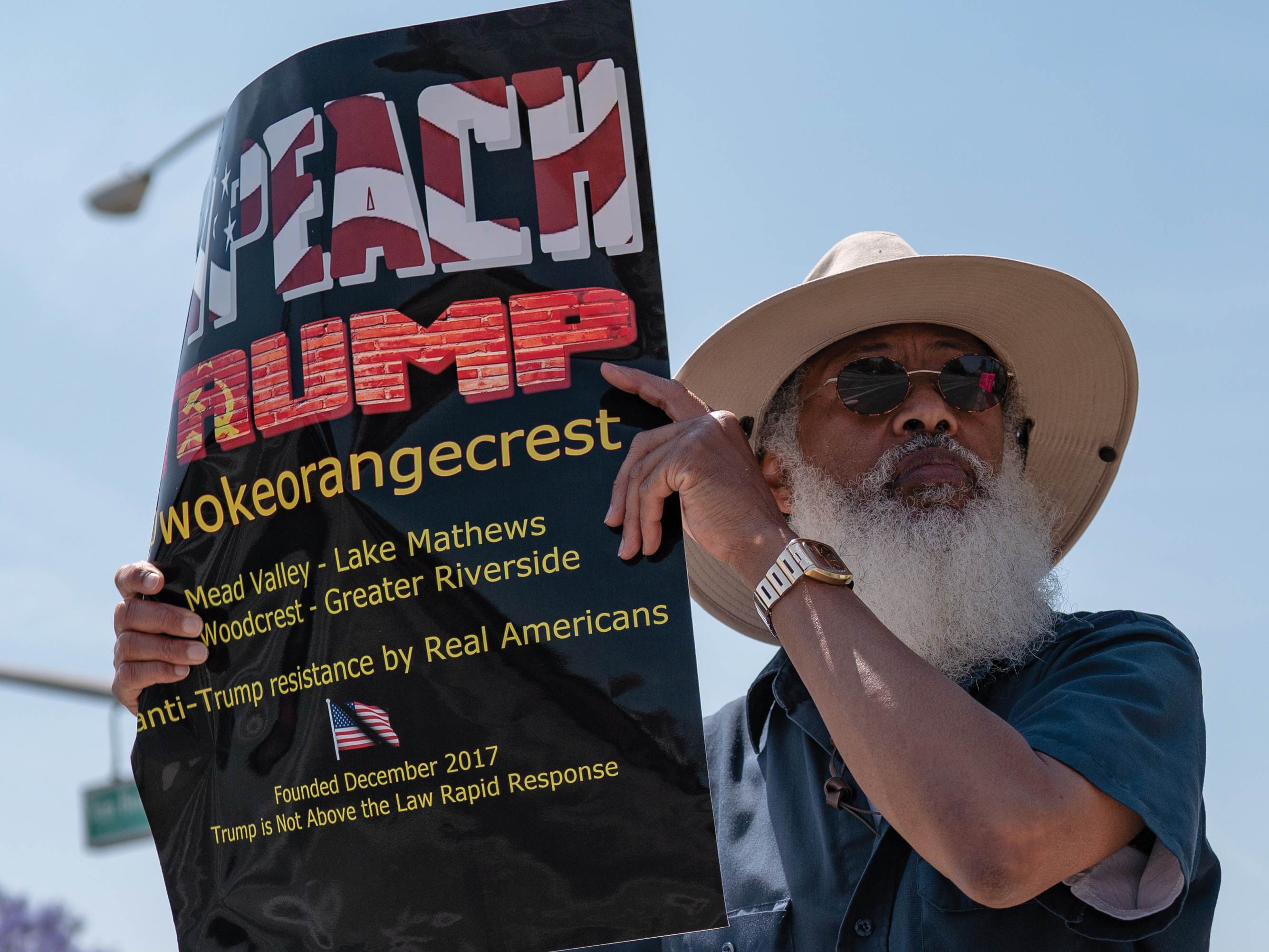 On Saturday June 15, a protest titled “Impeach Trump” was hosted in Riverside and took place on the sidewalk at Trautwein Road and Van Buren Boulevard. The protest was one of many planned throughout Southern California calling for the impeachment of President Donald Trump.

The protest began at approximately 1 p.m. and began with about 20 protestors. Throughout the duration of the protest, the amount of protestors grew peaking at approximately 50 protestors. During the protest, the Highlander spoke with a protestor named Tamara Paul who stated that she was protesting that day because she “believes that we need to impeach Trump. We need to get him out of office. He is harming our country and I want stability in the presidency.” She stated that she is so passionate about this issue because she wants “a better world for my countrymen and for my children and grandchildren.”

One protestor who did not provide her name stated that she was protesting that day because “I spent years working as a teacher and saw how education and facts can make a big difference in everyone’s lives … November 2016 almost killed me. My passion is democracy.” She stated that she is not particularly concerned with seeing Trump be impeached but instead, “I want to see a public inquiry into the things he has done. We can vote him out instead.”

Throughout the protest, cars driving by would honk their horns in support of the protest prompting many protestors to wave and cheer to the drivers. One protestor stated that she was protesting to impeach Trump despite the fact that the next presidential election is approaching soon because “Trump can do a lot of damage in the time between now and the next election.”

Another protestor stated, “Impeachment proceedings need to begin … It is time for Congress to hold him accountable.” One protestor named Nick who did not offer his last name stated that the protest was important because, “The fact is that he’s in office right now and that to me alone is a threat … he is a liar … Donald Trump is not a leader.”

The protest began to dissolve from approximately 50 protestors to about 15 around 2:30 p.m. It dissolved entirely at 2:56 p.m.