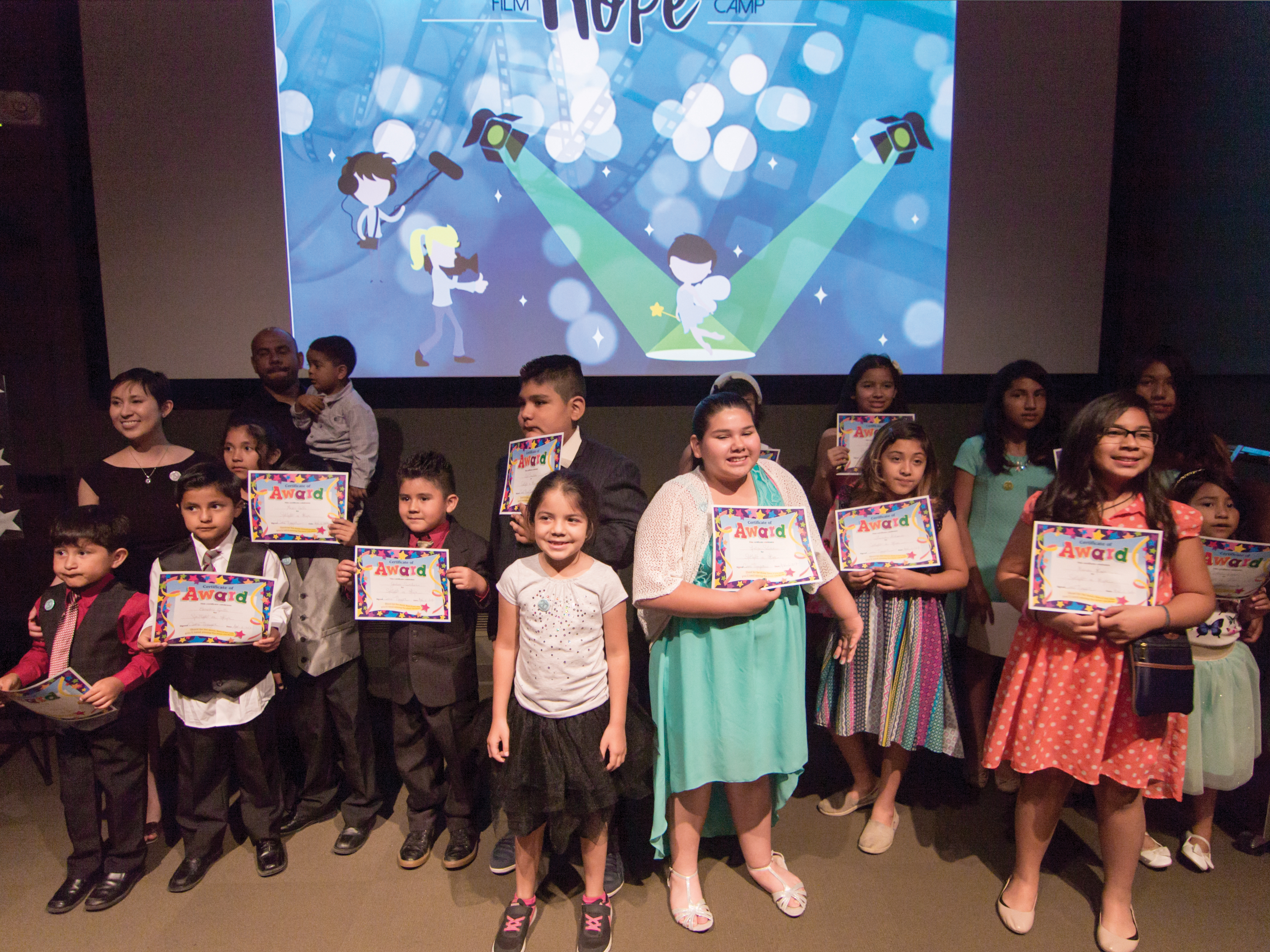 Cassie Nguyen began her masters program at the School of Public Policy at UCR in 2015, and with her she brought her passion for film. She founded and is the current executive director of the student organization Spotlight on Hope Film Camp (SOH) at UCR. Nguyen helped co-found SOH with the purpose to serve as a therapeutic outlet for cancer patients and their families, with Nguyen herself being a 15-year cancer survivor of pediatric brain cancer.

Through the SOH Film Camp, cancer patients and their families can collaborate with UCR students to explore different roles within film. The camp is open to anyone from the patient’s family as well, in hopes of creating an environment that will cultivate memorable moments for both patients and their families. Through the SOH Film Camp, participants can write scripts they want to produce, create stop motions, act, edit or work behind the camera.

“(SOH) is provided for them to be creative and use their imaginations without any restrictions, like if they want to fly, they can, if they want to defeat an evil villain, they can,” Nguyen said. “The end goal is to improve their mental wellness, increase their sense of self worth and bring laughter and smiles to those that need them most,” wrote Nguyen.

Throughout the year, UCR students have the opportunity to further their interest in film and help others by hosting film workshops for the families. Everyone’s efforts and days spent working behind and in front of the camera led up to their biggest event of the year, the annual red carpet screening.

This year, the 4th Annual Red Carpet Screening was hosted on Sunday, June 2 from 5-7 p.m. at Watkins 1000 for all students, patients and their families. The screening began with a short introduction from the club founders and continued on to showcase the films that were produced by its members this year.

Following the screening, the featured directors of each film held a Q&A where they answered questions from the audience. SOH Film Camp was focused on giving the participants and their families an authentic experience, so they ended the night off with an awards ceremony. Every member was recognized for the work and dedication that they put into their respective films.

“I encourage students to be a part of SOH, so they can improve their volunteer interests, leadership skills, film, health interests, any interests that they would like to pursue further. They also have the privilege of creating workshops for families with cancer and see the happy smiles from all the families,” wrote Nguyen.

The SOH Film Camps are held at UCLA and UC Riverside and have recently expanded to the University of Southern California and UC Irvine. They are also partnered with the UCLA School of Theater, Film and Television, Children’s Hospital Los Angeles, Make A Wish of South Carolina, Dean Productions, Childhood Foundation of Southern California, the Donald A. Strauss Foundation, GLUCK Fellows Program of the Arts, Berkeley Big Ideas and Associated Students Program Board (ASPB) at UCR.

“My hopes for SOH is to be a notable and recognized outlet cancer families can turn to and participate in. I want SOH to be offered statewide and worldwide to serve not only cancer patients, but all who have chronic illnesses,” Nguyen wrote.