On Saturday, Oct. 26, the R’Garden hosted the first Fall Harvest Festival. The festival was hosted in Lot 30, where UCR’s first pumpkin patch was located. The pumpkins themselves were grown by the R’Garden and sold by volunteers for $5 each. Although the event started at 11 a.m., attendees were already waiting around 10:45 a.m. Music was playing in the background as families and people walked around looking at the various displays of insects, provided by the department of entomology, who featured a live Rosy Boa named Timmy. People could actually handle the calm snake, who was very smooth and enjoyed being softly petted. There were many activities that children, teens and adults alike could enjoy.

Some of the activities were pumpkin painting, face painting, rock painting, decoration making and different setups for taking photos. It was a lively atmosphere with children wearing Halloween costumes and having fun. Many organizations had candy at their tables, and children had an early trick-or-treating experience.

Once everyone got settled in, the event organizer stood up to the mic and greeted the visitors. “Hey everyone! This is the R’Garden, this is a place for all students to come and hang out. The R’Garden is accessible to all students, there are community plots, open for the community of staff, students, anyone that wants to grow their own vegetables,” they said. “All we ask is for people to tend their own crops and five hours of volunteer time a quarter. We want to bring more of the UCR community out here, since it’s free for you to use,” he mentioned.

This is the first year R’Garden hosted this kind of event and made a goal to grow around 1,000 pumpkins, a mark which they went over by “a couple hundred.” The R’Garden is also responsible for the fresh fruits and vegetables that the R’Pantry gives to students facing food insecurity.

Organizations were tabling and among them was R’Kids, who were raffling prizes and doing face painting to raise funds for their club. The mission of R’Kids is to create a safe space for students and parents in the UCR community. The club aims to have a support system composed of individuals that understand the struggles of being a parent at UCR. Yvonne Marquez, a fourth-year history major and president of the R’Kids organization mentioned how they’re trying to become a student resource center, such as the Women’s Resource Center or the Chicano Resource Center.

“The main goal of this event was mainly for awareness, we’ve struggled for a bit to maintain the organization … we’re ignored by the school, we don’t really know how many of us (student-parents) there are,” elaborated Marquez.  The organization is volunteer-based and self-funded, as it receives no funds from the school. They hope to eventually have drop-in child care hours located on campus for parents and their children with multiple staff members.

The office’s main goals is to reach policy goals relating to water, food waste and gas emissions. “UCR is a little off track regarding the policy reducing our carbon footprint, but we definitely improved with reducing our food waste,” added Gianna Palala, a fourth-year public policy major. Playing the trivia game was definitely a new, innovative way to help educate students and families and winners got a small thermos.

The first 250 to check in also received a free vegetarian meal catered by Plant Power Fast Food. Participants had the choice of three-piece tenders or a “beefy” cheeseburger, and the line for the food was especially long. The Kona Ice truck was in the same area to help attendees beat the heat alongside the Sweet Stop food truck, which sold funnel cakes and other desserts.

“We heard about the event by email,” said Moraima, who did not provide her last name. She brought her son to the event to enjoy the festivities. “We wanted him to pick a pumpkin out,” she finished. The pumpkin patch was a popular attraction, with people of all ages purchasing pumpkins or just taking pictures with them.

The Fall Harvest Festival was an educational experience full of resources to help improve your life, from hanging back and enjoying seasonal festivities to watching live cooking demos with fresh produce.

Meals that will surely impress for $10 or less! 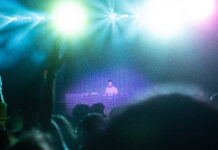