On Tuesday, Oct. 29, ASUCR hosted a commencement focus group in order to allow students to brainstorm alternative locations for commencement. Commencement will tentatively be taking place at the Toyota Arena in Ontario.

The event began at 12:30 p.m. and pizza was available for attendees. ASUCR President Julian Gonzalez began the focus group by stating that as student body president he “wants to make sure that the student body and their opinions are heard before I meet with Wilcox to negotiate with him.” Gonzalez then presented the same powerpoint that was presented by the Dean of Students Christine Mata and the Assistant Vice Chancellor of Alumni and Constituent Relations Jorge Ancona during the Oct. 16 ASUCR meeting. This powerpoint outlined how the administration was looking to change some traditional aspects of commencement that presented problems.

The proposed changes presented by Ancona and Mata would move commencement from campus to the Toyota Arena of Ontario. The changes would also mean that the names of graduating students would not be called as they walk across the stage; instead, their names would be flashed on a banner-like screen. After students protested, the administration announced that they are committed to saying names at graduation. However, they would need to have more discussions in regard to the location of commencement.

When they were presenting the powerpoint on Oct. 16, Ancona and Mata identified individual recognition of graduates as a priority for students. This prompted Gonzalez to state during the focus group, “I kind of find it funny that even though they highlighted that recognition of individual graduates is important to students, they still decided to take away the one thing that did that from students.”

Gonzalez then encouraged students to brainstorm alternate locations besides hosting commencement at the Toyota Arena as well as express any concerns or questions they may have. While discussing with students, Gonzalez noted, “If we were to move commencement to the Toyota Arena, parking would not be paid for or free. Our families are going to have to pay for parking.” He noted that this would also affect business in Riverside because it is a weekend where families are eating at the restaurants at the UV and paying for Riverside hotels. Gonzalez stated that all of that business will move to Ontario. 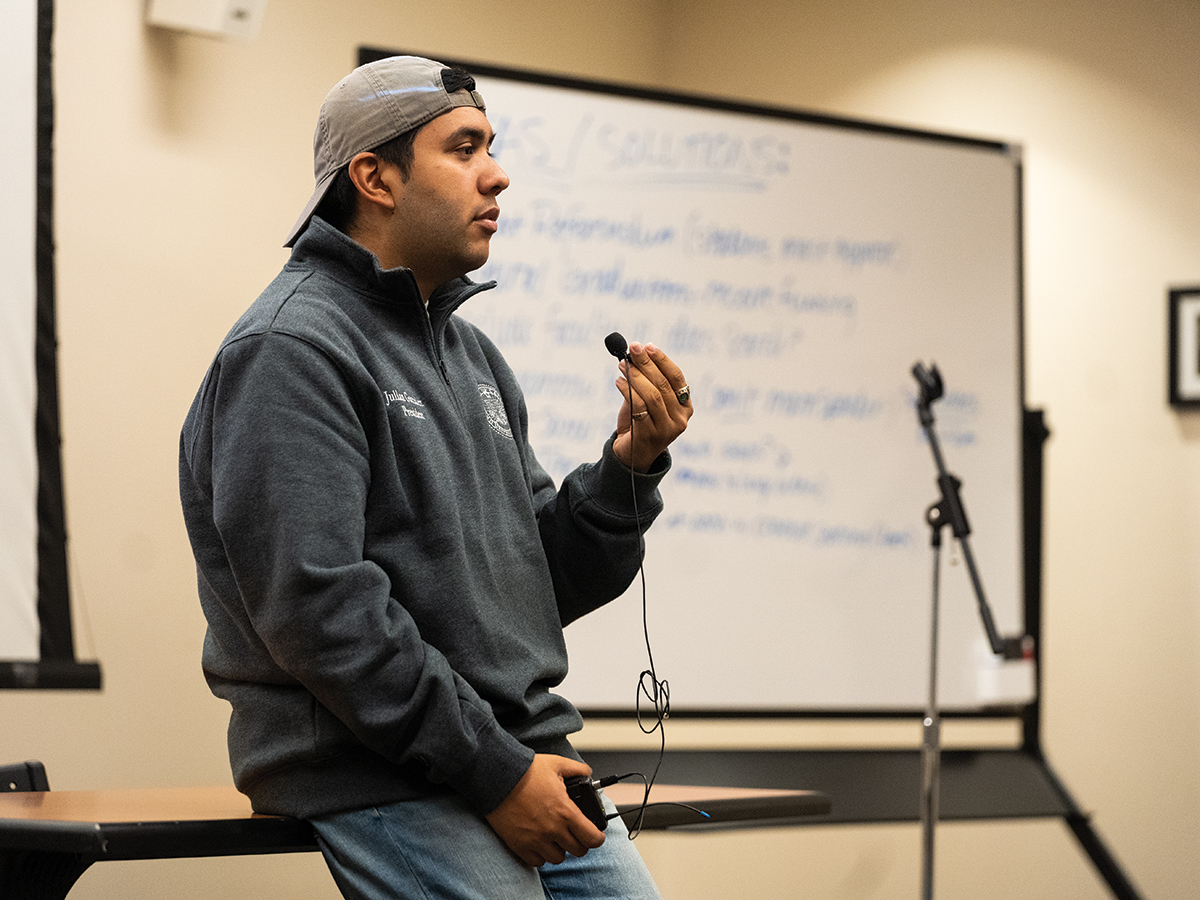 ASUCR Executive Director Laurie Sinclair then began writing student ideas on a whiteboard. One student proposed that commencement take place on the baseball or soccer fields on campus. Many students also suggested that UCR host smaller and more intimate ceremonies in various campus locations hosted by departments. They suggested that funds be allocated to departments to let them host their own commencements. Students noted that while it is traditional to have Chancellor Wilcox present at commencement, it is not a crucial aspect for commencement to many students. Some students suggested that having professors or the head of departments hand students their diploma is more intimate and meaningful.

During the discussion, Luna Sebastian, the ASUCR personnel director then stated in reference to the survey answers that Ancona and Mata presented at the Oct. 16 ASUCR meeting, “A question that would have been important to ask students who participated in the survey is if they had to go through commencement again, would they rather have it on or off-campus … maybe they did not know what impact their responses would have.”

Gonzalez also stated, “I am hoping to present something in the next two weeks to the chancellor. I know that he is probably waiting for something to be said right now because I do not think he will continue with any plans until he gets the final proposal from students.” Gonzalez stated that even if Wilcox were to proceed then that “is when it would get messy because he would violate shared g

Fourth-year biochemistry major Martin Lopez stated, “We can probably separate smaller schools into smaller commencements. I know that the real problem is CHASS. They have too many people but CNAS or BCOE have way smaller graduating classes.” Lopez then went on to state that if they could, they could just put the smaller colleges into their own areas and reserve Pierce Lawn for CHASS. He stated, “Even separating by major would help a lot because I know there’s probably a disproportionate amount of say psychology majors compared to others.”

A few of the locations for smaller ceremonies on campus suggested by students were the UCR Extension Center, Alumni Center, track field, Hinderaker Lawn, Rivera Lawn, North District, Botanical Gardens, and Glen Mor Field. Sinclair noted that the number of tickets students could receive if smaller commencements were to take place at any of these locations should be taken into consideration.

The event concluded at approximately 1:40 p.m.