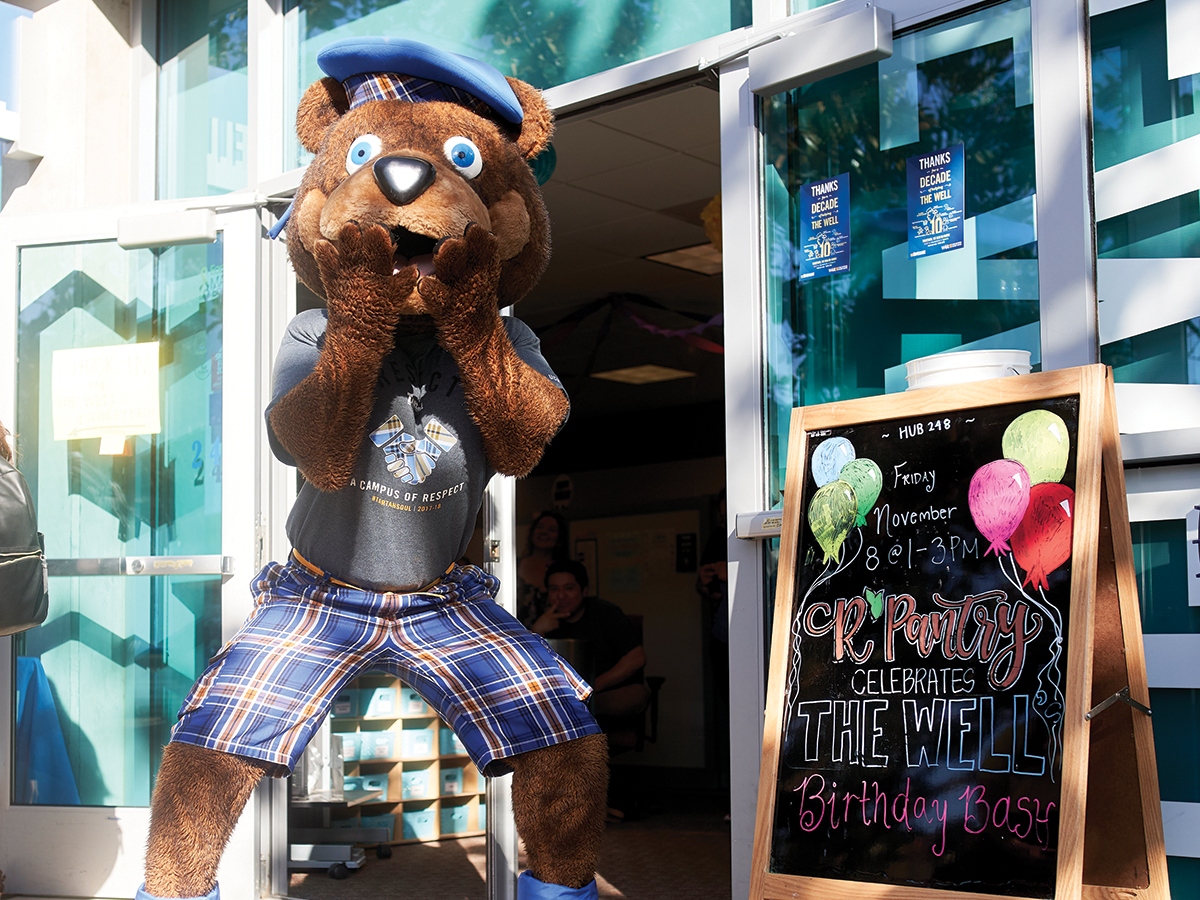 On Friday, Nov. 8, The Well, the campus health center, celebrated its 10th anniversary since its establishment. The center threw a birthday celebration from 1 p.m. to 3 p.m. at the HUB 248, to commemorate its years of providing services to UCR students from sexual health to mental well-being.

“It’s promoting all the efforts that have happened across the years, including the peer programs, the increase in staff, and just everything we have done,” said Mental Health Educator Connie Marmolejo.

The Well has been a vital resource center for UCR students for over a decade. It provides student assistance through programs like the R’Pantry or by directly helping students with sexual protection, mental health advising and simple leisure. Marmolejo said it’s the place to get “condoms, tea, naps, and sleep masks.”

Aside from these services is a history of getting students’ mental health into the mainstream discussion and garnering approval from universities to provide such resources.

Jonathan Godoy, the budget personal and program assistant, explained to The Highlander how The Well was created. “There was a whole mental health initiative where a lot of UCs decided to invest resources into a new department for assistance. On this campus in particular, it became The Well,” said Godoy. “In the beginning of its inception, it basically focused on student mental health.”

Since its conception, The Well grew to oversee facilities that became vital to students’ everyday lives — most notably, the R’Pantry, which is a food resource that provides for students that can’t afford their own substantial source of daily meals. This brings attention to widespread food insecurity among UCR students. The R’Pantry is open to any UCR student, though the staff encourages students to prioritize those who truly need it.

The anniversary event included a displayed timeline of the center’s most significant moments, and a large part of it is the R’Pantry’s development. Devon Sakamoto, the current director of The Well, spoke about its growth. “2015 is when we started overseeing the pantry, but it was in a tiny space at the Bear’s Den,” she said. The R’Pantry moved to its current location at Costo Hall in 2017, and in 2018 they were able to form a peer group to run the pantry.

The Basic Needs and Aid Referendum, recently passed in February 2019, boosted funding for the R’Pantry so it can provide for an even wider array of students. This achievement marks The Well’s most recent milestone on their timeline.

Another achievement is Active Minds, an overall expansion of the student mental wellbeing initiative. Active Minds, advised by Marmolejo and The Well, is a student-body advocacy group for mental health awareness. Students find peace of mind by sharing and hearing struggles from other students who are in the same situation. According to the website, it is now nationally recognized and leads the cross-country discussion on young adult mental health.

One of the activities was petting a pony named JJ, a miniature horse and service animal used for therapy. The organizers hosted this particular event to match what a 10-year-old person might want for their birthday.

Cruz Ramirez, an undeclared first year shared his first experience at The Well that day. “I was actually dragged by my friend, but after I heard there was a pony that I could pet I didn’t even need to think twice. The pony was lit and so was the food,” Ramirez said.

Shamika Martinez, a fourth-year liberal studies major who frequently visits The Well shared her experience, “I was walking by the HUB and saw a poster that the Well was going to have a party and they were having free massages which was the selling point for me.” Martinez added, “The massages were really good actually and it lasted around 5 minutes. The music kind of helped me relax.”

The Well concluded their event at 3 p.m. However, the activities and resources at the Well don’t end there. As Martinez stated, The Well provides many resources for students such as condom services, peer mentor programs, sleep sessions, free tea and coffee, sex education and mental health programs. “I try to come at least once a week and I just check in and check what events they’re holding. Anyone is free to come in,” Martinez said.

More of their featured events include Peanut Butter and Jogging, which will be held on Nov. 15 at 8:50 a.m. at HUB 248. More of their events and workshops can be found on their website at well.ucr.edu.