On Wednesday, Nov. 13, President Pro Tempore Preeti Juturu discussed making the distribution of R’Gear a required event for senators to attend during their seventh meeting of the quarter.

During Public Forum, Juturu stated, “Considering the fact that we allocated funds for R’Gear, it seems only appropriate and right that the senators who allocated the funds help to make sure the actual event moves forward by being at the event, working the event and being present.” She noted that with required events, senators do not have to be present the whole time if they have class, work or conflicting events. Juturu stated that she thinks that it is inappropriate for them to allocate money to this event and not be present.

“My executive fellows from last year sitting on the horseshoe who were there volunteering last year know exactly just how difficult it was, especially considering the fact that ASUCR members themselves were not even present last year,” stated Juturu. She went on to state that she knows that, “a lot of the senators last year had even taken their R’Gear prior to the event and did not actually volunteer.”

She concluded her comment by stating, “I will be making sure and constantly pushing for R’Gear to be a required event for senators. I hope that I can gain all of your support in this.”

EVP Cortes noted that senators could motion to make R’Gear a required event but she did suggest that senators hold off on doing so since the distribution of R’Gear will conflict with ASUCR’s regular meeting time. R’Gear will be distributed on Wednesday, Jan. 15, and distribution will occur from 4 p.m. to 8 p.m. An ASUCR Senate Meeting will be taking place that same day beginning at 6:45 p.m.

The meeting then moved on to Senator Reports. During Senator Reports, CHASS Senator Miguel Ramirez spoke about the American Federation of State, County and Municipal Employees (AFSCME) 3299 strike that took place all day on Wednesday, Nov. 13. Ramirez stated, “I was extremely disappointed to not have seen more members of ASUCR present. The workers are extremely important for the functioning of this university and this school system … The union between students and workers is incredibly important so I was disappointed to not see more of ASUCR members present.” 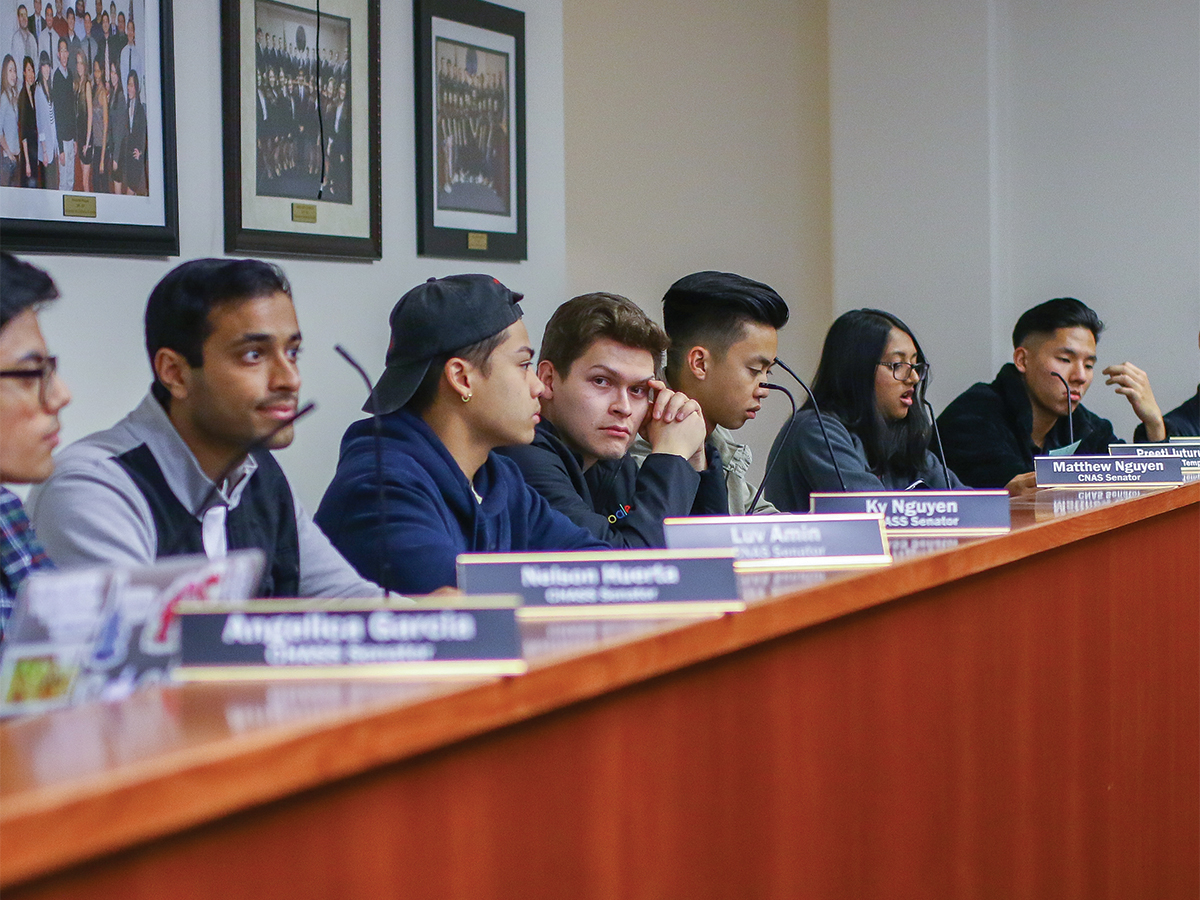