On Wednesday, Nov. 13, the American Federation of State, County and Municipal Employees (AFSCME) 3299 held an all day strike between the Arts and CHASS buildings to protest outsourcing and other unfair labor practices that affect UC workers.

In an interview with The Highlander, Senior Cook, AFSCME Executive Board Member and Bargaining Representative Jesse Hernandez stated that the reason for the strike was not about healthcare or pension like it had been in previous years. This strike was focused on the six unfair labor practice charges the university is facing in regards to outsourcing. These unfair labor practices directly affect UC workers because it “prevents them from becoming career workers for the university,” stated Hernandez.

One of the charges is about the violation of contracts. Hernandez told The Highlander that UCR has renewed contracts with outsourced vendors, some for five and up to 10 years. “UC has not been communicating, they are renewing contracts without notifying the union, which is in violation of good faith bargaining,” stated Hernandez. Hernandez stated that this struggle has been going on for the past three years and that striking is their last resort since they have not seen any improvement or negotiation.

Ultimately, AFSCME is committed to securing jobs for workers on campus. “As UCR is growing and expanding our jobs are not growing and expanding,” stated Hernandez in regards to the campus expansion project. Hernandez explained that the Dundee Student Housing and Glasgow Dining Projects are Public-Private Partnerships (P3) projects where an outside developer assumes a major share of the risks in terms of financing and construction, from design and planning to long-term maintenance. UCR then leases the building but because they do not own it, workers are confused as to who will be maintaining those buildings. “Is it going to be careers or contracted outsourced workers?” asked Hernandez.

AFSCME’s goal is to get fair contracts with the university and “if they are not negotiating they need to meet in the middle,” stated Hernandez. He has seen improvement since past strikes, adding, “we’ve been so far apart for three years that every strike has got us closer and closer to finding negotiation.”

At noon, student workers joined a march to showcase their support and solidarity for their fellow UC workers. “No one would have a job without students, not even Chancellor Wilcox,” stated Hernandez. He added, “for students to show their support it really means a lot to us. Now all we need is the support from administration.” 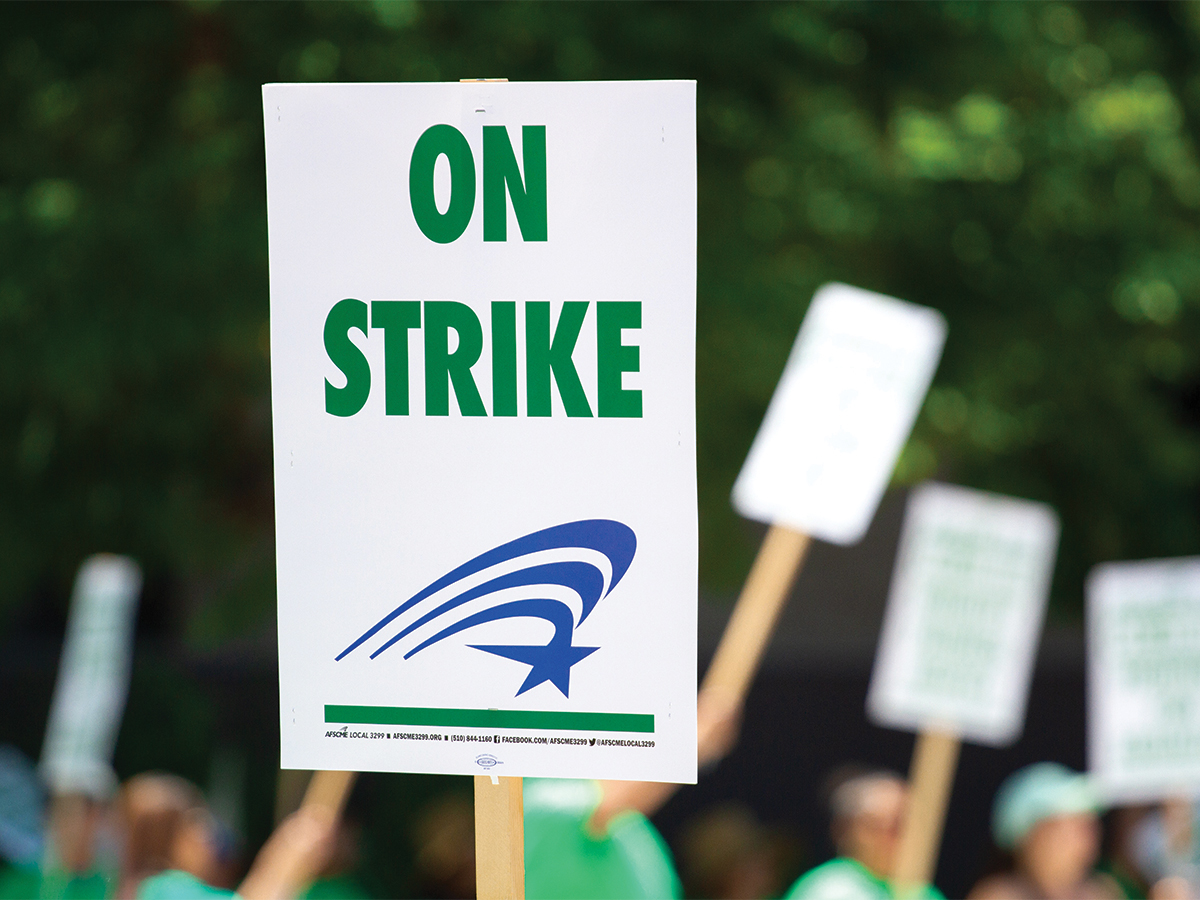