The first two phases of construction for the new parking structure located in Lot 13, also known as Parking Structures 1 (PS1), is set to begin on Monday, Jan. 20. This will commence Phase A and Phase B of the year-long project schedule, which will close down the eastern half of Lot 13 and thus result in the loss of 487 blue pass parking spaces.

Transportation and Parking Services (TAPS) is aware of the inconvenience this may pose to blue Lot 13 permit holders and according to their website, they began making changes in July to prepare for the closure of the approximate 500 spaces. These changes included a marketing push for alternative commuter options such as carpool, bussing and walking. TAPS also increased utilization of all permitted parking spaces including on-campus residential parking.

The loss of spaces will increase the demand for parking during peak hours and TAPS urges those who are coming to campus at those times to consider alternate parking or transportation options such as the Hunter Park Metrolink station. TAPS is also currently contacting and relocating Lot 13 permit holders who will be affected “based on existing waitlists and parking lot utilization.”TAPS advised permit holders to avoid going off-campus for lunch or local meetings on their website.

The mission for the entire PS1 project is to add 800 new parking spaces by next year. According to their website, TAPS hopes to create an “open concept parking structure that will achieve energy conservation and incorporate enhanced parking space features by integrating modern technology” including parking permit dispensers, a tire inflation station, Wi-Fi interior and exterior, solar ready roof and a parking space counting system. TAPS hopes to design a structure that “promotes a safe vehicular, pedestrian, and bicycle friendly environment with the inclusion of bicycle racks, security cameras, and open views.”

The structure will reflect TAPS’ mission to provide sustainable building operations by delivering the project with a minimum ParkSmart rating of ‘Bronze’ by the Green Business Certification, Inc. (GBCI) as well as meet Cal-Green building codes and provide 104 Level-I electric vehicle charging spaces where electric vehicle owners can recharge vehicles at lower costs.

Phase B of construction is set to conclude on Friday, May 15, which will open up 93 of the blue spaces that had previously been closed down and more spaces will be gradually opening up after late fall quarter 2020. The project is set to conclude during winter quarter of 2021. TAPS representatives did not respond to The Highlander’s requests for comment. 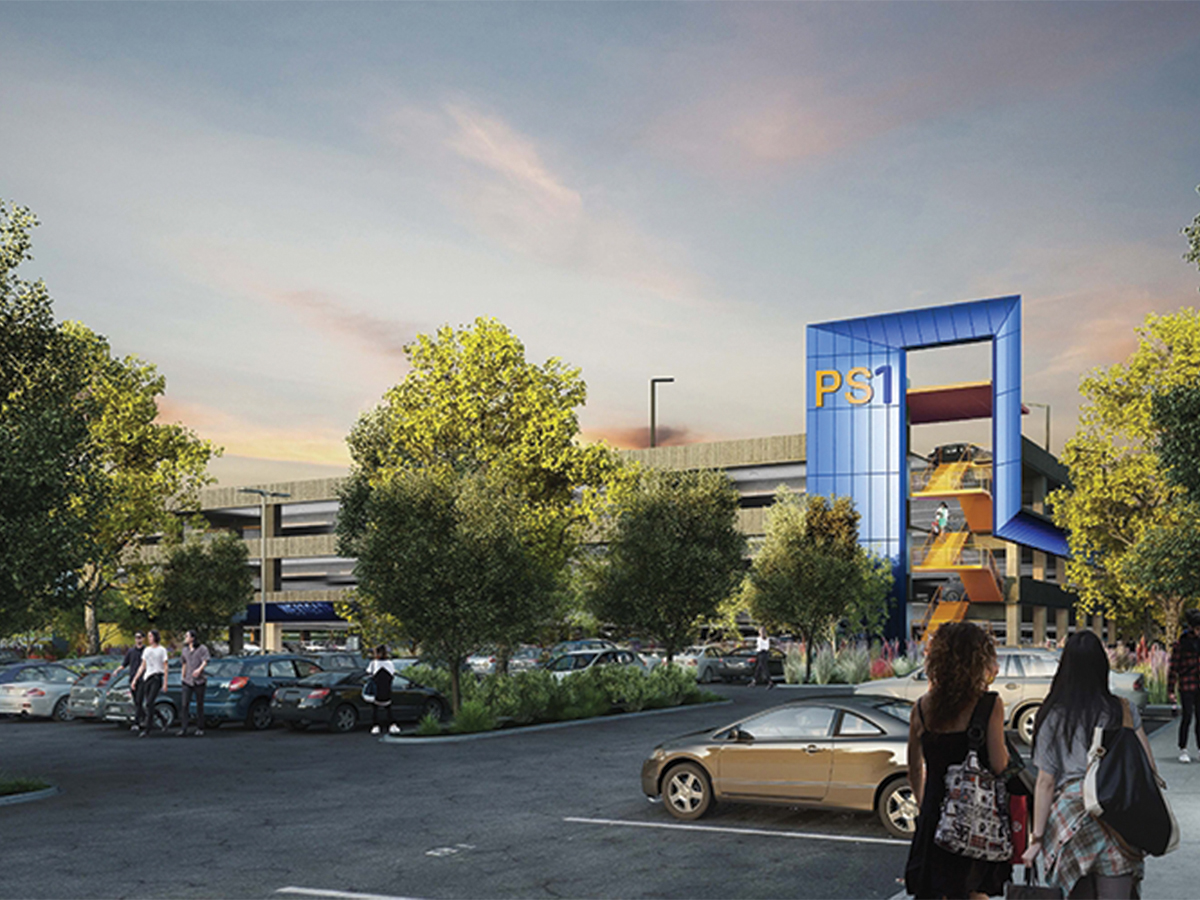