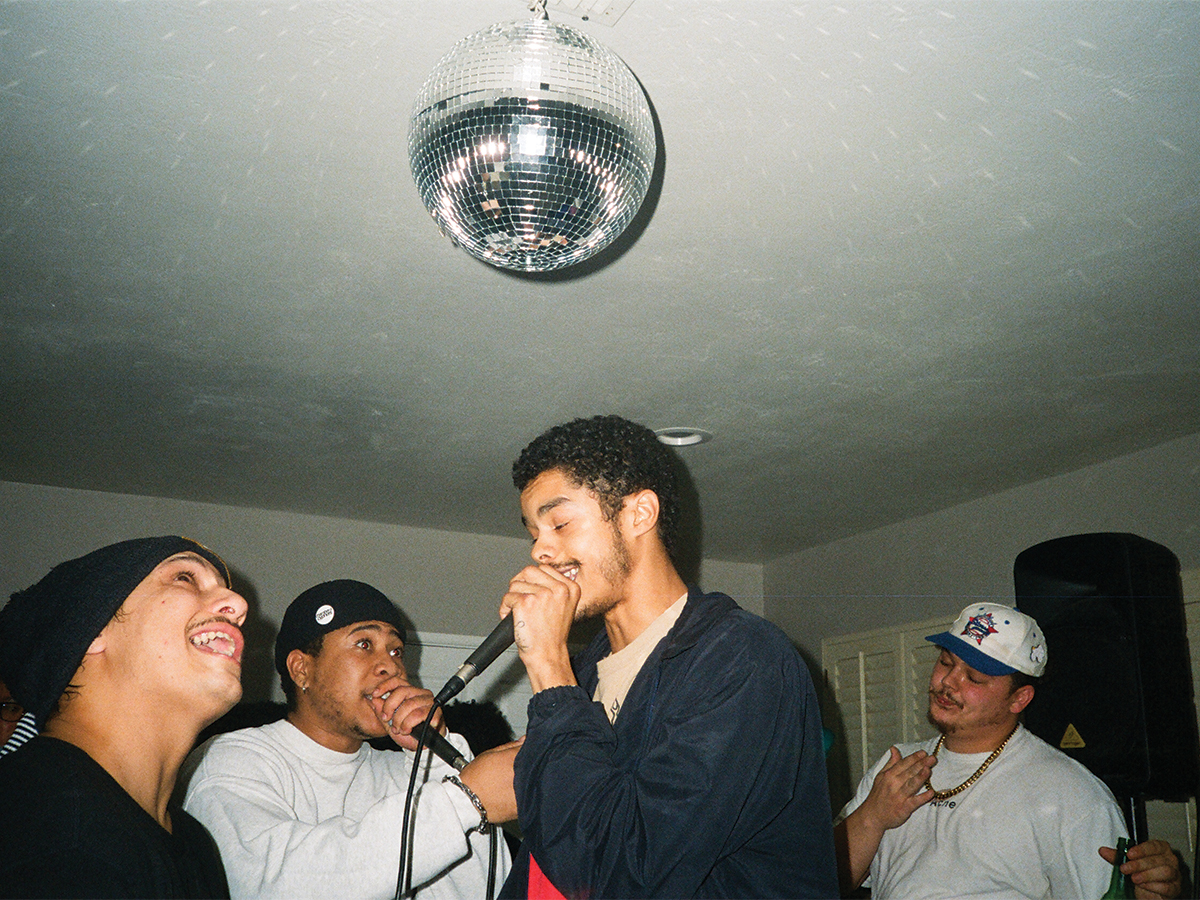 The legitimacy of the Inland Empire music and arts scene has always been a hot topic of debate between folks from Los Angeles and people from the Inland Empire (IE). This subject gained even more attention in early September when musician Tyler the Creator took to Twitter to defame Moreno Valley and publicly thank his mom for not moving his family to the IE in his younger days. This implies that the artistic scene in the IE is dead. Some people agree and think LA is the only place to be when it comes to cultural scenes in Southern California, while others represent the IE to the grave. However, some people might argue that the IE is Southern California’s best kept secret. So many young creatives are forming music and art collectives all around the area like Chamber of Cyphers, Future Soul, Golden Girls, Serious Cartoons and Inland Mujeres, alongside musicians like Quitapenas, Brainstory, Foreign Native, Maxo, Xinxin and Hook. With these and so many others emerging from the scene, it’s hard to deny that the IE is a force to be reckoned with. Furthermore, what makes the IE’s culture so different from any other artistic city is the sense of community, a lack of ego and a shared love for the spaces we inhabit. A perfect example of this can be found in the small yet vibrant innovative spaces of Riverside and Rialto.

First, let’s take a look at Chamber of Cyphers, a music and art collective that pioneered the beat and hip-hop scene in Riverside and the surrounding area within the past two years. Chamber started as an artist meetup in the small guesthouse of one of its founders, Ugo Nwagbala; IE creatives would pack into the tiny living room to dance to the mixes of resident DJs like Wolfstone, AYCE, Will of Realms, Kandy and Sample. What makes this event all the more special is the participation from the audience to engage and create live art by freestyling to original beats by resident DJs and local beat makers. The small quaint living room is a safe space for freedom of expression through all five senses for the audience to rap, sing and dance to the beat of their individuality. Furthermore, Chamber of Cyphers makes it a point to gather artists from all around the IE into one space and in doing so has created a strong network between the creatives in the area. Over the past two years Chamber has hosted nights in venues across downtown Riverside, Redlands, Pomona, Highland and their DJs have even performed in LA. Despite this, the Chamber of Cyphers team has remained committed to the certain je ne sais quoi that makes their events so great: their sense of community and focus on the love for the arts. Chamber is still alive and thriving in a new clandestine living room and if you’d like to find out how to be a part of the community, you can look them up on Instagram and join the movement.

Another example of the strong sense of community that exists in the IE arts scene came to life in the living room of Brainstory’s childhood home. On Nov. 30, the band hosted a release party for their latest project, “Buck,” in Rialto, California. Brainstory is no stranger to the IE area as they have been performing at places like Back to the Grind in downtown Riverside, KUCR events and house shows over the years. Within the past year or so the band signed to Brooklyns soul lowrider power house, Big Crown Records and produced their debut album in New York.

Although they have grown immensely since they first started in the small confines of Inland Empire backyards, Brainstory has not lost touch with their roots — choosing to throw a show in their parents’ home is a testament to that dedication. Although they don’t live there anymore, they wanted to host the event at the place where it all started, which was humbling and created a safe and intimate environment for the show. It really started to feel like an IE show when bassist and singer Tony Martin started to sing “I want Baker’s” as his vocal warmup. As the night went on the band’s two old hound dogs roamed around the living room as we all danced and sang to our favorite songs off “Buck” together. Brainstory shouted out members of the community several times, including the DJ of the night, Brian, who was a local skater that members of Brainstory claim was a mentor to them. The band even had local rapper from San Bernandino Cam Gnarly get on the mic for the song “beautiful beauti.” People from all around the IE trickled into this small cozy home to hear Brainstory give the most heartwarming and intimate performance I have ever had the pleasure of witnessing. Furthermore, Brainstory was humble enough to open up their own show and let the Tropicalia group, Quitepenas, close the night out with their high energy songs. What made the experience all the better was everywhere  I looked there was someone I recognized from a different show in the IE. Even when talking to strangers, there were always interconnected experiences, like being at the same show or having listened to each others bands without knowing each other personally.

The IE scene is a strong, diverse and humble one that takes pride in the community that shapes it. Collectives like Chamber of Cyphers and musicians like Brainstory and Quitepans have gone on to tour all around America, but have not forgotten the people and places that supported them from the beginning. There is no ego that grows when moving from these modest backyard shows to the big city stages of New York and LA because we know that the love born at home is something to be carried into every new destination.