On Thursday, Jan. 16, the UC Board of Regents held the first town hall open forum for students, faculty, staff and stakeholders to voice their thoughts on the selection of the new president of the University of California. The event was held on campus in HUB 302.

Following the announcement that UC President Janet Napolitano will be resigning from her position at the end of this school year, the Board of Regents were tasked with selecting the next UC president. The board chair appointed a special committee within the Board of Regents to globally search for the new UC president. The committee consisted of 10 regents. “This is the first UC presidential search in which a special committee is going beyond what is written in policy and make itself available to input from additional stakeholders of the public,” said vice chair of the Special Committee on Nominations Sherry Lancing. Lancing introduced the purpose of the town hall, which consisted of the special committee listening to the comments of various speakers to help their decision-making process.

All of the speakers voiced their desire for the board to select a president who will address UCR’s internal and external issues. Vice chairwoman of the special committee, Cecilia Estolano, said that she wanted to appoint someone who is excellent in collaboration, has the respect of faculty, is a strong advocate for students, understands patience and maintains dedication. “I want that president to exemplify the importance of diversity of experiences, boldy moving forward, constantly innovating, taking risks and investing in those who receive the least resources,” said Estolano.

Graduate Student Association (GSA) President John Haberstroh said that the next UC president must have the courage to face sensitive issues and stand against the majority if necessary. Haberstroh addressed the hardships that many graduate students face in the UC system including depression, food insecurity, homelessness and financial instability. He stated that the next president must strive for the betterment of struggling UC students.

Several UCR students and instructors pointed out the limited resources, staff and facilities within certain courses that prevent the graduation of many students. Multiple speakers voiced a deep concern for the low funds that UCR receives compared to other UC schools. Silvia Ferrer, fourth-year political science and English major spoke about how resources in place at UCR had helped her succeed. “I would not have the peace of mind to make the most of my college experience without them. But these programs are substantially underfunded, which comes as no surprise considering that UCR is the lowest core-funded campus in the UC system,” she said.

Media and cultural studies professor Patricia Morton stated that UCR is the most underfunded UC because it is the most diverse UC with the most number of minority students; she stated that this is a prime example of institutional racism. Morton said, “We understand that there are weighted allocation algorithms that are involved in this, but we still believe this is an instance of institutional racism because we also educate more underrepresented minority students than other campuses.” 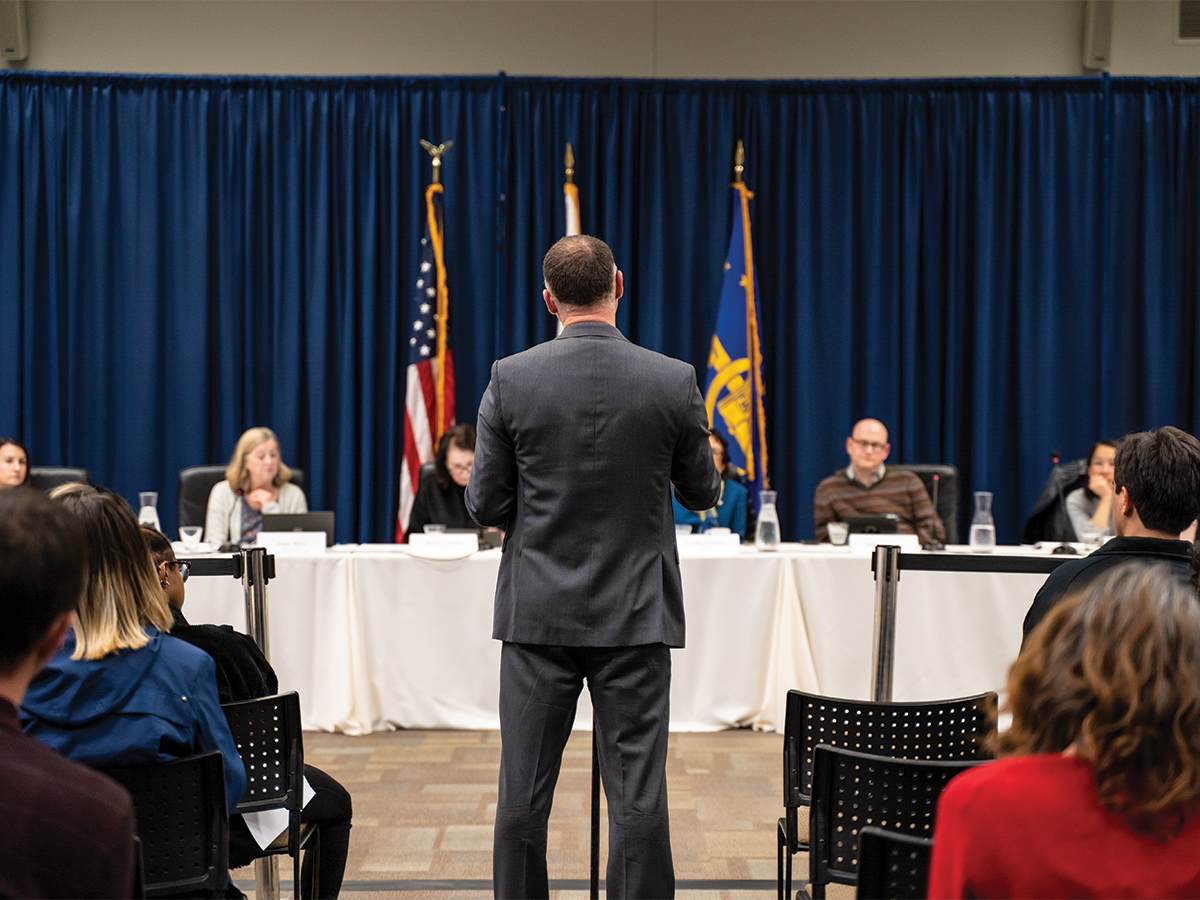 Many speakers voiced a need for the new UC president to be someone who advocates for diversity and inclusion. They emphasized the need for a president who could represent the underrepresented within the UC school system. Vice Chancellor of Advancement Peter Hayashida voiced the priorities that the new UC president should have, such as academic excellence, access and diversity. Hayashida stated, “A president must align with our values … To me this means strengthening our support of California residents, DACA recipients and low-income and first-generation students.” Estolano said that accessibility to the UC system is an important issue that should be addressed. Regarding the students admitted to the UC school, she said, “We need to show that we truly are an avenue for mobility … Any smart kid that’s in high school ought to be able to go and there shouldn’t be a barrier for costs.”

Student speakers voiced their support for AFSCME 3299 movement. This movement protests against the practices that they believe the UC system implements on its workers, such as outsourcing low paying jobs, raising health care costs and providing unfair payment and benefits to their workers.

Associate Director of Sustainability Brian Siana voiced the urgency of the climate change and called for the next UC president to acknowledge and take immediate action to reduce carbon emissions in the UC system. Estolano said that the president must work to significantly reduce greenhouse gas emissions in the UC system and create a sustainable model that the UC community can follow. Estolano stated that the new president should acknowledge the UC system’s role to educate the leaders of the nation and advance research made within the institution.

Regarding the forum, Estolano stated, “The passion that the folks feel about the mission of the university and their deep affection for this campus came across loud and clear.” She emphasized that the UC Board of Regents’ process of choosing the next UC president would be thorough. “I think it’s probably the most prestigious appointment in higher education,” she added.

Director of Government Relations of ASUCR’s Lobby Corps Vincent Rasso expressed his concern with the Regents’ proposal to increase tuition over a period of five years. He stated, “This hasty proposal breaks precedent by not being heard by a committee, lacking student input and affecting entire years of students.”

When the event ended, the board thanked all of the speakers and said that there will be three upcoming town hall meetings on UC campuses. The dates of the upcoming forums will be posted on the UC Board of Regents website.