Hundreds of students lined up outside the Student Recreation Center (SRC) on Thursday, Jan. 15, for the annual distribution of R’Gear led by ASUCR. The Highlander met and briefly spoke with Carolyn Chang, the vice president of finance, who was in charge of organizing and leading the event.

She informed The Highlander that this is the sixth year in a row that ASUCR has organized the distribution of free UCR apparel for undergraduate students. Chang has been involved with ASUCR for four years and was happy that the event was going according to plan. Chang stated that she worked alongside two other people to plan out the logistics of the annual event. She also had to find a vendor that would make the sweaters within the budget price so that it could be approved by the ASUCR Senate.

According to Chang, they ordered 4,000 sweaters. When deciding on a design, Chang and her team were seeking to produce something “trendy,” and they wanted to incorporate mountains because UCR’s campus is surrounded by them. They spent months planning this event.

Chang said that she felt that R’Gear was a productive way of spending money that derives from student fees. Chang stated that R’Gear is open to all undergraduate students and is therefore the best way to “benefit as many students as possible.” 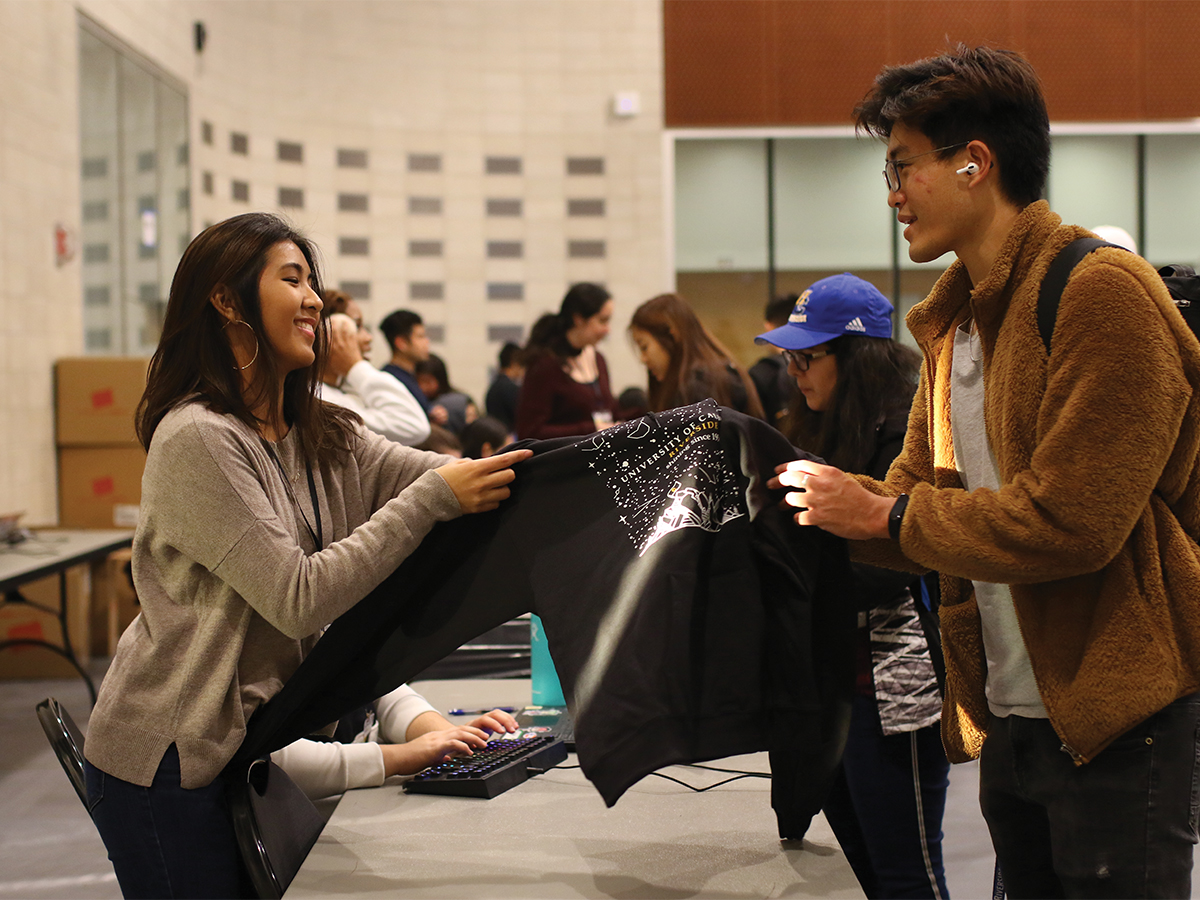 According to ASUCR’s social media posts, there was a distribution of wristbands with priority given to freshmen in order to ensure first years would receive a sweater. The wristbands soon ran out and students were advised that without a wristband, they would not be guaranteed an apparel item but were more than welcome to wait in line and see what was left by the time they reached the front. Many students decided to wait in line despite the warning; many said that their wait ranged from an hour and a half to two hours.

Alaa M., a first-year pre-business student, who asked that her last name be withheld, said that she had been waiting in line for almost two hours. Alaa stated that while she was supposed to be given priority because she is a freshman, she was not given a gold wristband that distinguished freshman students from upperclassmen.

Alaa was instead given a blue wristband and placed in line with everyone else. She suggests that perhaps ASUCR could be “more organized” when putting on events this big. Alaa felt this was an efficient way of spending student fees. She stated that the free apparel is a boost of motivation to do well in the quarter and something to look forward to every year.

The event officially ended at 9 p.m.